Bloomingdales suggests you intoxicate your lady friends for Christmas

She’s laughing, but what is the look on his face saying?

Plus, eggnog is commonly already alcoholic, so what exactly is there to spike it with further?

Sorry, there’s definitely something creepy going on there.

Personally, I would never spike someone else’s drink, male or female, but that’s because I’m a borderline alcoholic (get your own damn booze.)

I can’t decide if it’d be more offensive or less offensive if it said “spike A TOTAL STRANGER’s eggnog when they’re not looking”.

All I’m going to say is this. If your best lady friend is over at yours for Christmas and ISN’T consentingly getting drunk with you, you’re probably not as close friends as you thought.

The number one rule of holiday parties is that there’s never enough rum in the eggnog to make the party bearable. Nobody was thinking roofies when they made this, it’s just a tone-deaf joke about drinking too much. It was meant to get peoples’ attention, and look, it is!

Nobody was thinking roofies when they made this, it’s just a tone-deaf joke about drinking too much.

Ladies and gentlemen, I present to you: Rape Culture! Season’s Greetings!

Ladies and gentlemen, I present to you: Rape Culture! Season’s Greetings!

Eh…I think this particular reading of it might say something about the folks most offended about it. I still marvel that it got past the brainstorming session, though.

She’s laughing, but what is the look on his face saying?

Admittedly I’m horrible at reading people’s facial expressions, but he doesn’t look creepy or longing to me, he looks…bored? Indifferent? Contemptuous? 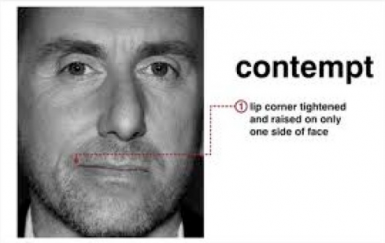 I would agree that his look is not really contempt, it is much more a look of disgust.

However, IMHO, the ad is clearly, at best, inferring that the guy had “to get the stupid* bitch** drunk so she’d loosen up and fuck***” him willingly.

Not a good look for a place selling sweaters… or anything really.

*Her hysterical laughing (at what we can only presume from the context is a lively conversation with his sexual rival)
**His aforementioned disgust
***The skirt that is not only relatively short but which also has the look like it’s been torn apart. The meaning of the frayed skirt isn’t subtle given the message is about drugging her.

EDIT: The extreme (Tim Roth?) example of disgust… the model’s face is really a tweener between contempt/disgust: 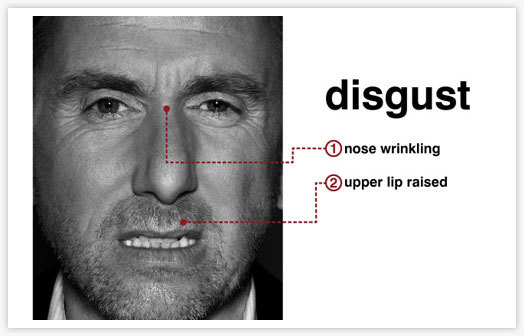 I have to agree with Mal_Tosevite, the look on his face seems very much like someone who’s had a joke played on them to me.
Doesn’t have to be a spiked drink. A Wedgie, a Wet Willie…damn, it’s getting hard to think of a prank that doesn’t have some sort of connotation. Maybe an ice cube down the back of his shirt.

I’m not defending the company, but only making a quick analysis about how the ad copy can change the context of the image completely.

Just before leaving for the opera. Hilarity ensues.

Formal suit. Formal clothes. Expensive purse. Where are they going? Dinner with the boss and his wife? Her parents? The sex party at the country club?

Eh…I think this particular reading of it might say something about the folks most offended about it.

NO. Spiking anyones drink with anything without their consent is unacceptable and falls under the rape culture category even if rape isn’t the intention. It is illegal for starters. Spiking someone’s drink is slipping them something that in some way alters their mental state without their consent, and that is creepy as f*ck even if you are just spiking with stronger booze and aren’t altering their state for additional creepy reasons.

Admittedly I’m horrible at reading people’s facial expressions, but he doesn’t look creepy or longing to me, he looks…bored? Indifferent? Contemptuous?

Because all creepy people look creepy, got it. Golly gee mister, you look like a nice guy with a friendly smile, sure i’ll get into your candy van. psychopaths have very different micro expressions then the average person, you aren’t living in an episode of lie to me, that kind of thinking is naive as f*ck.

the red cup uproar was started by a known outrage faker who was trolling fundies over a made up issue. they were stupid enough to fall head over heals for his troll because of their confirmation bias about the war on christmas.

if you don’t see the issue with an illegal act like spiking someone’s drink without their consent, and think it is “on par” with a red and green christmas cup redesign that isn’t christmasy enough, then there are some PSA videos you should probably watch that would be quite educational.

Contempt? Isn’t that generally what rapists feel towards their victims? I’m pretty sure it’s not respect. 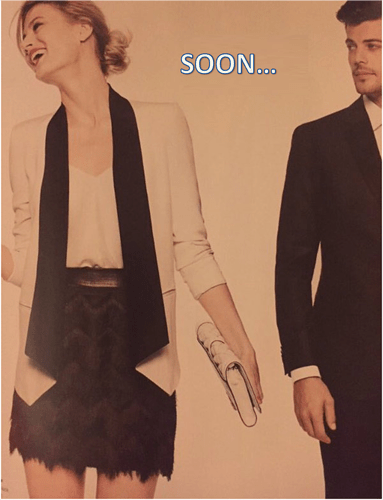 I’m not the only one seeing a visual call out to the Blurred Lines video right?

And pretty much every lady I know (and some fellas) has been dosed at a bar. So no, it doesn’t “say anything” about the people whose mind go there. But it does speak to our lived experiences. I mean cmon we have entire PSA series telling women how to avoid rape and one of the first steps is “never leave your drink unattended, never accept a drink from a stranger” that not in our heads!

What are the holidays without alcohol and a smidge of rape? At least according to Bloomingdales

Ok first off a man’s best friend is his dog. he’s actually telling the wife that he spiked the dog’s eggnog. This is also why the dog is now dead.
and the wife says “hah hah hah John you idiot, good luck explaining that to lucy and little john-john!”

We’re very sorry that anybody noticed!

Wait, aren’t they publicly counselling the commission of a crime?

Isn’t there some sort of law thingie to invoke?

I would say that this is basically what a lot of what clubs and parties are for and that people should all just stop, but as someone who hates large groups of people, loud music, flashing lights, too many social interactions going on at the same time, strangers, too much alcohol etc., there really is nothing that would make me happy being in a place where people dressed like that.

On the plus side, lots more people now know that Bloomingdales is still a thing.