It’s like having a tiny mobile drinks cabinet. One covered in wet leaves and dog poop.

I had that idea when I first saw platform shoes. This compartment is a bit too small. A modded version could be used for smuggling Everclear into a club to save cash on the booze; same volume spikes twice the coke.

The surface contamination mentioned here earlier is an important factor to consider during the design phase.

Hidden compartments in shoes can be used e.g. for storing of a hidden recorder or an emergency cellphone, too. Or a tracking beacon.

Just how high end can they be if they use JW? Or have they, like so many other good brands, simply soled-out ?

I don’t need to see your shoes to be aware of your drinks problem.

Agent 86 used his to conceal a telephone. As if that would ever be possible.

Call me a heel for suggesting it, but it might be suitable for small-scale smuggling of bootleg liquor.

Just don’t try wearing these through the airport.

The European ones are mostly sane and don’t make you take your boots off unless they beep at the metal detector. Just use a plastic cap for the bottle and nonmetallic composites for the rest.

I keep running into Americans who take their shoes and belts off at Canadian airports…and I make a point of telling them that they don’t have to.

In the last decade or so, I’ve only been ‘wanded’ twice, but kept my shoes and belt on - though I did have to unbuckle the belt once to confirm that it was the buckle.

What’s with all the hate for Johnny Dubs? I love me some Oban and Lagavulin too, but for a daily dose, Johnny Black on the rocks is just fine. Good enough for John Francis Donaghy and Winston, good enough for you.

If I’m buying ugly $500 shoes with miniatures in the heels and the logo stitched on the back, I want it to be for properly expensive whiskey.

Or I want these:

You’re probably going to end up in an unpleasant little room with some irritated TSA agents if you wear this to an airport.

If they weren’t so pricey, they’d be perfect for the job.

This kind is supposed to be pretty good for tequila: 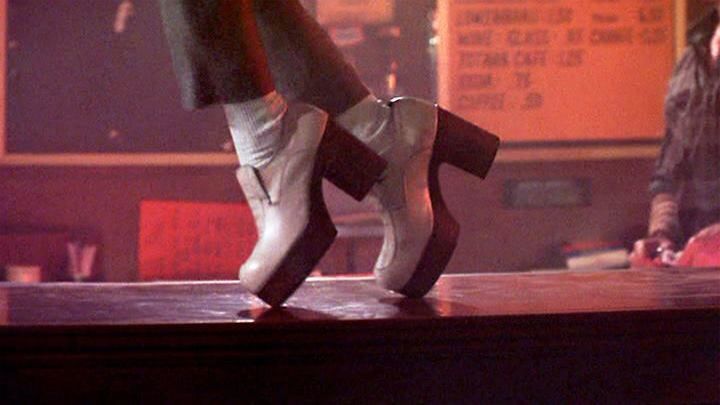 The well-heeled crowd has known about this for years…