Bruder Spaghettus and his German Church of the Flying Spaghetti Monster

Although all records will be lost in the Great Digital Collapse of 2166 those of us who were there will remember that this is where it all began to go wrong.

If you need me I’ll be sitting by myself. 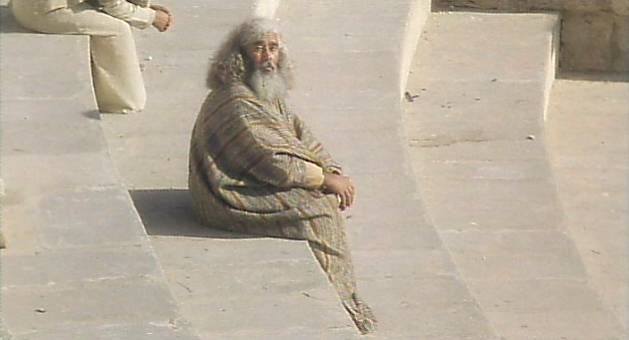 It all started with a row over dinner in an Italian restaurant.

And if centuries from now Pastafarianism is a legitimate (or even dominant) religion, and starts persecuting heretics, well. . . that would be a good punch line wouldn’t it?

" I see ceremony, ritual, processions, genuflecting, moaning, intoning, venerating cookies and wine, and I think… it’s not what I had in mind." --Jesus (a.k.a. John from the film “The Man From Earth”)

Why is he holding a waster?

For that matter, where is his official colander headgear?

He’s probably an adherent of the Spaetzle Monster Heresy. They don’t use colanders, it’s all about the slotted spoon. 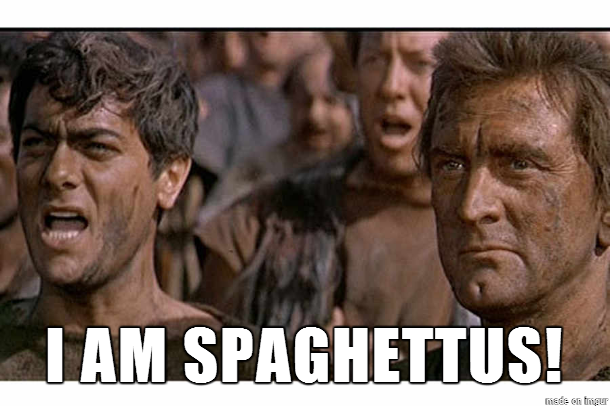 The determination of Germans to escalate a concept once they´ve set their mind to it is admirable and terrifying.

I’ve been thinking that this is how Judaism got started. Some people got together and said, “Isn’t polytheism ridiculous? Let’s make fun of it by starting our own religion with just one god!” And things sort of escalated from there.

And then I realized Freud beat me to the punch with Moses And Monotheism. Maybe the people of Brave New World were onto something deifying him as “our Freud”.

In my opinion, a poster named Jeffrey Fry at the pri.org forum pretty much nailed what it is all about; I’ll take the liberty of reproducing that comment here:

A potentially hurtful parody they are.
They do however, have a point. Allowing civil liberties to those with religious beliefs is the same as denying them to non-believers.
Most Atheists tend to not organize in “religious” groups, but they should still have the same privileges available to them, no matter what they believe.
By choosing to allegedly believe in the absurd, they can insure that they can be treated as equals when push comes to shove. It’s super dumb, but righteous.

Hey, that’s the name of my Barry Manilow cover band!

Dumbledore trimmed his beard. It’s a good look for him.