I’ve never met a Great Pyrenees I didn’t love and who didn’t love right back. Such wonderful animals.

Yknow it’s way easier to just let them get dredlocks. 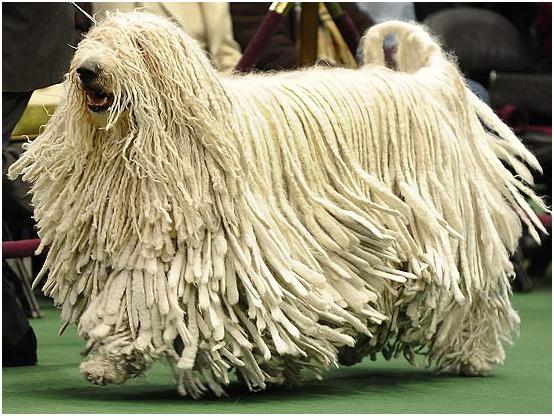 Yeah, tell me about it. 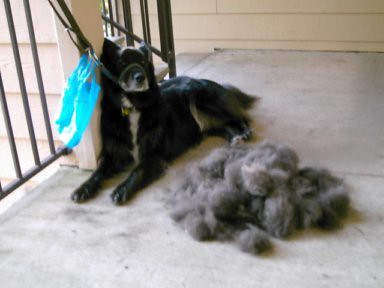 Collecting it for making yarn: 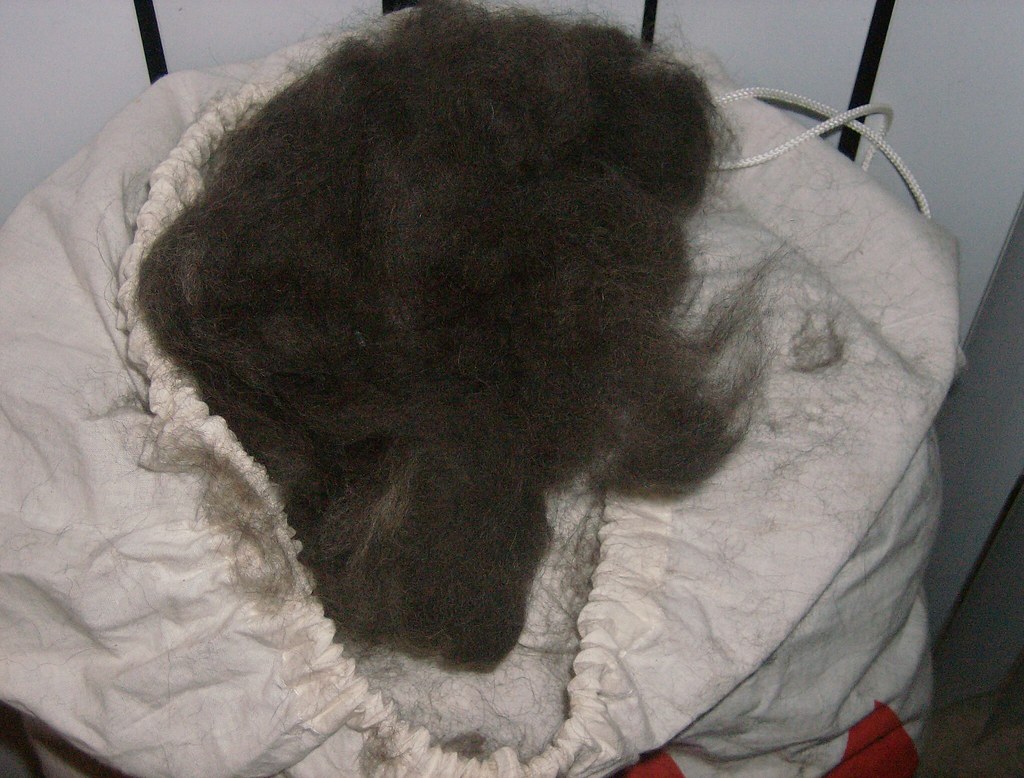 It is crazily expensive (and according to the internets the cheaper ones are counterfeits that actually don’t work as well – don’t know if that is so but caveat emptor), but it really does a fantastic job on heavy coated dogs. It was well worth it for me.

It is crazily expensive (and according to the internets the cheaper ones are counterfeits that actually don’t work as well – don’t know if that is so but caveat emptor), but it really does a fantastic job on heavy coated dogs. It was well worth it for me.

Works fantastically on my maine coon cat, but the large dog size was too small for Nemo and just backed up with hair too fast. The $6 undercoat rake works better for him! I returned the $25 large dog/long fur Fulminator as it just didn’t work for him.

I’ve had good luck with what are apparently called “slicker” brushes. The sort with very fine, bent wire bristles on a curved base. Not sure how well it would work on a large, long haired dog. But it works fine on my mother’s Brittany Spaniel, whom she keeps with his leg and belly hair quite long. It was also the only thing that worked on this weird cat we had. I usually describe his coat as “otter-like”. He had an incredibly dense undercoat that was about as long as the over coat. And he was best described as “oily”, he was water proof basically. If we decided to bath him we had to use dish soap (and a lot of it) to even get the water to penetrate. This made him nastily prone to hairballs and matted patches. And the slicker brush was the only thing that could reliably work through, and thin out his undercoat to solve the problem.

Other than that my grandmother used to just use horse grooming tools. Particularly curry combs. But she also had something for the horses that looked exactly like the “slicker” combs I use now. When she switched to smaller, short hair dogs (and got rid of the horses) she switched to a Furminator.

The best tool we ever used - both in terms of our dog’s tolerance, and the job it did - was a shedding blade. You can find them at any good pet store, but they were originally horse-grooming tools, and the best ones come from equestrian shops or feed stores that cater to horse owners.

Big problem brushing my dog Kira: She has sensitive spots, and if I hit one with a brush of any sort she yelps and just isn’t into hanging around for me to complete the job.

We’re not talking naked fulminating boils. Something small and hard to locate.

I may just chain her up to a railing (as in the photo up above, which is at least five years old) and work her over, yelps or not, until her shag is reduced. My carpets are light colored so hunks of black dog hair really stand out.

Does she still enjoy petting? Try either a shedding blade or a glove brush. Glove brushes are good, b/c then it looks just like you are petting. It reduces anxiety some pets may have about brushes. The shedding blade is nice because it doesn’t dig into the fur at all, it glides along the top, only catching the loose hairs. You might also try a Kong Zoom Groom. We used that for a cat who had very sensitive skin. The rubber is soft and doesn’t seem to irritate like a brush does.
Also, maybe visit a vet. There could be something wrong.

"Winter is drawing to a close in California, … " Ha, ha, ha, ha! That’s really funny! Did we even have a winter?

My cats have thrown up so many hairballs the last two months, I keep thinking it’s summer. Talk about ineffective brushing!

Okay, to be totally truthful, I do live in SoCal not NorCal.