Can you solve the wizard standoff riddle?

Can you choose a wand and devise a strategy that ensures you will win the duel?

Yes! I choose the Wand Of Cheating and use it to bollix their alarm clocks the night before the contest, so they oversleep and forfeit.

Wait, what? There’s rules? But I specifically chose the Wand of Cheating!

Since there doesn’t seem to be any dire punishment for forfeiting one may use the wand of Noether 9000 twice in rapid succession banishing the other two to the mountain-top. (More times if needed for ornery judges.) Then exit the rings quickly to avoid being a cat.

If the above is flawed or too tricky, then just use the same wand on myself and hope I can climb down off the mountain!

I choose the wand of “I’m rubber, you’re glue.”

Why not take the Noether wand and banish yourself to the mountaintop? Then you just have to get off the mountain, you’re not stone, a fish, or a cat.

Unfortunately, I think that means you get turned into a cat since no wizard lost in the first round. =^.^.=

I chose the wand of tropes and set it to “Let’s You And Him Fight”.

Then dump the fish in a bucket, hang it off the statue and then do the cool slo-mo badass walkaway (with sunglasses).

This isn’t fair! I thought this was going to be about wizards, not math. Math is hard. Turn me into a cat!

Pervasive riddle wordplay and technicality utterly ruined this for me.

The problem is that you’re not presented with a single option that produces a result where your opponent isn’t still “standing” at the end. The Bannekar binds, but does not fell the opponent. The Guassian transmogrifies the target into a tree, which is technically still “standing”. And the teleport wand means that there’s a high likelihood that, while your opponent is moved, they are still standing.

I could only conclude that this was a trick question, and there was technically no way to win. I really wish tricky “riddles” hadn’t spoiled this tactics and math problem for me.

My choice: the wand of summoning a flock of seagulls.

The other wizards will conclude that I am no threat, so their optimal strategy is to nuke each other in the first round.

Then the seagulls will eat the fish and crap on the statue.

Does that include the statue and bucket o’ fish slo-mo Baysploding?

Why construct an interesting puzzle with strict rules and then just make up a new rule as the solution? I rejected the “right” answer because “miss on purpose” wasn’t on the list of allowed moves. Boo.

Hey, “put poison in the pre-tournament toast” isn’t on the list either but would guarantee me as the winner. Unless they break the vessel with the pestle. Then I’m screwed.

I want the wand of science that proves the other wands don’t work.

(It’s a wizard duel. Cool wins over “the right way” every time).

Everyone turns into a cat. How is this not winning???

Knock over both the wands. Once the giant is enraged, attack him through his vulnerable eye socket.

The Venn diagram there has a large area of overlap.

The best way is to find some one to substitute for you. Then you have a 100% chance of suffering none of those terrible fates.

Next best option: forfeit at the top of round one. There’s nothing in the rules about not playing at all. The odds are strongly in favor of one of the other wizards going out in that round. And you leave nothing else to chance.

Or pick the 100% wand and banish the officiant. Then there is no one to enforce rules or punishment and call for a draw. 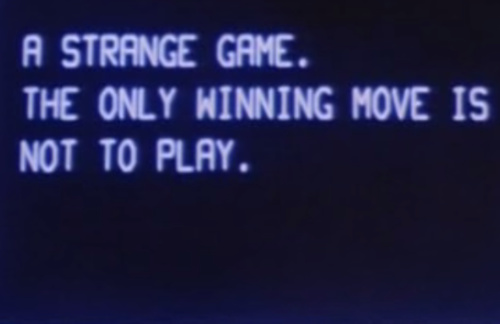 Blondie: You see, in this world there’s two kinds of people, my friend: Those with loaded guns and those who dig. You dig.