Disagree and I’m done with this derail.

There is piles of yikes including DM’s coming out where he was grooming teenagers and the podcast where he talking about teenage girls. The DM screen shots are both cringe and yikes.

A dam is bursting here and he is a pile of awful and yikes. 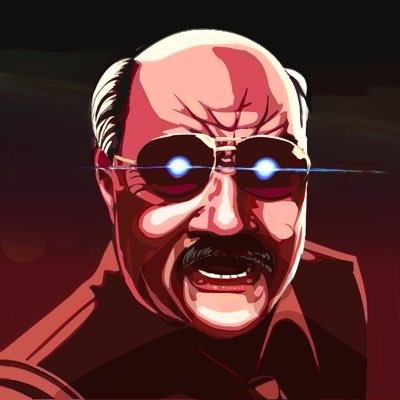 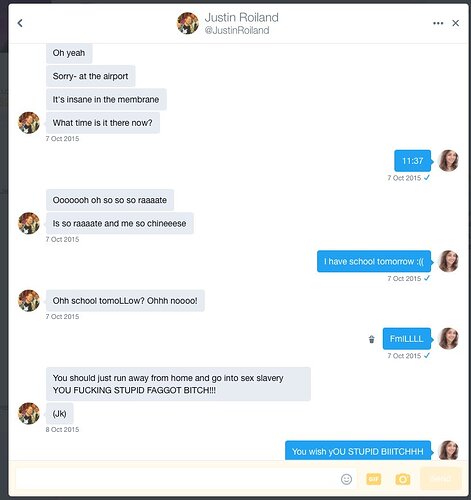 Wow, managed to fit creeping on a minor, casual racism, and homophobia all into one screenshot. Impressive.

Yeah, The audio going around from a podcast where he talks shit about Chris Hansen and teenagers is yikes on so many levels where he just keeps digging. I think he won’t have any defenders left at least only the worst and more oblivious will be all that is left.

Love how he tries to make it all ok with a simple (Jk) text.

I love R&M and this is kind of a bummer. I know Dan Harmon had issues a couple years with Megan Ganz that he apologized to her for.

Personally, I’m curious how this will go. I have confidence that Harmon can carry the series by himself (with writers, obviously). As for recasting, well, that will probably take some getting used to but I did chuckle when someone mentioned Keith David.

Jeebus, the charges are just the tip of the iceberg here.

Changing voice actors in dubs, cartoons and anime it’s normal, non ti mention that this happens even in tv serials.

I’m sufficiently old to have wached Bewitched episodes on TV reruns at least twice, so what is the problem?

I’d watch this even if he doesn’t do “Doc Brown,” but just his regular voice. Even if randomly says “Marty” instead of “Morty” sometimes.

I’m actually being half serious here. Don’t even try to reproduce their voices. Just have Beth and Summer looking for them. Anything you do is going to piss off the rabid fanbase, so go all the way and make it female led.

Or like when they fired racist Squidbillies voice actor Stuart Daniel Baker and replaced him with Tracy Morgan, who didn’t even try to mimic the old voice. Fanboys were not happy, but I thought it was hilarious.

I’d seen a couple eps and a few bits and pieces, and that was also my thought, that it was a BTTF rip-off.

Changing voice actors in dubs, cartoons and anime it’s normal, non ti mention that this happens even in tv serials.

You say that but I’ve never ever enjoyed Steve Whitmire’s Kermit the Frog when he took it over after Jim Henson died.

Yes, it can be immature-ish at times, but some of Rick’s diatribes are hilarious. His speech pattern is so similar to Harmon’s, whom I really like, so that’s probably one of the reasons.

But to clarify, not your cuppa is cool beans, too.

The Rick voice was just Roiland imitating Harmon. Let Harmon do the voice, get Billy West to do Morty and all the “other” Roiland “voices.” Sorted.

And I just have to point out, Cartoon Network executives whom I know must be reading the BoingBoing comments section, that -

JACKSON PUBLIK AND DOC HAMMER NEVER DID ANY HORRIBLE SHIT AND THEY HAD A BETTER SHOW ANYWAY YOU STUPID GREED PIGS!!!

Yeah, really it is just all the yikes.

JACKSON PUBLIK AND DOC HAMMER NEVER DID ANY HORRIBLE SHIT AND THEY HAD A BETTER SHOW ANYWAY YOU STUPID GREED PIGS!!!

True, but it took each season 10 centuries to drop… I mean, they started the show in like 2500BCE, and they released the last season 2017CE…

Venture Brothers was so great. I guess we still have the movie to look forward to.

I don’t know this for a fact, but I have read that a lot of that was adult swim screwing with them on budget. They basically had to work on it in their spare time around other projects. Might be apocryphal, but would not surprise me

Dammit I didn’t know that ugly piece of Dan Harmons past either. That’s dissapointing.

I sort of wish rating sites could save viewers the never ending research (because of course these behaviours are old and underreported) with a certified dirtbag free production certification.

A lot of these voice actors are, by necessity or just as a side effect of their profession, very talented mimics.

I have no doubt they could find a talented voice actor or two that could do an impressive copy of the voices. What might be harder to replace is the free-flowing improvisation style that was especially noticeable in the “Interdimensional Cable” episodes, where a lot of stuff was made up on the fly and they didn’t strictly follow scripts. Also, supposedly Roiland sometimes intentionally performed drunk.

The network absolutely made the right call dropping the creep, but we might as well get used to the idea that for better and for worse (hopefully mostly for the better) the show will undoubtedly be different moving forward, even if the voices largely sound about the same.

It’s tempting to think that if Bill Cosby’s crimes had been publicly exposed in the early '80s then CBS would have pulled the plug on Fat Albert entirely instead of just recasting a few voices but I guess that would be a bit naive.