his whole argument boils down to “whatabout”

his whole argument boils down to “whatabout”

And a stupid one at that since no prominent Democrats openly advocated violence against Republican legislators.

As much as I am in favor of speaking truth to power, it’s probably a good idea to

The SOP for authors here needs to shift if we want to be a part of the solution, and not part of the problem; just my opinion. 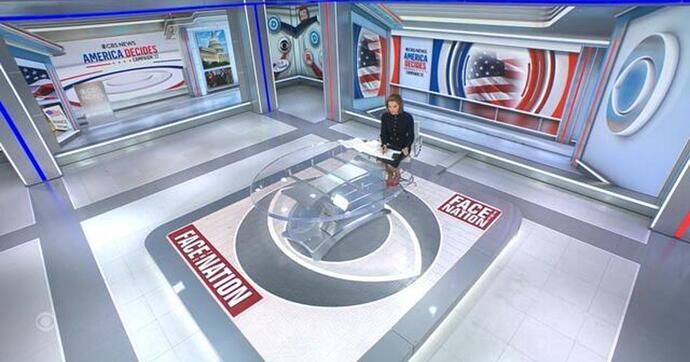 Two areas i really wish the media (that is, away from fox) would really pound on: (1) riling up the low information toy soldier twitchies to violence with moronic conspiracies (2) the whole “If I lose it was an invalid election” autocratic horror. We all know if called out on it they’ll just repeat it like some broken toy, but for @#$ake point out they are just repeating nonsense and ‘America deserves better than such brain-dead assertions!’

notice i haven’t declared which political ‘side’ this would be aimed at; but practices would of course have it entirely on republicans. -sigh-

Let us let it fade and die.

Similar to the “Shame, Shame, Shame” segments on various news outlets calling out slumlords for turning off the heat on Xmas eve, I’m glad they happen, but surely there is a legislative solution here? Even vague threats of violence have no place in political advertising. I mean, political advertising has no place - periodt - but that’s a larger issue.

These GQP f@cks have no shame, then the grievance babies cry their eyes out if someone calls them on it…

Two words for him: Gabby Giffords.
This POS is an embarrassment to Minnesota.

Where is this Democratic rhetoric that suggests we shoot Republicans?

You can’t make the whataboutuism arguments here because no politician on the left talks about “exercising their 2nd amendment rights” while simultaneously talking about getting rid of a conservative politician, and progressives aren’t stockpiling automatic weapons or joining militias. I know people on the left who own guns, but it’s typically grampa’s old pistol, or a hunting rifle they use only for actual hunting.

More and more, the only qualification to be a Republican politician is to be the biggest asshole, the most blatant bigot, and the most cruel sadist.

It would be really nice if that would start hurting politicians, as voters realize they don’t get anything good by having a howling jackass in Congress. But I also suspect the GOP base has fully embraced assholery as they only thing they really care about.

She should have asked for an example of a Democrat politician shooting a gun with the hash tag #FireScalise so that they could be condemned.

Man, all she needed to add was “point us to an ad where senator Sanders fired a gun while putting up the hashtag #fireScalice. Or any ad AT ALL by the Democrats where they are using weapons as props for getting rid of GOP candidates. They are not the ones using this violent rhetoric, you are.”

It isn’t even whataboutism here. Not remotely. Because the Democratic party is NOT using violent rhethoric. Only the fucking GOP is and I want journalists to remind them and viewers of that every damned time this comes up.

Where is this Democratic rhetoric that suggests we shoot Republicans?

It’s all coming from MTG, apparently. 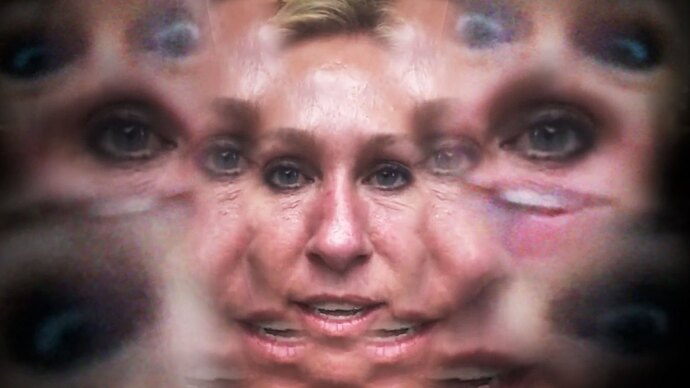 Marjorie Taylor Greene to audience: "I am not going to mince words with you...

Conveniently ignoring the fact that right-wing domestic terrorism is on the rise in the United States, Majorie Taylor Greene told an audience of frightened MAGA cultists that “Democrats want …

What an astounding coward! He steps out from the GQP herd, encourages violence, then slithers back in and tries to play victim. The whole Scalice thing was something prepared for him to toss out as a defense for when he got called on it. He does not appear bright enough to have originated that. He accomplished what he intended to do then tried to wash off the blood. That stunt was pulled 2000 years ago and nobody bought then either.

he’ll be elected in a landslide

@Carla_Sinclair Have you ever considered doing color commentary for boxing?

Feel free to provide the next set of winning lotto numbers, though…