Under the ADA, public services must accommodate service animals, and are only allowed to ask two questions: “Is this a service animal?” “What tasks is it trained to perform?”

What is the point of the second question?

Here in Norway we have had a high profile campaign against bullying in schools. And precisely this point is made: that a bystander who watches the bullying take place and does nothing is complicit and one who does it repeatedly is a bully by proxy.

However, in turn, we must now be emboldened to speak up against injustice whenever we witness it. It will be a new experience for most of us, accustomed as we’ve become to general progress. But that, I’m afraid, is our job for the next four years.

the Nazis have become the go-to Generic Villains Of Villainy, with no examination (or rebuttal) of their viewpoints in popular media, so they, or at least their ideology, has become divorced from the context of that villainy.

True. It’s a matter of the war passing out of living memory. If one had been a teenager old enough to appreciate the stakes and motivations behind that existential conflict one would be in one’s late 80s now.* Combine that with crappy American K-12 history and civics courses and textbooks and this is the result we get: inscrutable cardboard villains who might as well have been alien invaders from Mars.

[* the only exceptions are Holocaust survivors and war victims on the Continent who were children at the time – a little kid who was rescued after being buried under a pile of corpses and left for dead by the SS (someone I know) understands the consequences of Nazi ideology, too. But they’re not claiming to be veterans of WWII.]

He said he was in world war 2 in Germany and we did not see people like you over there. They would no allow blacks.

Depends which side he was fighting on, I guess.

It plausibly helps with interaction with the person to know what the service dog is intended for, and avoids making assumptions or not about the person’s (and the dog’s) capabilities.

Also, in the event of a situation where service dogs re trained to react to seizures and other issues, knowing that the dog is reacting because there’s an actual situation that needs addressing and what should be done in that case would help.

I think all we can do is oppose it vocally when we see it and do what we can to make people likely to be victimized feel accepted and welcomed. The presidency isn’t everything (although the president has more political power now than in previous years for sure).

I read a story this week (which I can’t find now, but it was on like Buzzfeed or some such) about a young woman at a Texas university, who is black, that got pushed down by a white male fellow student who called her the n-word as he did it. Another (white male) student immediately helped her and called the guy out. And then about 300 students came to walk her to class next day. That’s the kind of thing we need to do. 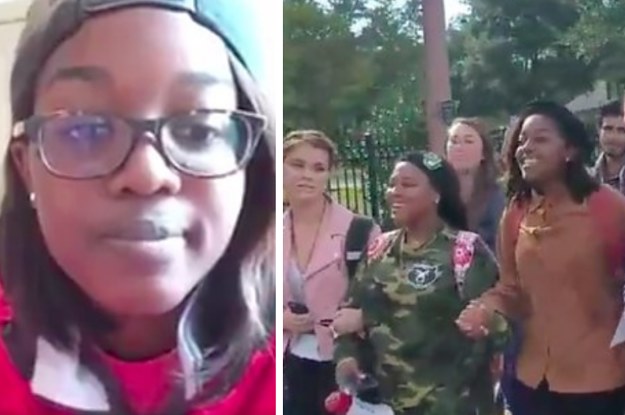 Hundreds Of Students Walked A Girl To Class After She Was Allegedly Called The...

Nearly 300 Baylor University students walked Natasha Nkhama to her class after she alleged that a student pushed her, called her the n-word, and told her he was "trying to make America great again."

This is a brand doing a faceplant or bellyflop.

No it’s not. They hired a dick. Every company has hired a dick. This company sounds like they’re making all sorts of restitution - exactly the right thing to do. Some companies would leap to the manager’s defense.

The problem with this is that it allows every suburban housewife with a shih tzu to claim that it’s a serice animal so she can take it shopping with her. Because you know, emotional support.

They hired a dick who did not understand the basic requirements of the ADA and who did not treat a customer with basic respect. Those indicate major failures in the training of and standards for a franchised brand’s location manager, ones that also do damage to brand goodwill apart from the dickish specifics of this incident. Look at the headline here: “Chili’s [not a location or a manager] refused to honour Veteran’s Day meal deal.” That’s how these things play out.

The story hasn’t gone viral yet. Chili’s still has time to emphasise how serious the issue is with actions that express something more than corporatese understatement.

The story hasn’t gone viral yet

You think? Look at the restaurant’s Yelp page. 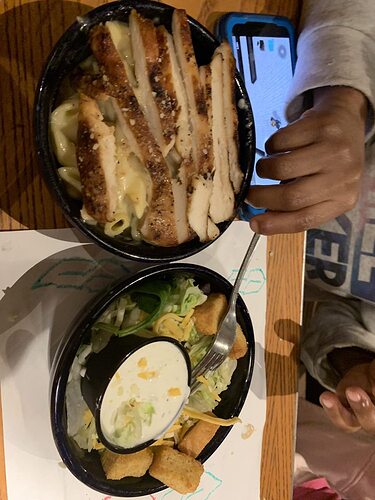 I was checking Google News for the national impact on the brand. But Yelp will definitely hit that particular location hard.

And this affects you how? “Someone, somewhere, might be getting away with something innocuous!”

That’s about 10 miles from Chili’s corporate headquarters. That manager is sooo fired. I worked at that office for over 15 years, and they do not put up with shit like that.

Because god forbid even one single dog who isn’t actually a service animal get a pass. Better to ban all service dogs, just to be on the safe side. /s

This seems like a manager listened to a regular he liked (MAGA) and probably has a shared impression of African-Americans exploiting the system while pretending they (the manager et al) do not.

And when he gets fired and inevitably harassed because of internet outrage, 5 will get you 10 that he ends up blaming all his problems on the Vet he kicked out instead of admitting his own bad behavior.