2 Likes
If you vote for Trump, then screw you
Glenn "Instapundit" Reynolds suspended from Twitter after suggesting motorists run down protestors
TobinL September 22, 2016, 4:46pm #2

Sure that’s what he said. Every day I get more and more sad about the actions of my ‘fellow’ citizens.

Not small enough. Or did he mean small-minded?

Well, obviously, if Trump’s elected, he’ll be able to afford a bigger sign.

Owner Dan Ruedinger in Lonsdale, Minnesota, told Fox News: “I didn’t want to put ‘terrorists’ on the board. So we were going to put ‘Muslim extremists’, but we didn’t have room on the board.”

But ya know - ‘extremists’ would fit, wouldn’t it? Nah, that would include yourself.
I think most people would call bullshit on your statement, Dan.

I would say that at least he’s a business owner who has the courage of his convictions (reminiscent of those who say they want the right to deny service to LGBT folk but complain that it would adversely affect their business to advertise that fact) but if he did he wouldn’t be trying to weasel out of it by claiming his sign is too small to add that important modifier.

What I think is most telling is from the source article, about local Muslims meeting with the owner:

The meeting was reportedly cut short as Mr Ruedinger became agitated and shouted about his son’s service in Iraq, saying he could not be “silent” any longer.

He felt he needed to be silent before?

Damn. It’s not working. Use the next excuse on the list.

I misspelled Mueslix. I really hate… that… cereal. Yes, that’s it.

You know, when you do something so bonehead and repulsive as this, going out with such a stupid, weak, cowardly “defense” only show that you are both a repugnant bigot AND a fucking coward that also thinks everybody else is stupid, thus managing to land even LOWER than if you were just a repugnant bigot.

He didn’t have any room left on that sign, except for the completely empty bottom line. Too bad, too. His plan was just irrational enough to work.*

Get out of what exactly?
Town?
State?
Country?
Earth?

I’m going to bet that although he wouldn’t say so, he would love to see them leave the Earth.

Minnesota nice is the stereotypical behavior of people from Minnesota to be courteous, reserved, very family-focused, and mild-mannered. The cultural characteristics of Minnesota nice include a polite friendliness, an aversion to confrontation, a tendency toward understatement, a disinclination to make a fuss or stand out, emotional restraint, and self-deprecation. Playwright and corporate communications consultant Syl Jones suggested that Minnesota nice is not entirely about being "nice" but i...

I propose a test:

Let us have a nearby business owner who has a lettering set compatible with that sign come by in the middle of the night and make a kindly edit, to insert the word “extremists” in the appropriate place.

Then see how long it takes the bigot to notice the change.

Then see how long it takes for the edit to be reverted to the original.

If I were a business owner nearby I would probably put a sign saying “Come over here, we serve everybody”.

Even if I have to pay for a second bigger sign.

“Oh. Well, I guess we should go, then.” ~ Muslin Extremists.

I don’t cotton to what you’re saying there.

He probably only wrote “Muslims” because he was missing the letters needed for a more insulting racial epithet - all out of Rs, or something

Quote the owner, “We cool then?”

I’d love to see him courageously fined for religious discrimination!

We’re going to need a bigger board. 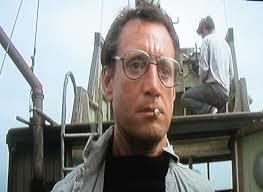 …and the sign I expect he has inside that says “No Colored People”, well, he meant to write “No purple Colored hair, People”, or something …

It occurs to me that if a candidate with Trump’s surname ran on a completely different platform they could adopt “Love Trumps Hate” as their own slogan. But the tone of Donald’s campaign makes it immediately clear to everyone—including his supporters—whether he is supposed to be on the “love” or “hate” side of that equation.

“Minnesota Nice”? I didn’t realise that the Hobbits came from Minnesota.