I’m glad that high-profile sexists and bigots are learning that they can’t count on having a quiet dinner in a nice restaurant anymore. 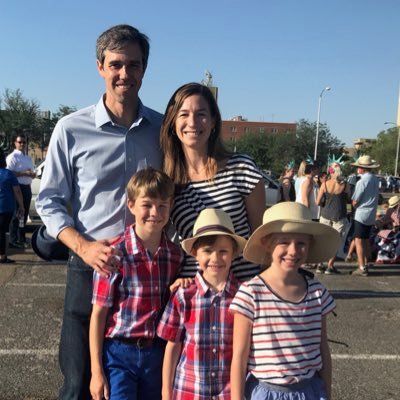 Not right that Senator Cruz and his wife Heidi were surrounded and forced to leave a restaurant last night because of protesters. The Cruz family should be treated with respect.
8 Likes
jdaniel30 September 25, 2018, 5:25pm #4

Keep taking the high road Beto. Cruz has proven himself incapable of that.

Oh Ted. God knows what you really meant when you said “God bless you.” He sees into your shriveled black soul, don’t you know?

After the couple left, the restaurant asked the protestors to leave

AKA go fuck yourself.

as you sow, so shall you reap, Ted Cruz bible thumper…

I dislike Ted Cruz as much as the next sane person, but this kind of childish nonsense is not sustainable in the long-term.

I’m plenty happy with Ted Cruz not having a nice day, but I’m lukewarm on this sort of protest (non-spontaneous targeting of individual scums in restaurants). It’s kina lame and bandwagonny. The whole point of the restaurant incidents with White House assholes a while back was that they weren’t targeted; it’s just statistically difficult for those people to dine in public without being recognised by someone who despises them.

That’s probably true of Cruz, too, and I wouldn’t be surprised if he’s had, like, coffee shop employees say stuff like “here’s your coffee, I think you’re a terrible person who can’t be redeemed” without necessarily Instagramming it.

I will say though…that reply is more the high road than I’d expect of Cruz.

I dislike Ted Cruz as much as the next sane person, but this kind of childish nonsense is not sustainable in the long-term.

Better make sure Cruz isn’t around for the long term then.

As much as Cruz is a scumbag. I hate this type of “Black Mirror” crowdsourced public harassment. It’s rather reminiscent of adhoc ‘purity’ squads in theocratic countries.
Keep it on the street, or in political venues.

God bless you is not a hollow phrase.

“God Bless” is Southern for “Fuck Off.”

I see your point here, but on the other hand, probably a good part of the reason Cruz and his ilk can so blithely support such terrible choices as separating hundreds of children, deporting their parents, and then leaving them in cages made out of former Toys R Us buildings like a quick-shot version of a YA-lit dystopia, is that they are so removed from the consequences of their actions that they really don’t give a fuck.

Give 'em some consequences, I say.

OK, now we can’t allow this sort of thing in our restaurant.

I mean, you know that’s how it went down.

I will say though…that reply is more the high road than I’d expect of Cruz.

I’m pretty sure he doesn’t know what the high road even looks like.

Guys, with the #MeToo movement becoming prominent, I think we can all agree that the real victims are the Senators being publicly shamed at restaurants and being made to quickly finish their meals and leave earlier than they had otherwise planned.

I’m glad that high-profile sexists and bigots are learning that they can’t count on having a quiet dinner in a nice restaurant anymore.

Me too. In an ideal world, those same types shouldn’t count on having a chance at becoming politicians.

Are you talking geologic time?