I was reading about Mr. Epstein and his big science project. Here’s a guy who becomes interested in “Transhumanism” and thinks, “I wonder if there’s any way to change the arc of the human trajectory? To expand our capabilities beyond all known limits and finally preserve my precious penis for all eternity?”

This effort smacks of the same hubris.

Are you sure you aren’t reading from a Planet of the Apes sequel?

[T]he Spanish-born biologist Juan Carlos Izpisúa Belmonte, who operates a lab at the Salk Institute in California, has been working with monkey researchers in China to perform the disturbing research.

Their objective is to create “human-animal chimeras,” in this case monkey embryos to which human cells are added.

As an avid watcher of late 80s/early 90s British dystopian near-future sci-fi, I know that hybrids and chimeras aren’t the same things.

First Born is a British television serial produced by the BBC in 1988. Charles Dance starred as genetic researcher Edward Forester, whose work leads him to create a man-gorilla hybrid, using sperm from an unknown sperm donor and cells taken from a female gorilla. He then raises the baby as his own son, only to find that there are horrifying consequences for playing God. Vasco Sabino played the adolescent hybrid, Gor, in episode 3. Other notable cast members included Jamie Foster, Julie Peasgo... 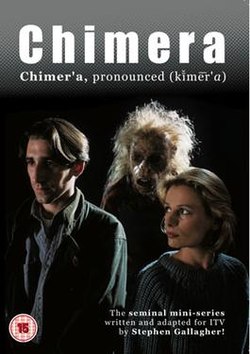 Chimera is a British science-fiction horror television miniseries made by Anglia Television for ITV in 1991. It is based on the 1982 novel of the same name about genetic engineering by Stephen Gallagher. The theme music was "Roisin Dubh" by Nigel Hess and Chameleon. The series was later re-edited for release in the United States, and retitled Monkey Boy. The story focuses upon Chad, a young half-boy, half-chimp, developed by scientists as part of a top secret government operation. However, Chad...

If human organs were viable in another species, then there organs would likely be viable in us, so whats the point of the years of monkey torture to try put human organs in them.

If they’re there in the embryos, then the immune system learns early to accept them. That doesn’t work too well in reverse.

As an avid watcher of late 80s/early 90s British dystopian near-future sci-fi, I know that hybrids and chimeras aren’t the same things.

Just so: a chimera is an organism containing two genetically distinct sets of cells, while a hybrid is an organism with its own genetically (more or less) identical cells but derived from two distinct strains of ancestors by the usual sexual reproduction (e.g. the handsome fellow in my avatar, who is half domestic shorthair and half African serval.)

You should read Spares by Michael Marshall Smith 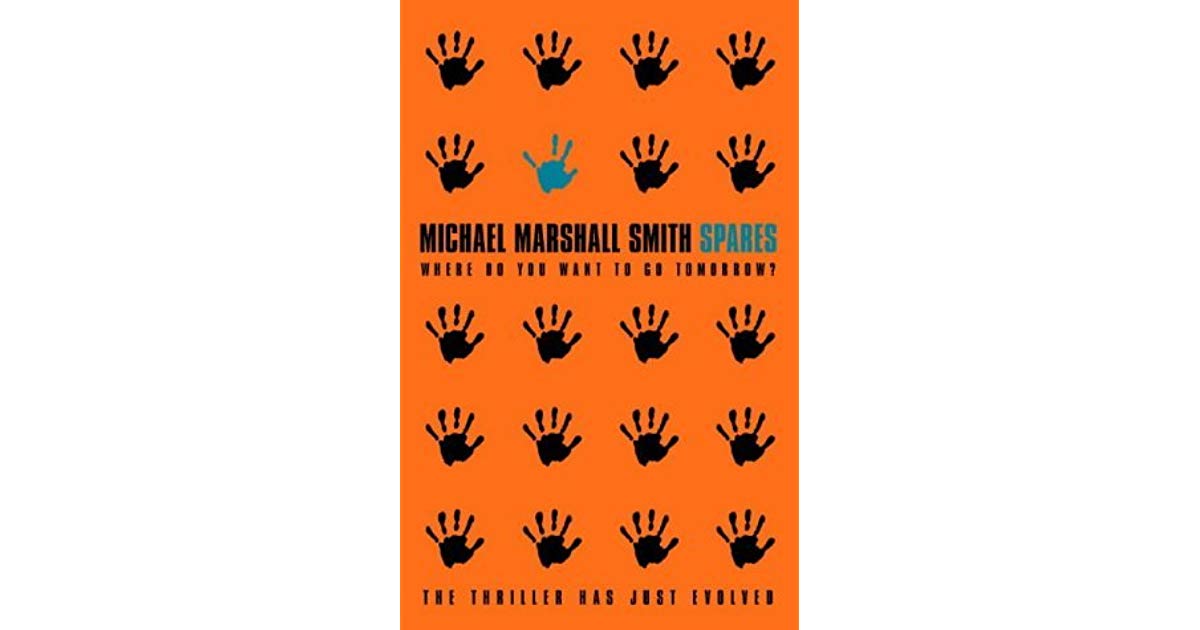 Spares - human clones, the ultimate health insurance. An eye for an eye, but some people are doing all the taking. Spares - the story of...

Thanks for digging those two out. I remember them from the time, but could not lay the synapses together to recall the names. Very apt in this context and, if still available, eminently watchable even today, I’ll bet.

The humanzee (Homo sapiens sapiens × Pan) is a hypothetical chimpanzee/human hybrid. An unsuccessful attempt to create such a hybrid was made by Ilya Ivanovich Ivanov in the 1920s. The portmanteau word humanzee for a human–chimpanzee hybrid appears to have entered usage in the 1980s. The possibility of hybrids between humans and other apes has been entertained since at least the medieval period; Peter Damian (11th century) claimed to have been told of the offspring of a human woman in Italy wh...

Paul Di Filippo’s Ribofunk comes to mind. Lots of bio-punk human animal crossbreeds and weirdness all around. I think the story “Little Worker” is available on-line? Looks like it is available as a podcast? Note - very much rated R, maybe more X and very very much NSFW, so please be aware.

Ugh, just what we didn’t need…#TeamCaesar

Oh yeah I heard about this…

The idea behind the research is to fashion animals that possess organs, like a kidney or liver, made up entirely of human cells. Such animals could be used as sources of organs for transplantation.

Why not say you’ve developed secret monkey tech and then just use prisoners if you’re going for broke morally? It’s a good point. 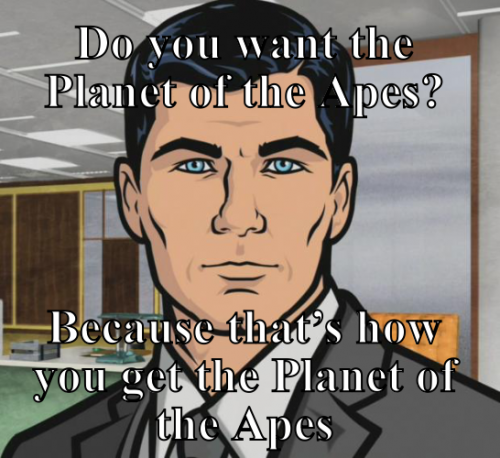 Because the recipients will still have to be immunosuppressed to prevent rejection.

If you grow the organs from the recipients’ stem cells then it’s a match – not foreign, no rejection.