They literally turned him into a golden idol. 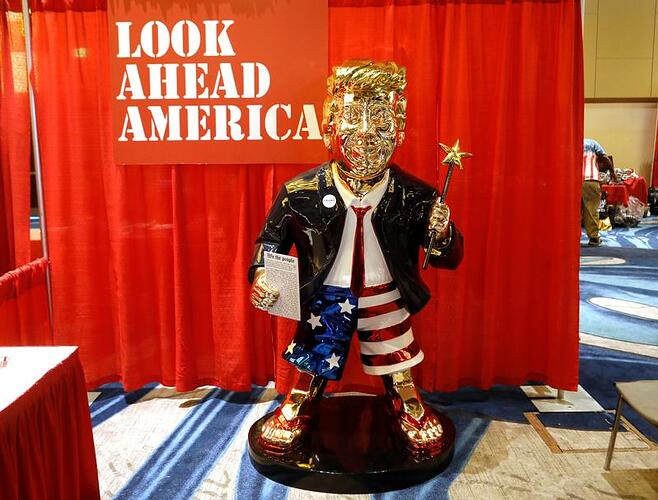 U.S. conservatives praised Donald Trump at an annual gathering on Friday, even unveiling a golden statue of the former president, showing he remains a Republican political force despite violent scenes in Washington last month.

The various layers of her cognitive dissonance doesn’t allow it.

Social media was a mistake & I am painfully aware of the irony of my comment.

I don’t often see “idolize” used in this sense. Refreshing.

See above, it already exists. It’s even been dubbed the “Golden Calf” statue. 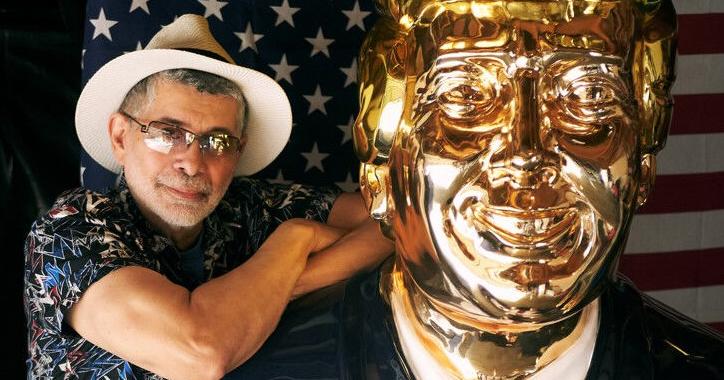 It’s dazzled the attendees of the Conservative Political Action Conference. It’s been mocked by the likes of Jimmy Fallon and Stephen Colbert. CNN, BBC and The Washington Post have covered

Side note: it was fabricated in China because of course it fucking was.

She’s not that close. This is more like the stopped clock being right twice a day. Also, keep in mind what is going on in the conservative movement right now: trump is currently losing influence personally even as trumpism has completely overtaken the republican party. Calling out idolization of trump the person while believing everything he stood for is currently a relatively standard (but far from universal) position within the republican party.

Why does this video make me imagine Jesus preaching to the people with a fist on one hip and doing that neck move?

I feel like we are on the cusp of The Great Jettisoning whence the christofascists will launch Trump into the sun as they pivot to follow their next Dear Leader. Probably Death Santis. We’ll still be stuck with all of them, but it will be delicious to see the Trump Cabal finally go down in flames.

Why would you worship a “jealous god”? Makes no sense.

“I have never seen a human being be worshipped the way that conservatives are worshipping Donald Trump,”

Obviously, you weren’t around during the reign of Holy Saint Reagan.
Anyway, they aren’t ‘conservatives’, they are Fascists.

Which makes you a christofascist.

Morgan Ariel said in a recent post (see below).

No thanks. I’ll pass.

"And if you dare speak out about it, you get viciously attacked. …

It’s no wonder why God allowed him to be removed from office.

Because our god is a jealous god,

Well, whattaya know!
So is You Know Who!
Christ, what assholes!

and he does not play games with idolatry,

Nor does You Know Who!
I’m seeing a trend…

and that’s exactly what’s going on in this movement."

It’s a short step to go from ‘sent by god’ to ‘is god’.
Why are you surprised?

I wouldn’t give her much credit.

I figured you were talking about this one: 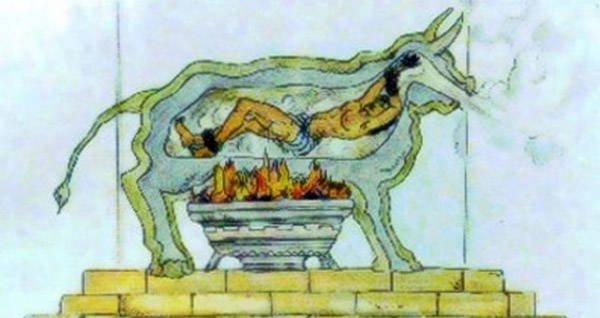 The Brazen Bull May Have Been History's Worst Torture Device

Created as a torture device/giant human crock-pot in ancient Greece, the Brazen Bull was designed for the tyrant Phalaris by his sculptor, Perilaus.

But it’s a bull, not a calf

Why would you worship a “jealous god”?

Same reason you’d marry a person who insisted on monogamy I suppose.

I’ve never been able to fathom why a god requires worship in the first place.

our god is a jealous god,

Why would an omnipotent, omniscient, omnipresent entity be jealous? He knows who the boss is.

Why would an omnipotent, omniscient, omnipresent entity be jealous?

Because all the other gods have cooler toys and more god friends.

Why would you obey a dictator who you don’t support and didn’t vote for?

That’s wonderful. But I was referring to the Gold Calf in the book of Exodus. Once Moses left the Hebrew people alone for, like a MINUTE, they reverted to idolatry and when he came down with the tablets, he found them worshiping a golden calf. That’s how I remember it, anyway.