He was a tough bad ass on the Vice video, ready to goosestep up to his rightful place in the world. Now he is butthurt by Chelsea Manning making a meme.

He’s scared the cops will kill him. Gee, isn’t that what some people have been saying as well?

I commend him for his attempts at peaceful protest, but your rhetoric is unacceptable. He even admits they talk a big game on the internet. Well, shit dude, you spit out the venom and now you wonder about the back lash?

He says something like “We have done everything within our legal means to air our grievances.”

Maybe get the hint that your grievances are bullshit. Maybe Jews aren’t controlling the world, maybe blacks aren’t savages, maybe no one is trying to replace white people, but peacefully coexist. Maybe all these people you think are trying to destroy America aren’t.

He’s scared the cops will kill him. Gee, isn’t that what some people have been saying as well?

NAZI: I fear for my personal safety. White Nationalist lives matter!
BLM: You do understand the irony here, right?
NAZI: Never in a bazillion years!

if he identifies with the nazis, then he is, in fact, the bad guy in the equation.

The answer is YES, fuckhead; ya are.

All his fucking whining. As if he’s the only person to ever have violent pushback when he tries to lawfully protest.

It’s just… dumbfounding how unselfconscious and non-self-critical these fuckwits are.

They had a hard time protesting? Well guess what sunshine? Protesting is fucking hard. If you’re a man, then you’ll do it anyway and get arrested for it, and not fight.

It’s just… dumbfounding how unselfconscious and non-self-critical these fuckwits are.

The silver lining for me is the schadenfreude;
Watching these self-described ‘billy-badasses’ who were so eager to fight to “take back their country!” tripping over themselves as they scurry in their rush to backpedal from their shitty views now that the public knows their identity.

Turns out that, just like talking shit in person is dangerous, talking egregiously hateful shit when other people know who and where you are isn’t exactly ‘good for your health.’

“We have done everything within our legal means to air our grievances.”

Ha. This reminds me of that scene in the Vice video where he’s whipping out a multitude of guns and a knife, yapping about how more people are going to have to die “before this is all over.” I already had him pegged at that moment, especially because of the ridiculously overcompensating weaponry, as another insecure, frightened little man-baby.

Dude, your massive fears of others just because of the groups they’re in were entirely unfounded! And even now, they probably still are.

Or another line of whatever he’s snorting.

Yah, a paranoid jumpy bundle of nerves and butthurt … with a gun!

“Cool as a cucumber”, one of drippy ones that’s been hiding in the back of the fridge for too long.

A white nationalist who was featured in a Vice News documentary about the "Unite the Right" Charlottesville marchers at the weekend has posted a video in which he tearfully complains about his current plight.

However, in the Vice report, Cantwell, who helped organize the “Unite the Right,” is seen carrying weapons. At the end of the report, Reeve catches up with Cantwell in a hotel room after Heather Heyer‘s death. He’s seen readying a cache of weapons, including pistols and assault rifles.

“These people want violence and the right is just meeting market demands,” Cantwell says in the last line of the Vice report. 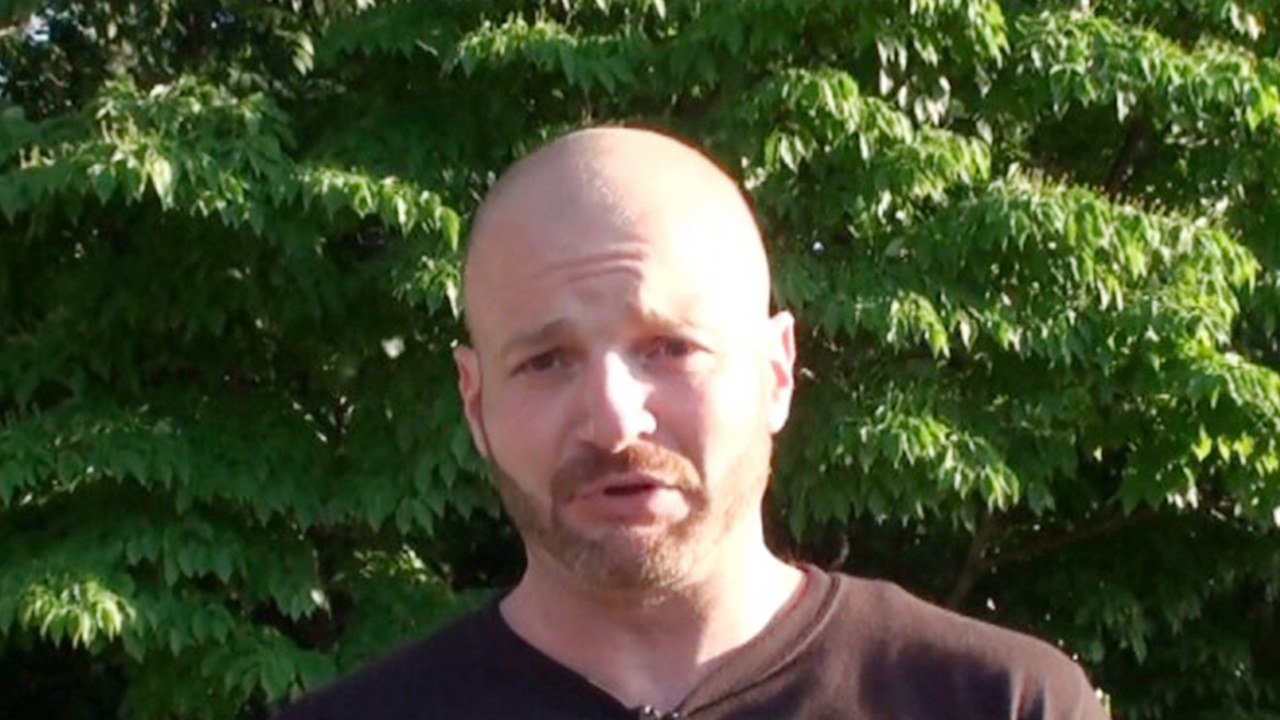 Christopher Cantwell is an anti-Semitic, Alt-Right shock jock and an unapologetic fascist, who spews white nationalist propaganda with a libertarian spin on his live-streamed call-in show, “Radical Agenda.”

“Assault rifles” aren’t automatic machine guns in the US.

They do however fire a small, fast bullet, and have large ammo capacity, and are incredibly popular.

They have no legitimate sporting use really. There’s guns that are FAR cheaper and better for hunting that don’t by default come with a 30 round magazine.

“These people want violence and the right is just meeting market demands,” Cantwell says in the last line of the Vice report.

No, we want to be left alone. Your ideology won’t let you or your followers do that though, and things have understandably escalated. How many people knew about antifa a year ago compared with now?

Fuck off and leave us all alone, and you will have nothing to fear. But are you capable of that, Christopher?

How many people knew about antifa a year ago compared with now?

For someone who is so smug about just doing the market’s will(seriously, his line there is like “Don’t hate the player; hate the game” as imagined by a late-stage Randroid); he seems awfully surprised that there are alternative vendors who are potentially more competent and definitely more likable…

Every single thing that little shit said just makes it more and more clear he should get beaten.

How many people knew about antifa a year ago compared with now?

I still don’t know what Anti-Fa is. I can get behind their anti-Nazi stance, but not sure about the rest.

I still don’t know what Anti-Fa is. What the “Alt-Left” Trump Despises Was Actually Doing in Charlottesville Last...

First-person accounts from locals who were there.