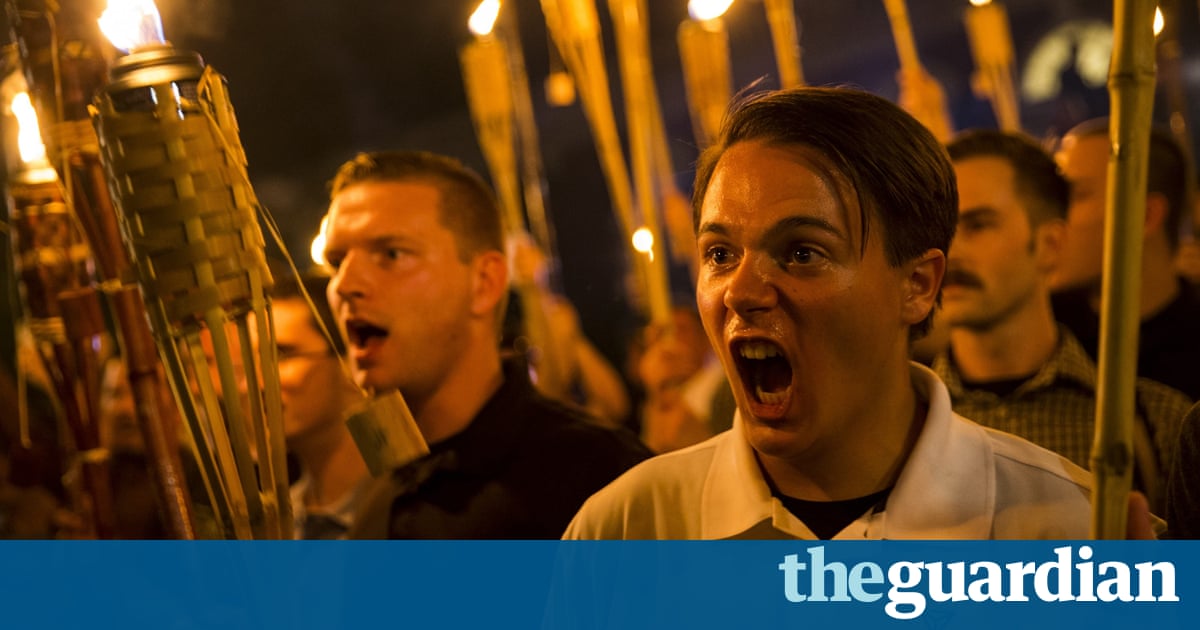 Still going on, but looks like police might be getting ready to finally intervene after mostly just watching all night…

This group is lining up to charge into counterprotesters. Incredibly tense here. https://t.co/kGkwDcv2oO 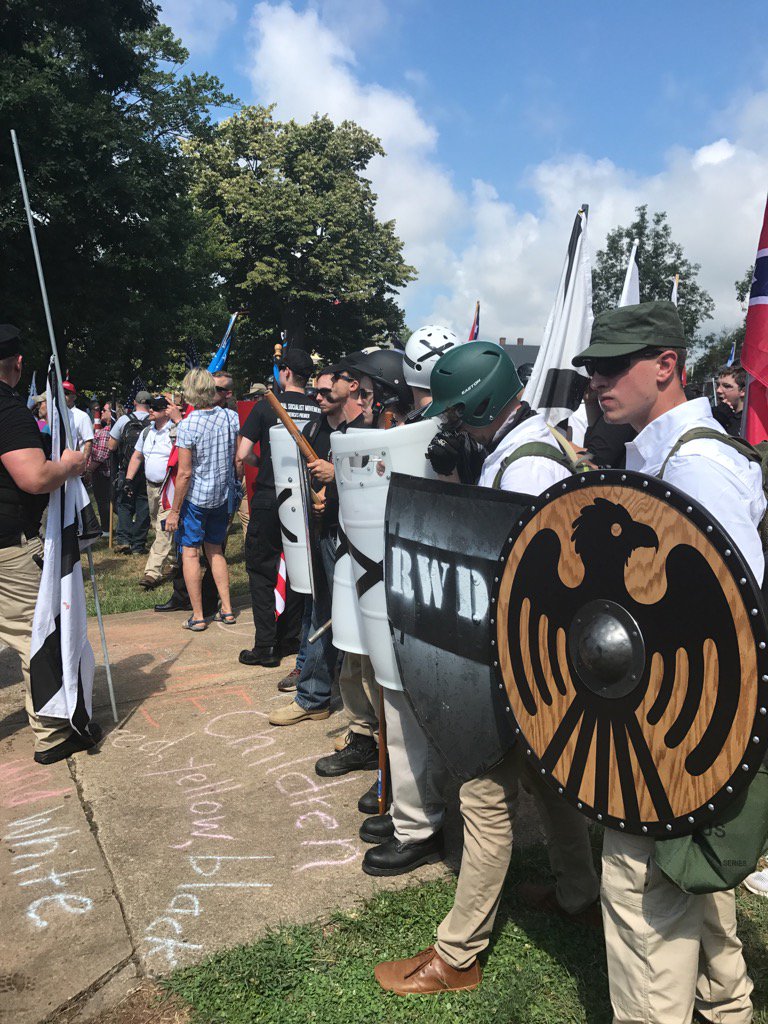 Bets on where Richard Spencer is right now? 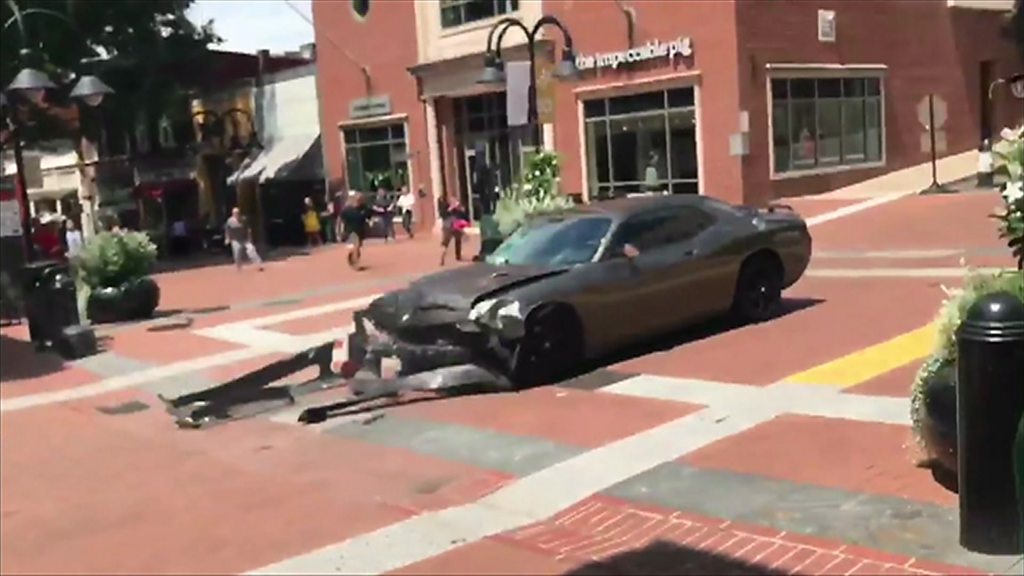 One killed in US far-right rally violence

One person dies when a car rams a crowd of people opposing a far-right march in Virginia.

Finally the White Man will be heard!

Maybe it’s a good thing that so many of these lizards are slithering out from under their rocks. Sunlight, disinfectant, etc.

Here’s Buzzfeed’s take on this: 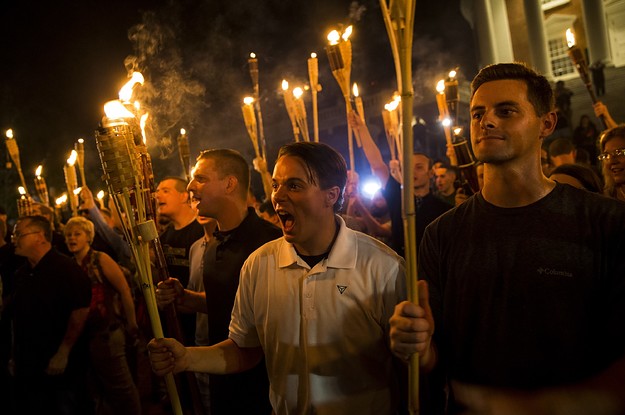 Hundreds Of Torch-Wielding White Nationalists Marched Through The University Of...

The rally, which took place ahead of Saturday's alt-right Unite the Right event in Charlottesville, was condemned by the university and lawmakers.

Live Updates: Mitch McConnell, After A Long Silence And Without Naming Trump,...

Three people died and dozens more were injured in connection with a white supremacist rally in Charlottesville Saturday. Demonstrations took place across the country on Sunday in response to the events, while many elected officials denounced the...

A friend of mine is on faculty at UVA now, doing hip hop studies:

Maybe it’s a good thing that so many of these lizards are slithering out from under their rocks. Sunlight, disinfectant, etc.

I hope so. I guess I can’t be surprised they’re making their presence known at UVA. I think Spencer’s undergrad is from there. I had a friend who also got her degree there and she says it’s incredibly white and privileged. I’m more surprised to seem some fascists cropping up at GSU, frankly. Atlanta used to be the place people left to get away from this shit (especially since the wave of white flight in the 60s and 70s). Reverse white flight is having an effect it seems to me.

UVA was my back-up school if I hadn’t gotten into USC. I went to a military boarding school (my idea/choice) for two years less than a half-hour from there. I remember running cross country competitions right through the grounds where this is happening. A lot of my classmates ended up going to UVA. They’re all long graduated of course, but I’m not surprised UVA students are standing up to these fascist fuckers. I’m both proud of them and pray this doesn’t turn into a bloodbath.

I’m sure AD has been targeted before. He was trying to get Clemson to think more critically about its slave-holding past after all. I sent him along my well wishes when I saw this story.

Personally, I’d love to see a public debate between him and Spencer! He’d hand spencer his ass, I’m sure.

C’ville is a great little Virginia town in the foothills of the Blue Ridge Mountains it’s a shame this is going on there. There has always been a mix of ultra preppy and military in the C’ville area. VMI, UVA, Fork Union, Woodberry Forest, etc. All surrounded mostly by Green County home to many rural Trump supporters and largely one family of Shiflets.

Great hiking, biking and camping up there.

My father and sister are UVa alumni are both appalled this is happening. It’s hard to believe.

Reverse white flight is having an effect it seems to me.

No doubt. That and fascist white supremacy are two sides of the same coin.

Great hiking, biking and camping up there.

It’s some of the most beautiful country in the US.

I’ve never seen so many Tiki Torches in one place. They can’t even promote “white culture” without appropriating Polynesian culture.

At least they won’t have to worry about mosquitoes. /s

WASPs on the other hand… (sorry, couldn’t resist) 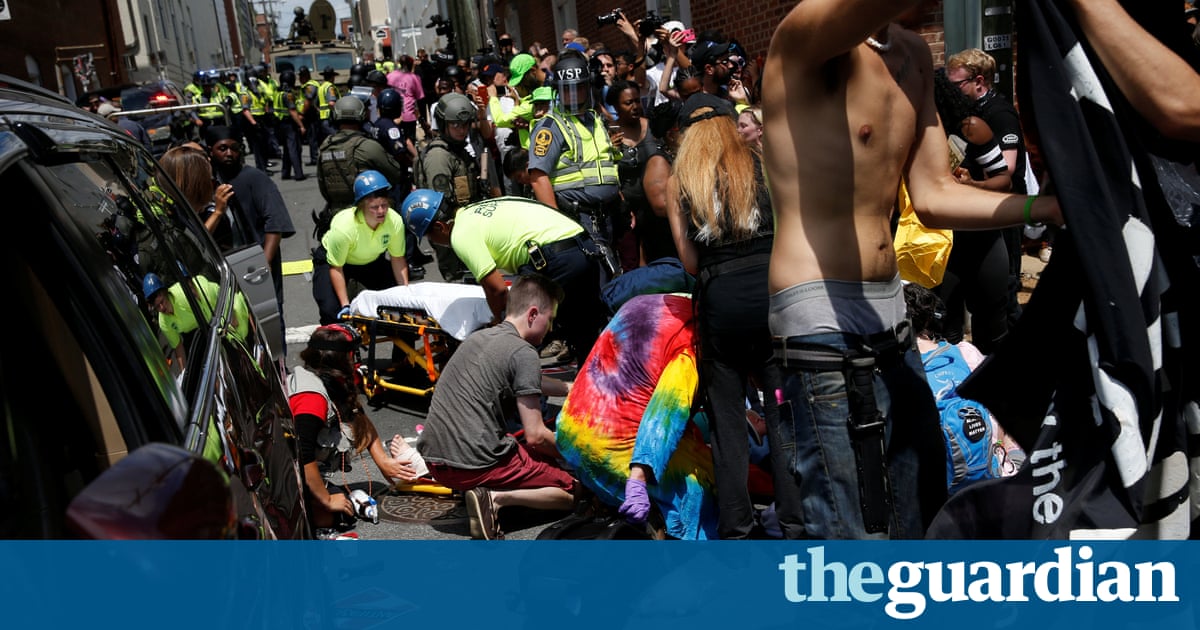 Man charged with murder after driving into anti-far-right protesters in...

About an hour away in Richmond there are lots of folks who think that the Civil War never ended. There are country clubs there that only in recent years allowed black members and then there is Monument Ave.

As others have noted a REAL President of either party would be drafting a public statement to strongly condemn this horrible situation.

Charlottesville: state of emergency declared amid violence before far-right…

There are probably WH staff in C’ville waving the confederate battle flag. Anybody seen Jeff Sessions?

As others have noted a REAL President of either party would be drafting a public statement to strongly condemn this horrible situation.

“March & rally in Charlottesville against everything the flag stands for. President Trump must condemn in strongest terms immediately.” 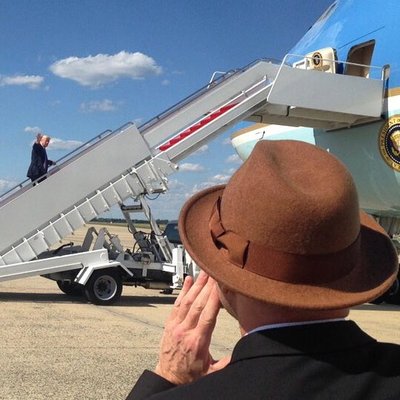 No tweets by Trump on Charlottesville or mosque attack in Minnesota. When Islamic militant attacked guard at the Louvre he Tweeted instantly

Expect a series of tweets attacking the counter-protestors in the next few hours, but only after they have been vetted by Bannon.