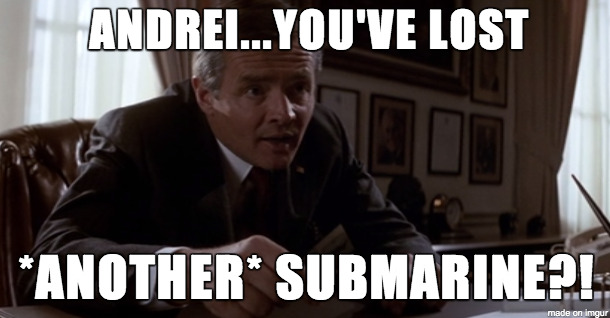 From now on this will be the new annual “Easter egg” hunt.

Did they need or get a search warrant for Biden, though? I thought it was a consensual search, so no warrant was required.

No, but that wasn’t the point I was trying to make and I did say they needed to do the search when he didn’t cooperate.

I’m saying, apparently, having classified documents does not seem to be anything anyone has cared about in the past.

Shopper A says that the videos are fake, and the police are called.

Shopper A also demands that the store return thise goods, because they are his and the store stole them from him, while simultaneously insisting that they don’t exist.

that wasn’t the point I was trying to make

I’m not sure why you seem to think I am arguing with you instead of asking a sincere question.

once they did the search warrants (I’m not saying they shouldn’t have) they have no choice other then what’s Pence and Biden are doing.

So I wondered if the Biden and pence searches required warrants.
If that wasn’t the point you were trying to make, it seems to muddle the conversation. Just wanted some clarity.

Come on, that’s just too unbelievable

I’m not sure why you seem to think I am arguing with you instead of asking a sincere question.

I didn’t think that and I answered the question.

They handled it correctly and that’s how trump should have handled it.

I’m saying having classified documents seems to be a thing ex presidents/vice presidents have.

Biden and Pence may never have turned over what they had if they weren’t afraid of it being turned against them. Clearly they didn’t think having classified documents was a big deal.

Either it’s a big deal for all ex presidents/vice presidents or it’s not.

So the question is had the search warrant never happened and there was never any talk of classified documents would Pence or Biden have done the independent searches to find documents?

If we’re just talking about how it was handled once it was discovered, trump was wrong and Pence/Biden are doing it right.

vice presidents are offered no assistance

A vice president’s only actual job task, other than checking every morning to see if the president is still alive, is to run the floor sessions of the Senate—which are a matter of public record and not subject to secrecy or classification

Other than reading the daily “security brief” and then immediately shredding it, vice presidents should not be handling classified materials at all

this will be the new annual “Easter egg” hunt

… and every Thanksgiving they can preemptively pardon themselves

The big deal wasn’t that trump had the documents. It was that he refused to admit he had them and return them when asked. The whole lying about possession and having his lawyers lie about having returned all of the documents are also a big deal. Biden’s people discovered some documents, called the archives and said “come and get these!” That’s also what Pence’s people did. That is the correct thing to have done. If trump had just returned the documents nothing would have happened to him.

part of the job and you bring it home with you.

I just want to make sure this is out there: the President’s home is the White House. Four years. That’s where you “go home to” (that’s the idea anyway).

Where I work, every single piece of paper belongs to the company. Every word I write, too. This is not uncommon! You get another job you take your coat and leave, there’s no boxes shipped to your house, no, not even little tiny boxes.

Document Control is a solved problem. Hire people to follow the procedures, hire people to audit compliance. It’s National Defense- I don’t remember there being any limits on that.

How about some nasty action? Print a number of innocuous pages; stamp them (in red ink) as CLASSIFIED: TOP SECRET; slip them under a target’s door; call the FBI. Be sure to leave no fingerprints. Now watch for media leaks. See who is blamed. What will FauxNewz say?

This is just Pence’s bid to look presidential. /s

Imagine what kinds of documents must be laying around the Cheney residence.

“Beginning in 2003, Cheney’s staff opted not to file required reports with the National Archives and Records Administration office charged with assuring that the executive branch protects classified information, nor did it allow inspection of its record keeping.[106] Cheney refused to release the documents, citing his executive privilege to deny congressional information requests.[107][108] Media outlets such as Time magazine and CBS News questioned whether Cheney had created a “fourth branch of government” that was not subject to any laws.[109]”

I can’t find the Tom Tomorrow cartoon about Cheney’s infamous “man-sized safe” in which he could hide and be the Schrödinger’s Vice President, who is neither legislative nor executive until he is observed.

Pence: I still have classified documents? Calls relevant authorities to take them away immediately

Biden: I still have classified documents? Calls relevant authorities to take them away immediately.

Trump: I still have classified documents? They’re mine! I declassified them with my mind powers! I gave them all back. They’re just keepsakes for Christ’s sake!

A repub House guy was being interviewed. Per him, what Pres. Biden did is SO much worse than what Pence did, because pence reported it within 4 days (he had to count on his fingers). No mention of what TFG. Turns out this displeasured congressman was Pence’s brother.

Also, don’t forget TFG wanted to go through his documents one by one to decide which he wanted to take with him. There wasn’t any “oops, found these in a box somewhere”. He chose which docs he could sell or bargain with to take with him.