Click anywhere in a blank square and see where 160,000 other people have clicked

I totally clicked in a spot that was minimally clicked and for some reason that made me feel good. It’s amazing what can make you feel good.

I took the pixel less traveled by,
And that has made all the difference.

It did not register anywhere near the spot I actually clicked. It really didn’t.

Of course, I am using a smartphone.

It could be my skin. I’m an oily dude. Five minutes after cleaning my phone and washing my hands, there’s fingerprints on the surface.

I hope at the end they reveal what the x and y axes are. Say, more/less likely to be a cannibal post apocalypse on the X and conservative/liberal on the Y.

Then wait for the news to get a whiff…

That makes even more sense in the full context of the poem.

I love it how people click the corners most often because they’re all trying to be clever.

I clicked where one of the punctuation marks in the description was. It doesn’t seem to be a very popular spot.

Most people like lines of axial symmetry, it seems.

WELL i SURE KNOW WHERE i’M NOT GONNA CLICK!

I clicked exactly where most other people clicked. Does that make me normal?

This isn’t even a little random because it’s influenced by human psychology. 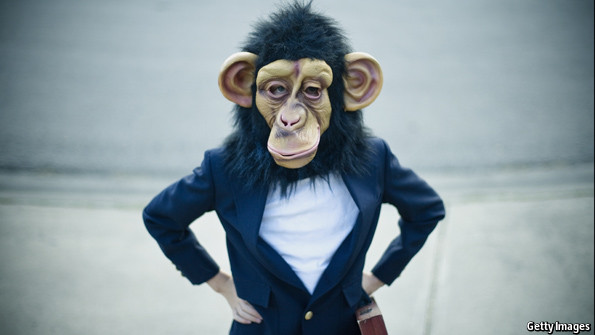 Robert Arnott and his co-authors picked 100 portfolios, each with 30 equally-weighted stocks from the 1,000 largest American stocks by market capitalisation. 94 of the 100 “dartboard portfolios” did better than a market cap-weighted portfolio of all the 1,000 stocks. Similarly, in another study Andrew Clare, Nick Motson and Steve Thomas randomly picked American stocks to construct ten million indices. An additional twist to their experiment was that the stocks were also randomly weighted. Nearly all of the ten million "monkey indices” delivered “vastly superior returns” compared to a cap-weighted index.

This isn’t even a little random because it’s influenced by human psychology.

Well, I think it brings up more questions, to be honest.

Would there be a difference between someone who spoke Japanese than someone who spoke French? Would you click differently if you’re using a touchpad, or a mouse, or a touchscreen? Android versus Apple? Old versus young? Male versus female? Left handed versus right?

Are there experiences or tools you’re used to using that instinctively make you click in certain places, or do we as homo sapiens all share the same clicking instincts no matter what our backgrounds?

It seems silly, but this revelation could inform better user interfaces for people to use.