From this outsider’s point of view, after Sandy Hook if nothing was done to fix the problem, then YES this is seen as acceptable. I know that’s not the case in most peoples minds, but that’s how it looks from the outside.

Here in Australia, after the Port Arthur mass shooting in 1996 we collectively said “NO, this is not acceptable!” and did something. Obviously we still have guns out there, and mass shootings still happen, but they are a rarity, rather than a daily occurrence

Obviously we still have guns out there, and mass shootings still happen, but they are a rarity,

To be clear what “rarity” means…

Australia has 1/10th the population of the US, so all things being equal, you’d expect around 50 mass shootings per year.

Gun laws changed dramatically in Australia, in 1996. In the 20 years before 1996, there were around 19 mass shootings; roughly one per year. We’ve had two mass shootings since 1996; less than one per decade.

We can breathe here. And we are heartbroken about how things are in the US.

Technically, it’s 3 things they have in common

and of course the unmentioned: they all had easy access to lethal weapons designed to kill scores of people quickly

we have that extra special thing that turns those all too common behaviors into mass violence: easy access to death sticks

if we want to stop this, we have to stop the guns 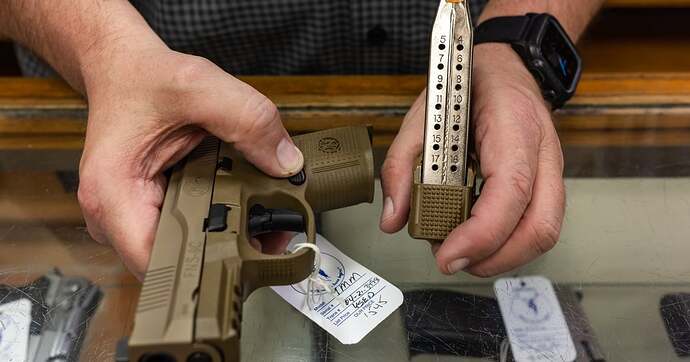 Federal judge in Texas rules that disarming those under protective orders...

So, even if America wanted to look back at the past decade of so, to figure out what caused mass shootings to become so very very common, it lacks the capacity to learn from those sorts of mistakes, because it’s far too recent to be historically relevant.

yeah, i mean that’s just an example of how people in power continue to stick their heads in the sand about issues ranging from guns, the climate, healthcare, and on

there’s a firm belief that america is “special”, so all the rules of human behavior somehow don’t apply here.

the lessons are very clear from every other country. get rid of the guns and violent ( and or suicidal ) impulses cannot be as easily carried out, so the effects of those impulses become more muted

guns are a violence amplification device. their ubiquity therefore causes death. but we’re so “exceptional” i sometimes fear we’ll never learn the lesson

Aha! But you have forgotten to define your terms!

The State of Saarland in Germany is much smaller than Rhode Island. And the State of Perlis in Malaysia is even smaller still!

The Saarland’s main function is to serve as an area unit when comparing sizes.

I seem to remember that Bremen is even smaller, but I can’t be asked to look it up just now.