Parent gets offended about choice of words coach uses when attempting to explain to teenage boys how not to cause offence. I’m sure if he’d said “Unlike last year there will be no penis waving this year at camp” somebody would still have complained.

Australians speak the most sweary English going, for fuck’s sake.

Sooo, the school is insisting that its rowers should twirl their wangas? Is this some sort of obscure Aussie greeting or taunt I am unfamiliar with? Do people walking down the street randomly drop trou and twirl at each other? The mental images are… boggling.

I was trying to imagine how a rowing team could possibly be competitive if they were twirling their wangi while acutally rowing, but I guess the part about this being an activity at camp clears that up. Sort of.

Anyone want to see my impression of an elephant?

I like to imagine that the parents of these future elites were not offended by the language, but rather the suggestion that they shouldn’t helicopter their cocks at each other for whatever reason.

Also, Random local gibbering that you can ignore - I know a couple of people involved in this story, I nearly went to this school, I had more than a few brawls with students of this school partially because I was a plebeian public school boy who didn’t appropriately respect them but mostly for my habit of rooting their girlfriends silly (and on a handful of memorable occasions, boyfriends), and we drunkenly snuck through the camps more times than I can count(and got chased by their security more than once too) after nights out on the piss at The Grove(or as we preferred, the grotto) in QUT Kelvin grove.

And of course, in response to the gentleman @GilbertWham - Fuckin’ oath mate. Australian-style swearing is an art.

Edit - Also happy to answer any further questions about the city, misspent or well spent youth depending on your perspective, the school, or whatever else comes to mind really because I talk too much.

Oh, so many headline opportunities… 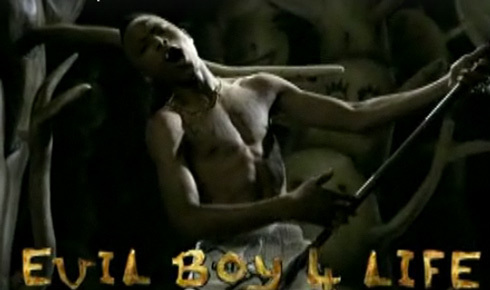 While I appreciate the sentiment, I think that prize is taken by the Irish. We are a foul-mouthed bunch, though.

Also: This kind of sexual hazing idiocy is commonplace at unisex school sports camps - particularly rowing. This is why I spent my childhood weekends playing video games instead. I think the sensitivity here is that the school is religious as so the parents are just extra whingy fuckers who think it’s possible for them to shelter their child from the real world. This is probably the same set of parents who send their kid off to a college where this shit is a daily fixture, to break-up all the drinking and sex that is otherwise going on.

We are the country that brought you:

Puppetry of the Penis

Puppetry of the Penis is a performance show. The show was initially conceived by Australian Simon Morley as the title of an art calendar, showcasing 12 of his favourite penis installations (known as Dick Tricks). On New Year's Eve in 1997 he had a garage full of calendars to sell, and with requests for live demonstrations mounting he finally decided to create an act with fellow Aussie David "Friendy" Friend. The theatrical contortion of the male genitalia (penis, scrotum, and testicles) into vari...