I would normally expect a Republican to pass a new law saying refusing to bear a surrogate child was preconception abortion not covered by Roe Vs. Wade.

It’s entirely unclear what about a “discussion” of the issue with female subordinates would make it so highly offensive. But it must have been, and we don’t have to rely on Franks’s characterization of his misconduct to figure that out.

I’m guessing he wasn’t interested in using a test tube to fertilize the eggs.

Well, I do buy a lot of thongs.

I find this guy reprehensible for his views on abortion; however, those views and him and his wife’s need/desire to use surrogates for pregnancy are separate issues…are they not?

There are very real and valid reasons for using surrogates as long as (mentioned above) it is voluntary and properly contracted and agreed upon by all parties. Asking women who work for you to do it (and perhaps coercing cooperation via your power position) would of course be wrong and his resignation would be appropriate.

But let’s not conflate the issue with something that is not related to why he is resigning. His views on abortion may be gross and marginalizing, but they are not cause for him to resign.

It’s ironic to me that a guy who works to make abortion illegal wouldn’t choose adoption over surrogacy. But it doesn’t surprise me a bit.

That’s because they don’t even become technically a garment until they’re at approximately chest-height. Prior to that, it’s just, like, a bit of string. I mean, if being uncomfortable in order to display the maximum amount of ass cheek is your steaze, then more power to you, but count me out.

I… I mean, while everyone has been running around talking like “oh, everything is different now! there are suddenly so many creepy, sexually abusive guys running around!” I’ve been sitting here shaking my head thinking that they’ve always been there, and the people who are shocked just weren’t really paying attention before now, but this? I was not aware that this was a thing.

It does, however, bolster my suspicion that a meaningful portion of the people who oppose abortion harbor some kind of impregnation fetish or fixation.

I’d just leave the garment out entirely and show my butt to the world… maybe that’s why I’m not allowed at parades.

That is not ironic whatsoever. There are many people both pro-choice and pro-life (using those two common labels for the sides) that would not consider adoption as an option.

My sister for example is pro-choice, but not willing to be an adoptive parent. People like her have a variety of reasoning behind it primarily their desire that their children be their genetic children. For those people using surrogates or invitro and other fertilization methods (some quite extreme) are their choice for having kids.

You or I may not agree with their rationale or reasoning…but it is not ironic.

Ironic would be him opposing abortion as he does, then him pressuring one of his female staff to get an abortion after he sexually assaulted her and got her pregnant. THAT would be ironic.

I think that really depends on the parade. That sort of thing might get you kicked out of the Belpre, Kansas community fair parade, but I’m pretty sure you could get away with it at Mardi Gras.

Edit: I didn’t mean to say “killed” though I guess it sorta worked. Sorry to anyone who lives in Belpre, I’m not insinuating that your community is bad in any way. Your home was just the first largely-unknown small town that I could think of, and I needed something to use for contrast.

Oh no! Scientology is losing a friend in Congress! Can’t Tom Cruise save him?

Six members of Congress wrote a letter of protest to the French ambassador last month, taking the country to task for a new report from a French government agency that attacks some self-professed religions as "cults." Was Scientology behind...

But it doesn’t surprise me a bit.

The current batch of republicans has no true moral foundation so no behavior is morally out of reach. It’s a big old bible and somewhere somehow they can justify anything they want for themselves. Equally they can condemn anything someone else does. Simple really.

I know I’m preaching to the choir here, but that’s what always gets me about the whole “values” thing.

Obama, faithful husband to one wife with two daughters = Satan
Trump “grab her by the pussy” = christian values

I know I’m preaching to the choir here, but that’s what always gets me about the whole "“values” thing.

I Know! Isn’t it amazing. Deep Christians yet they practice magic. All they have to do to be morally correct is say Jeezuz or Bibul and magically it’s all good shit for them.

It’s entirely unclear what about a “discussion” of the issue with female subordinates would make it so highly offensive.

That they were there to do office work, not rent out their wombs? Duh.

Actually I find it pretty galling that the journalist can’t see how asking your office assistant to work as a surrogate mother for you and your wife wouldn’t count as being in and of itself highly offensive. Methinks the journalist needs to attend some sensitivity trraining classes (or whatever sexual harassment prevention classes are called nowadays) themselves.

Obama, faithful husband to one wife with two daughters = Satan

Trump “grab her by the pussy” = christian values

Trump can be counted on to appoint conservative judges to the supreme court, judges who can be counted on to rule the “right” way when it comes to reproductive rights, queers, and the legality of setting up racially segregated parochial schools. And those are really the only things right wing fundamentalists really genuinely care about nowadays. 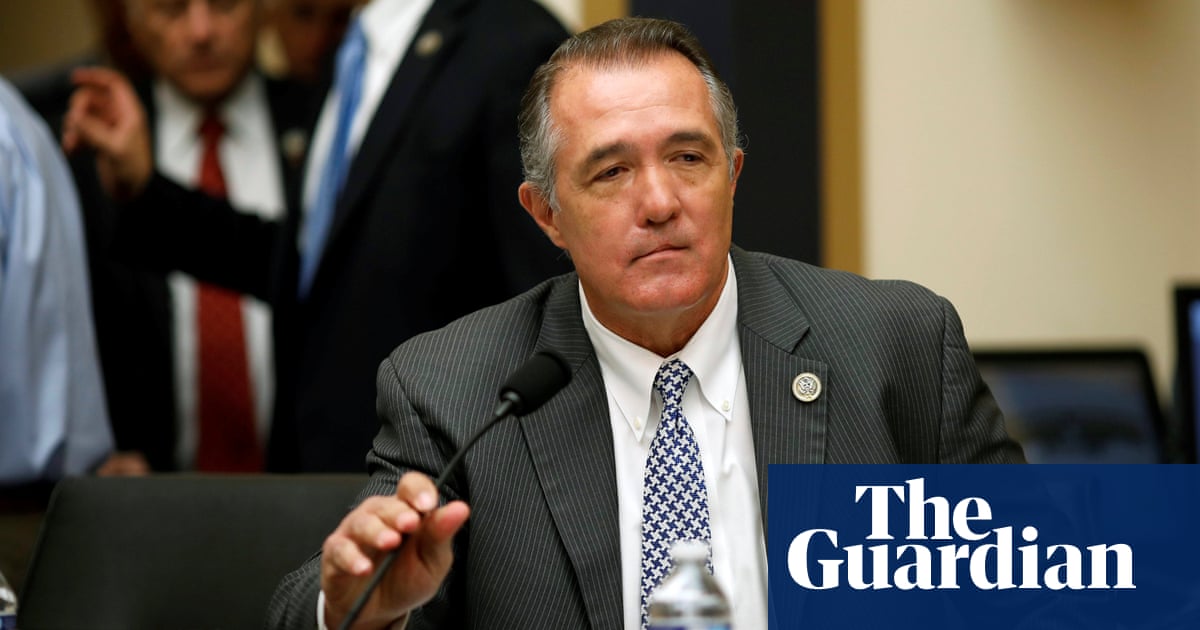 Arizona congressman to resign after discussing child surrogacy with female...

He also shared details about the difficulties he and his wife had had conceiving a child, including three miscarriages and two failed attempts to adopt a child before a “wonderful and loving lady” acted as a gestational surrogate for their twins. He said the process was a “pro-life approach that did not discard or throw away any embryos”.

Is that even legal in Arizona?

How is his replacement chosen? I suspect if it was not a certain GOP replacement he would not have resigned so cheerfully.