COVID-19 vaccination stimulates immune response in seniors, but fails in many...

Almost half of the 67 patients with blood cancers did not produce any antibodies. The response rate was even worse in patients with chronic lymphocytic leukemia.

New emails, revealed by congressional investigators, show how Trump appointees at the Department of Health and Human Services gleefully celebrated attempts to get the CDC to play down the severity of the coronavirus pandemic trib.al/poMmSD7
19 Likes
RickMycroft 9 April 2021 21:07 #4196

Fuck! I’m registered to get an appointment with the Shoppers Drug Mart chain, haven’t heard anything back yet, but it looks like their system is broken. Various branches, that have vaccine, are doing walk-ins because they’re not getting appointments from the main system. (The news of which branches is spreading rapidly through social media, probably mobbed now.)

I don’t want to start registering in multiple places, but damn!

Waiting on Shoppers for a vaccine appointment after registering online? Some...

Those lucky enough to get walk-in jabs at various Shoppers pharmacies are sharing the locations on social media and through word of mouth. 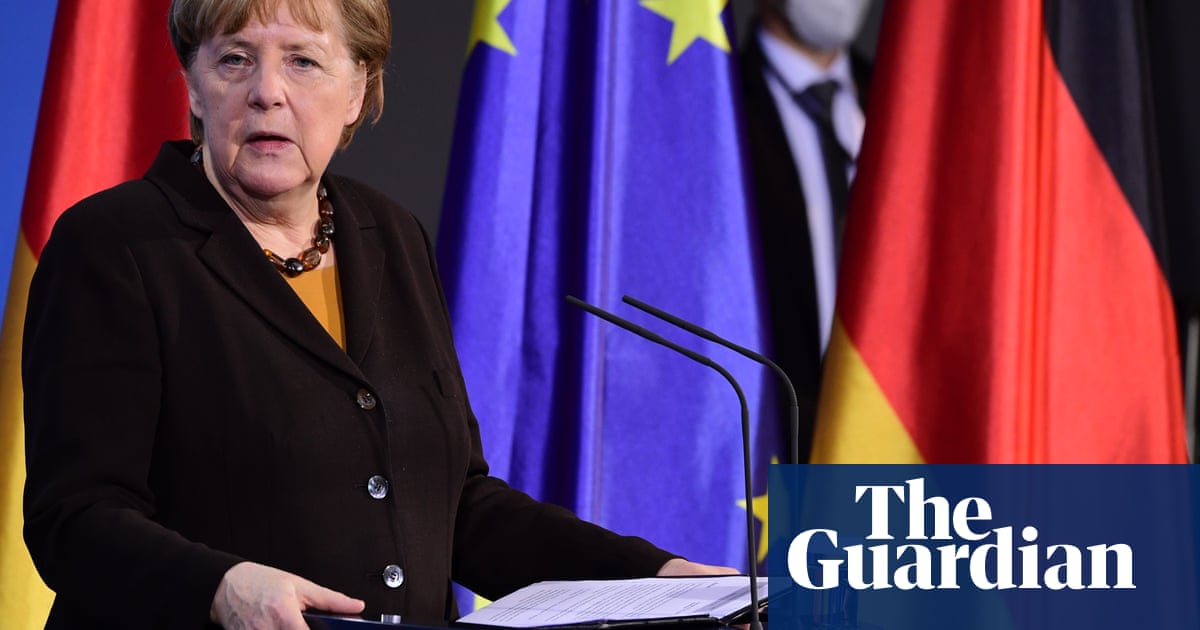 Don’t be fooled, Merkel is an integral part of this fuckup.

That said, she at least did not tell lies, as far as I remember. All the others involved did.

First of all I have a decently bad needle/bleeding phobia so it sounds like that over a regular symptom.

Second, the J&J vaccine is no joke. It’s been kicking my ass all day today. Woke up at 2:30 in the morning with a bad headache, very achy arm, mild fever, lightheadedness, swollen tonsils and even covid toes. Luckily my father took it much easier than me but it still is hitting him hard. People look at the efficacy rate and underrate how strong it is before going in for it even though it’s pretty damn battle hardened even when facing strains in South Africa and Brazil in it’s trials. Heck, the woman who sat next to me at the fire hall got pretty faint from it and the staff had to roll her out on a wheelchair to a different area to check her out.

When I got my flu shot at shoppers during the time last year we had a flu vaccine shortage there was an online registration “required”, but the pharmacist was so fed up trying to use it and never knowing day to day how many doses they had available that they just ended up giving it first come first served. I would not be surprised if that is still the case with the covid vaccine. Next time you need something from there just go first thing in the morning and ask the pharmacist.
I wouldn’t worry about registering in multiple places, it’s easy enough to decline an appointment. Just don’t make multiple appointments, there is enough people not showing up to theirs as it is.

Vaccines And Variants: What We Know So Far : Goats and Soda : NPR

But on the less hopeful side: A study of the Novavax vaccine suggests that while it’s about 89% effective at preventing mild disease from the original strain it’s only about 50% as effective against the variant dominant in South Africa.

“Almost half the efficacy is lost,” says Abdool Karim.

Worst still, a study of the AstraZeneca vaccine suggests it may have almost no ability to prevent mild disease from the variant in South Africa. Though it’s unclear how well either AstraZeneca or Novavax prevent serious illness.

Several such experiments with the Moderna vaccine suggest that because the antibodies it generates are not as effective against the variant in South Africa, it takes eight times as many of them to knock out that strain as it does to neutralize the original version of the coronavirus. One study found that it took more than 40 times as many antibodies.

In essence, it ain’t over 'till it’s over, and the more opportunities we give it to generate variants, the more likely something escapes current vaccine protections. We are sooo close. We need to get this endgame right.

Second, the J&J vaccine is no joke. It’s been kicking my ass all day today.

Evan Longoria out of Giants lineup with vaccine side effects

The Giants are back home and playing in front of fans again, but the absence of Evan Longoria is a reminder that the world is not fully past the coronavirus pandemic just yet.

Longoria is out of the starting lineup while experiencing some side effects from a vaccination; he got the one-shot Johnson & Johnson. Gabe Kapler checked with the third baseman about sharing the information, and Longoria gave him the go-ahead.

Russian and Chinese officials are spreading conspiracy theories about alleged bio-labs “under U.S. control” along their borders—implying that COVID is an American-made virus.

Russia now says it wants its vaccine back from Slovakia.

The Slovak regulatory agency, the State Institute for Drug Control, reported that the batches it received did not “have the same characteristics and properties” as the Sputnik vaccine that was peer-reviewed in the Lancet and found to be 91.6 percent effective.

The account labeled the agency’s testing results as “fake news.”

One factor in rising gun sales in Chicago? Cash from coronavirus relief checks

‘It’s a concern,’ says Teny Gross, who runs the Institute for Nonviolence Chicago, pointing to rising levels of gun possession coinciding with a big increase in violence.

But… but… I thought more guns made everyone safer! /s

Bolsonaro gives the green light, and government starts a campaign calling for social distance and wearing masks against Covid.

Not a second too late! Oh. 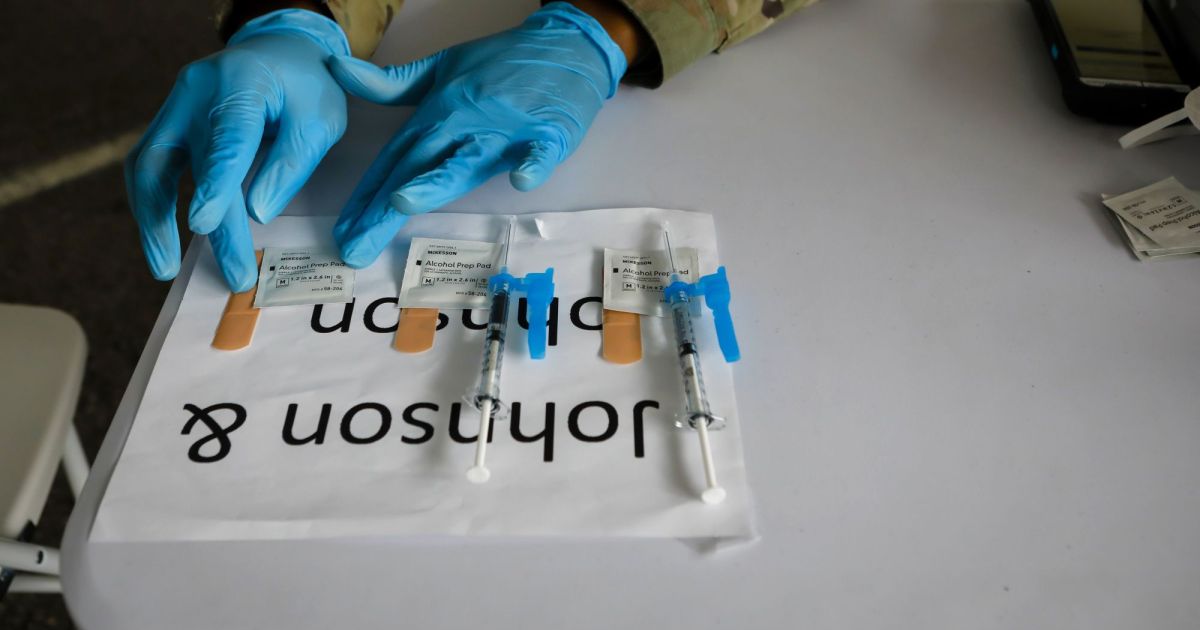 Johnson & Johnson is working with EU regulators to assess data on the rare clots, the company said in a statement.

Is it possible that the increased scrutiny had turned us on to a previously unremarked on vaccine side effect? Or, alternatively, is it perhaps linked to these otherwise wildly more effective than normal vaccines?

I went in to get my second dose this afternoon and I saw several people between the ages of 20-ish and 30-ish getting their vaccines. My husband told me that the city announced yesterday that effective today, any Long Beach resident 16 and over may get the vaccine. Since the CA state appt portal won’t be open to them until April 15, 16-49 year olds can go to the main vaccination site at the Convention Center as a walk up, or make an appointment with any participating pharmacy. Yay!

Nearly 40% of US Marines are declining Covid-19 vaccinations, according to data provided to CNN by the service, the first branch to disclose service-wide numbers on acceptance and declination cnn.it/3s0VdQ1
16 Likes
← previous page next page →