Cop arrested on felony warrant has uniform cut off with scissors

The best part is his lawyer filed a motion to have him released because of coronavirus concerns, so the judge scheduled a hearing… in six weeks.

so the judge scheduled a hearing… in six weeks.

I think it’s also fitting that a female officer was asked to initiate the physical removal of his equipment. 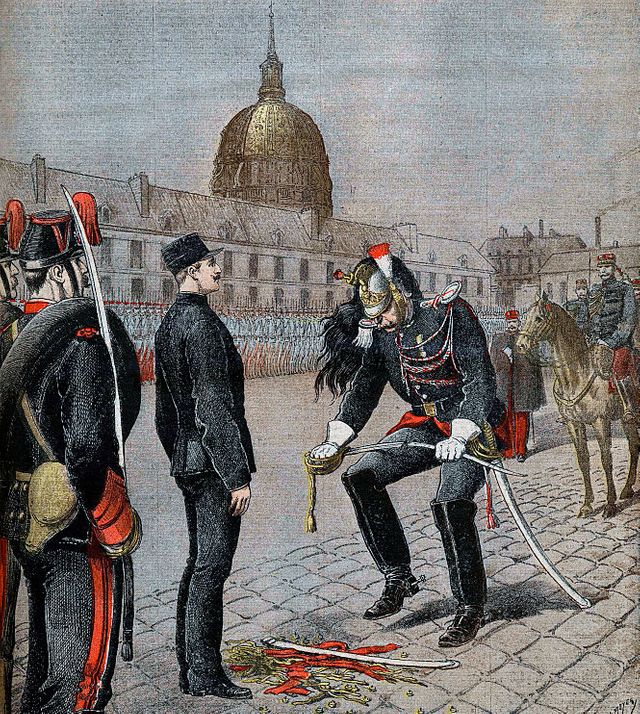 He probably will be found guilty, very little gray area here.
Just pointing out the persecution complex many LEOs have.

Alfred Dreyfus didn’t do anything wrong though

Having watched the entire satisfying video, it wasn’t too far from a good old 19th Century cashiering. Though I will point out that that particular painting refers to the Dreyfus Affair, which wasn’t France’s finest hour.

The camera footage likely put the fire under everyone to get this guy dealt with instantly. There are several armed cops helping the detectives making the arrest and a couple of very large dudes lurking out in the hallway.

Alfred Dreyfus didn’t do anything wrong though

I posted the image as a general illustration of military practice back when honour mattered. Dreyfus wasn’t the only one treated this way.

back when honour mattered

Well, more than it tends to in modern US law enforcement, low bar though that be. But yeah, there don’t seem to be a lot of iconic illustrations of the practice.

I suspect that, while some people have an almost supernatural ability to sustain theirs, sustaining the persecution complex will be harder when it is “your people” deliberately and ceremonially stripping you of your in-group identity markings.

It would be much easier to maintain a comforting feeling of victimhood if this was you and your buddies having a pity party about the glory-hound DA and your bitch girlfriend trying to ruin your life; rather than your buddies explicitly disgracing you on camera.

Drumming out is the historical act of being dishonorably dismissed from military service to the sound of the Rogue’s March or a drum. In modern figurative usage, in which the term is sometimes altered to “drub[bing/bed/etc.] out ,” it may refer to any act of expulsion or dismissal in disgrace.

FWIW, the mid-60s US TV show “Branded” starts with Chuck Connors being drummed out of the cavalry.

I truly wish they handled all LEO domestic violence cases like this. 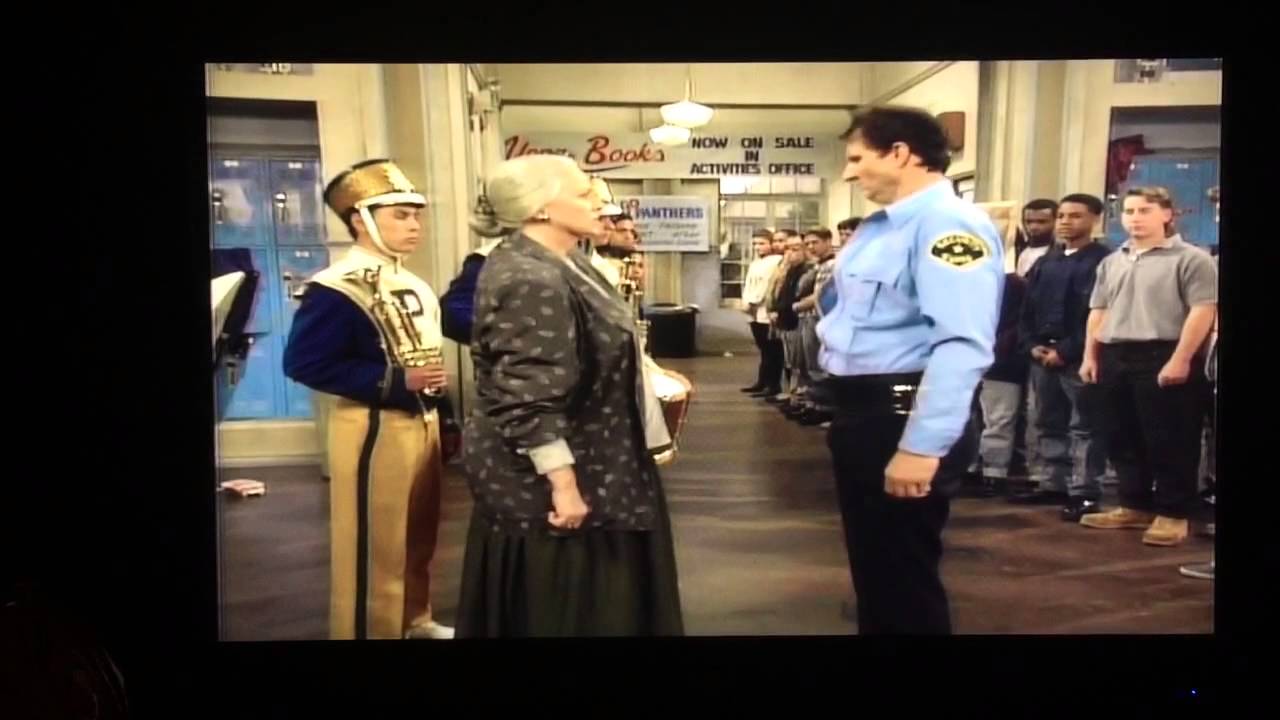 The shirt-cutting was inefficient. They could have just cut across the front from top to bottom and from the left to right sleeve cuff.

No, he is innocent until proven guilty. You don’t have to be guilty to be arrested. There has to be a reasonable presumption of guilt, and we have that: video of him beating his girlfriend, the victim reporting the crime, the victim’s bruises/scars being consistent with beating allegation. Still, he remains innocent until proven guilty, only that he was arrested and is in jail.

If you want the public to have more respect for the police, then the police need to do stuff like this more often, as opposed to the “blue wall of silence.”