Isn’t this the kind of thing that starts wars?

Definitely ready the Frederick News-Post’s tongue-partially-in-cheek reply to Kirby Delauter (do I get sued for using his name?) 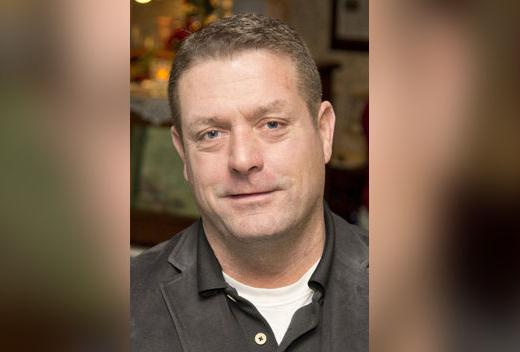 Knowing Councilman Kirby Delauter as we do, we weren't surprised that he threatened The Frederick News-Post with a lawsuit because we had, he says — and we're not making this

How about 'the uptight asshole formerly known as Kirby Delauter" ? That will do until we are each personally cleared to use his proper name.

Kirby Delauter … what a maroon.

ETA: I bet he’s one of those people who are outraged by other people’s supposedly frivolous lawsuits.

“Hey, the toy you bought for your kid maimed them for life? Big fuckin’ deal, suck it up. Hey, wait, you can’t quote me in the paper – I’ll suuuuuuue!”

That was a truly hilarious response.

There’s an even funnier article that includes this gem from one of Kirby Delauter’s colleagues:

Shreve, R-at large, told The News-Post in a phone interview he supported Delauter taking legal actions.
“I did not see his post, but I think The News-Post is extremely biased and someone should sue them,” Shreve said.

Apparently there’s a competition between these two to see who can be the bigger idiot.

Billy Shreve’s comment on the story is worthy of a posting of its own.

What the hell, dude.

Having worked at a small newspaper probably not unlike the one involved in this story, I can tell you that this sort of thing happens constantly.

Many many people decide to run for city council or other ground-level elected offices, then they are shocked when they start seeing their names in local media, and not always in positive ways. They’ll call up the newspaper publisher or editor in a rage, demand retractions and apologies for the smallest, most basic factual references, they’ll threaten lawsuits and criminal charges, and generally show a complete lack of understanding of libel/slander/free speech law.

Occasionally they’ll actually get so far as calling up a lawyer, who will politely tell them that it’s not against the law to report on city council proceedings.

Also true of private citizens whose names get printed in police arrest logs, which are public information.

I’ve also heard more than one person complain because their name got printed without their permission in the list of surviving relatives in an obituary.

EDIT: I’ll also add that the staff at the Fredrick News-Post most assuredly have a computer with Google Analytics in full-screen mode, showing a 10,000% increase in web traffic. It was always a treat when big outlets pick up local stories.

“Never move to Frederick County” seems like sage advice. Also seems like a good opening for a Country Western song.

Oh! They went for full Beetlejuice. In the headline!

Excellent response, thanks for linking!

(And check out the first letter of each paragraph in it.

NPR just picked up the story; Kirby Delauter’s Attorney sure is gonna be busy filing all those lawsuits.

Oh…there, he said it again. Stop saying it!