Wow, the movie is “garbage”, “inevitable POS”, “a bad movie”… I had no idea everyone had already seen it!

I’m not sure where all the sudden hate is coming from, given that their last few movies got really good reviews, if I’m remembering correctly.

I find Rogen’s persona in everything I’ve ever seen him in incredibly tiresome. The whole stoner comedy thing just doesn’t work for me. And that includes This Is The End, given that it keeps getting mentioned. It’s okay. For about half of it. One idea stretched way too thin. Go watch The World’s End, to see a similar idea done better.

Knocked Up was just shite, and I really can’t remember the 40 Year Old Virgin.

James Franco I find Shia LaBoeuf levels of annoying, which probably colours my opinion of his acting. I didn’t even like 127 Hours, and he got an Oscar nomination for that one, I think.

I feel no guilt whatsoever in my liking bad, lowbrow comedies. I like comedies that try to be funny - sometimes it doesn’t work, but at least they try.

Honestly I find most ‘dramatic’ movies to be oversimplistic and overwrought. Our culture takes its popcorn movies way too seriously overall. If I want a challenge I’ll read a book, usually.

No it doesn’t. Illegal downloads will punish the filmmakers, studio and employees of the studio (whom were personally harmed by this hack) for the cowardly actions of the distributor.

Rogen and Franco did a Pineapple Express sketch for the 2009 Oscars. For 2015 they’ll just have three and a half minutes of “SKETCH WITHDRAWN” on the screen.

You probably hadn’t seen that they’ve pulled it entirely. Looks like it’s torrents or nothing.

I’m not sure where all the sudden hate is coming from, given that their last few movies got really good reviews, if I’m remembering correctly.

I’ve seen Seth Rogen’s last few movies, and I’ve seen the trailers for The Interview. Honestly, this news story is by far the most amusing thing that has come out of his career.

Have I missed something and the torrents for this are already out? I wasn’t aware The Interview itself was one of the leaked films. And if Sony will not be releasing the movie period, as they announced today, then how will it ever end up online?

DAE find the framing of this post really inappropriate? “The theater chains are cowardly for not showing this film in public at pre-announced times and places. Let’s show how brave we are by torrenting it at home.” Really?

Struck me as a tad self-serving. I mean, if I think a movie’s gonna be lame, stupid, or not worth seeing, I won’t waste my time with it. If I actually want to see it, I’m generally in the habit of paying to do so (or streaming on Netflix or similar). Torrenting The Interview won’t “stick it to foes of free speech,” it’ll only stick it to Sony. They’ll eventually give it an online release, so you might as well watch it legitimately which serves the dual purpose of annoying North Korea and paying the people who stuck their tongues out at Kim to make this whole clusterfuck/free speech moment possible in the first place.

Torrenting it because the hackers made that possible strikes me as a woefully unprincipled move.

Thank you for your opinion!

Instead of pulling it, Sony should put up the torrent themselves with a donate link - “feel free to drop us a fiver if you like free speech”

To be clear: Sony will not be releasing the movie into theaters on its scheduled release day. They’ve said they’re looking into releasing it online instead or at a later date in theaters.

The other issue is that if got as much as they seem to have, they’ve probably got all of Sony’s personel and financial records - addresses, phone numbers, SSNs, bank account #s…

A reminder - this is not the first time Hollywood has self-censored in face of threats of violence. The same thing happened to the creators of South Park four years ago: 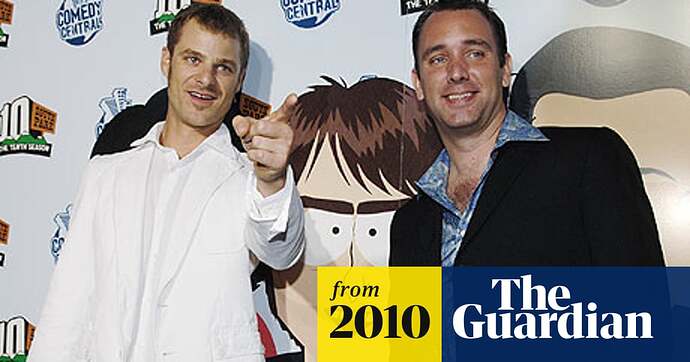 New category: Best picture cancelled due to saber-rattling. (an honor just to be nominated)

True, but this is a wholly different scale. Telling south park that they can’t show Muhammad is one thing (also lame, but respectful of the religious views of millions of non-terrorist Muslims [i.e. the vast majority]).

Not releasing a theatrical release because Nork hackers are making vague threats? Seriously, the Norks are like the little weird kid that always threatened the big kid at school but never followed up on it. NK is always huge on the bravado, zero on the action (excepting acts against SK). Let them threaten and bluster while we enjoy (or regret paying to go see) a stupid guilty pleasure.

Actually it looks like they may be done. They could always change their minds. https://variety.com/2014/film/news/sony-has-no-further-release-plans-for-the-interview-1201382167/

COME ON! America? The Land of the Free! Do what is right, release the movie, screw those “terrorist”!

I don’t even think North Korea have the infrastructure to bomb a multiplex in Gary, Michigan, much less to bomb a wide variety of cinemas around the nation.

Do you know what we do in Europe when we are threatened by foreign terrorist who doesn’t like our freedom of expression? WE DOUBLE THE RATION!

I suggest not only to release the film but even doing a sequel. Or a TV series.