Creepiest detail in Trump's 'both sides' and 'alt left' off-the-rails presser? 'Us' vs 'them.'

After all, we’re only ordinary men.

Kelly will be out within two weeks. No one can pull in this insane, demented, dumpster fire. Trump knows who his people are and has yolked himself to them. Most disappointingly, this will have little to no effect on his approval rating.

Some question about whether a bad transcript was involved. Watching the NBC clip on Twitter, I can’t tell.

Deleting this tweet. Transcript I used is wrong. https://t.co/e92gR40SUe 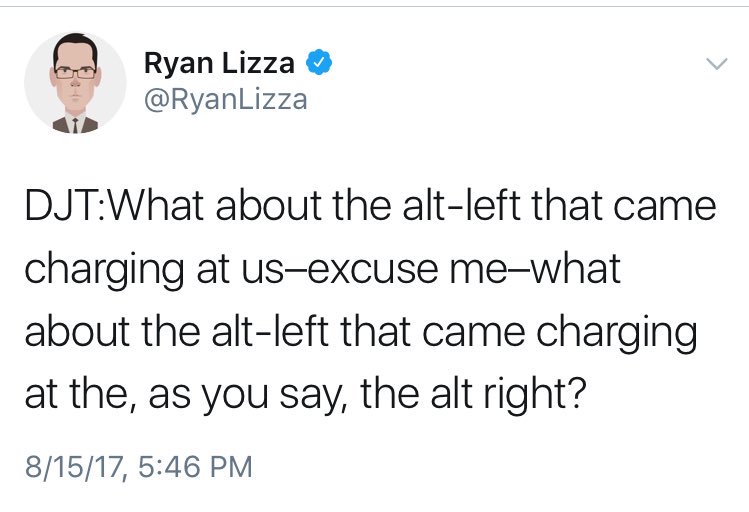 Daily I think I couldn’t hate that pus sac any worse…then the next day arrives and jesuuz he’s gone farther into the trump Reich. There is no limit to his depravity, each day he finds a way to shed any traces of morality he may have over looked.

Check out the crossed arms in the story’s photo. This, from simplybodylanguage.com:

“When someone crosses their arms, it usually means that they’re closed for arguments. By crossing the arms, a barrier is put in front of the body, as some sort of protection. Putting an object in front of you may be the same signal. Another reason for crossing arms may be that you’re feeling vulnerable or insecure.”

“Alt-left”. . . I don’t know of anyone on the left that uses that term, whereas Richard Spencer himself came up with “alt-right.”

I’m willing to bet Trump heard this term from Sean Hannity, who is fond of throwing it around. Hannity is trying to equate the white supremacist alt-right with everyone on the left by using the term alt-left, since he seems to now refer to everyone on the left as “alt-left.”

Won’t work. He didn’t grow up in Brooklyn.

I’ve found definitive evidence of the alt-left charging at Us.

Yep. He’s a zero who keeps generating negatives like a mo-fo.

Maybe someone was reading “The Snows of Kilimanjaro” to Trump (he doesn’t read) and he got into the changes of perspective from first person to second person to third person.

Or he’s a gigantic douche bag. 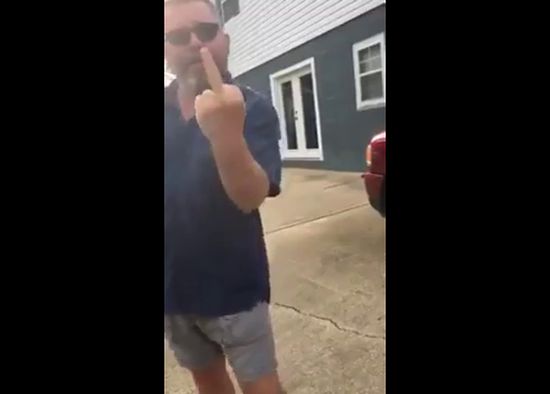 Joe Love of Mount Holly, NC insists he's not a Nazi but “this is Nazi f---ing America.”

Yeah, it’s hard to make out but I’d say “them” is more likely. Either way, let’s stop talking about this, lest it give the impression that you have to put Turmp’s words under a microscope to detect his friendship for neo-nazis. Since, you know, it can be seen from space.

Like NBC, Politco has revised their transcript. they can’t confirm that he said "Charging at us" 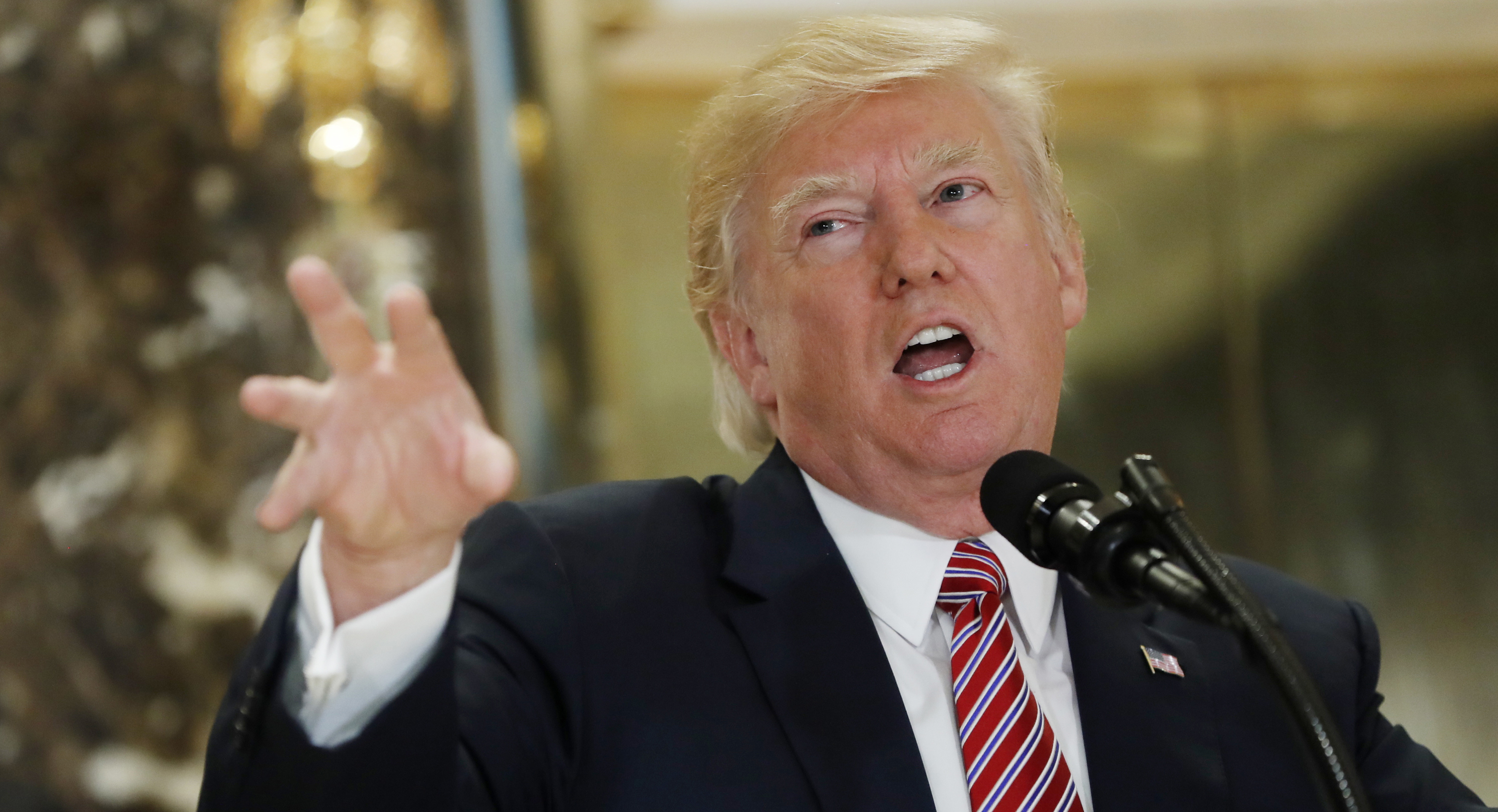 A transcript of the president's remarks at Trump Tower.

Suddenly impeachment and President Pence doesn’t seem so bad after all.

I still would rather see Trump and Pence eaten by bears, but I can be placated with impeachment or removal from office due to mental instability.

Some men are created more ordinary than others.