The coin toss thing is misleading.

Basically, the coin tosses decided county delegates, which are different and separate from delegate equivalents.

EDIT: Full disclosure, I’m a strange person who writes in random people because I can’t really abide voting for people who want to be president.

On Main Street at noon!

The nation that sees itself as the epitome of democracy … decides elections with a coin toss?

The whole controversies around the 2004 presidential election raised eyebrows but this is even more amusing (or depressing).

Just in case you’re one of those non-Americans I keep hearing so much about, it might be important to note that this isn’t so much deciding an election as it is deciding who gets the big pile of money that will go to support them in the actual election. Because of First Past the Post, we’re stuck with a two-party system, which means that the pile goes to two individuals and one of those two has the best chance of winning, The people who raise the money get to basically decide how they want to distribute it, and the “Primary Elections” are how they’ve decided to figure out who to give it to (though if I’m not mistaken, Iowa is actually a caucus? Or maybe it’s not anymore…who the frig knows).

So basically: the Democratic party in Iowa figured that a coin toss is the best idea for tie-breaking. Some other party operatives somewhere else might use a different method, or not, or whatever. We leave it up to them - they have the big pile of money, it’s up to them what they want to do with it.

The shenanigans in '04 and '00 were much less about parties doing weird shit to make up their minds, and much more about systemic issues in the political system as a whole.

Kasich definitely comes off as “the grownup in the room” and the most sensible and adult, but those of us from Ohio know that he’s an excellent actor.

Let’s not forget the “Department of Judeo-Christian Cultural Hegemony”.

She’d also be the first woman President; OTOH look how well that turned out for the equivalent post in Thatcherite Britain.

Deciding any delegate by coin toss is shameful and embarrassing in a modern democratic election no matter how you look at it, and not really comparable to a voter writing in a candidate (in fact, if Clinton gets the nomination I’ll do that myself since I’m in a solidly blue state).

“Sometimes, knowing that everyone in the office hates me so much that they won’t even ride in an elevator with me kind of brought me down,” she said. “That’s why this Cruz thing is such a game-changer.”

Dozens of pariahs said that the Cruz triumph meant that “the sky’s the limit” for widely hated people like them.

She’d also be the first woman President; OTOH look how well that turned out for the equivalent post in Thatcherite Britain.

It’s sort of the classic problem: It would be nice to have a woman as president, but any woman who is willing to do what it takes to be president is probably a very bad choice. (You can read that sentence against an replace “woman” with “human” if you like.)

down goes trump! down goes trump! rubio won. he’s the one to watch and he’s that smooth talking, double talking, talking points robot with the smiling face who can possibly get both far right and establishment republicans on his side then lose like mitt.
if cruz became the nominee he would then lose in the most spectacular and crushing loss ever. i’m an atheist social democrat who will vote cruz in the primary then anyone but a republican.

I love this picture, captured around 11:45 when Clinton realised she’d be “winning” against Sanders by less that 0.5%. The deflation of her arrogant sense of entitlement is delicious (the sticker boy in the bg only adds to it)

Tell me again who won?

My own sense of entitlement is quite congenial.

Clinton. By half a percentage point. That’s not the face of someone who just 6 months ago was expecting to win by at least 10% in Iowa without giving any ideological ground toward progressives.

And in comparison to Clinton, I’ll take people like you who keep their sense of entitlement to themselves and make a convincing show of humility and listening to others you want on your side.

Oh yeah, I know! But they should also do it in the middle of the town’s Main Street at noon.

It sure beats settling things with a gunfight.

Sort of like the margin of Clinton’s “victory” in Iowa, come to think of it.

Clinton only won because of the olds. If she gets through to the general she’s going to have to deal with the fact that under-40 Dems don’t like her at all.

I’m an under 40 liberal (not a Dem, political parties make me feel greasy). And from where I sit opinion seems pretty split among my peers. And frankly I tend to draw the line that it doesn’t technically matter which takes the nom, either presidency will likely look identical. On paper, with past policy positions and actions in actual government they’re effectively identical. Sure you can point to this issue or that moment and say “but my candidate did this”. But over all its kind of a wash. Bernie is a career politician that seldom risked too much, or accomplished anything major. Basically a gadfly that pecked the Dems internally to push them more toward their left wing. Hillary is a career politician that seldom risked much, or accomplished anything major. She’s a center left political animal that mainly focused on working the system to eek things through.

Bernie is pitching progressive reach positions. That’s not particularly encouraging because we just saw 8 years of the Republican’s lock on the house shutting that right the hell down. Hillary is campaigning on what’s practical. Which is boring because what the hell is inspiring about saying “well we might be able to do this”.

In terms of how that all works out in the end?

Bernie’s “political revolution” is naive as hell. It completely ignores the voter suppression and gerrymandering that have given the GOP a near lock on the house, and even firmer control of State and County offices all over the country. The sort of political change necessary to over come that doesn’t just happen because a Bernie Sanders gave us a sound bite. Combine that with the little foibles and scandals rolling out of his campaign (hacking another Campaigns info is some straight Nixon shit, regardless of the excuse). He’s either exactly the sort of political animal Hillary is, despite claiming otherwise. Or he’s hopelessly naive, and can’t (or doesn’t care to) maintain control of his own campaign apparatus

Hillary is Hillary. She’s got deeply depressing connections to exactly the sort of corrupt power structures that are causing us so many problems. She’s capable (if not likely) of tacking center right in the same way her husband did after election (she’s done it before). But if anything she’s a bit too in control of her shit. Out of the two of them, given their history I tend to think Hillary’s got the more experience, and more skill in actually making shit happen in Washington.

So if I’ve got to pick one of these two boring ass, uninspiring options I’m going to go with Hillary. She’ll do better in a general, and she’ll probably provide a more stable presidency. And more importantly leave progressives and liberals with a better outlook for next time around.

And that seems to be the discussion among the “youngs”. Because like I said I don’t think its really all that important which of the two gets it. Its likely to be a Democrat taking the election this year. If your at all interested in moving this country in a more progressive direction the DNC is the only option. They’re presenting a pretty unified front predicated in terms of class, economics, equality etc. If either of them gets elected we’re likely to see at least one term that’s a repeat of the last 8 years. The more important thing is the try and shift things on those down ballot elections. Attack the GOP’s control of the house. Work on state and local elections. Fight all that voter suppression But there isn’t likely to be much movement on any of that until the next census comes out in 2020. So its a holding pattern for now.

But frankly I’m getting sick of the Bernie side of things. His supporters are talking like they won’t vote if he doesn’t take the nomination. Which is the stupidest god damned thing they can do if they care at all about progressive causes or creating liberal momentum in this country. Many of them I’ve run into are singularly unwilling to acknowledge that anyone might have legit reasons for supporting anyone else. And more than a few of the most fervent Bernie boosters I known really only seem to support the guy because he mentioned their favorite pet issue once or twice, and they know next to nothing else about the guy. Its obnoxious. And it looks an awful lot more like the sort of purity test based, ideological nonsense that drives the right than I’m comfortable with.

Winning six coin tosses in a row isn’t that uncommon – assuming a fair coin, the chances of that is 2^-6 or 1/64 or a little over 1.56%. Not as good as matching just the powerball in the lottery game Powerball (2.6%) but not as bad as matching the powerball and one other ball (1.087%)

The fact that the districts resorted to coin tosses to decide the winner … that would be BSOD-worthy except that this is American politics, where some district boundaries look like spaghetti thrown against the wall (seriously, look at the 2nd, 18th, and 33rd in Texas.)

Is it better to limit your losses by going for a centrist, or increase the chances of a positive outcome by picking a radical? I don’t have the moxy to send a whacko down the line to the general election.

The nation that sees itself as the epitome of democracy … decides elections with a coin toss?

First and foremost, how about you tell us how Iowa’s caucuses are set up?

…
…
Got it. So can you tell me how the “election” was decided?
…
…
Got it. Here’s some reading material for you–be sure to read the first item closely, regarding who sets up caucusing in Iowa, then check down the list as you see fit: 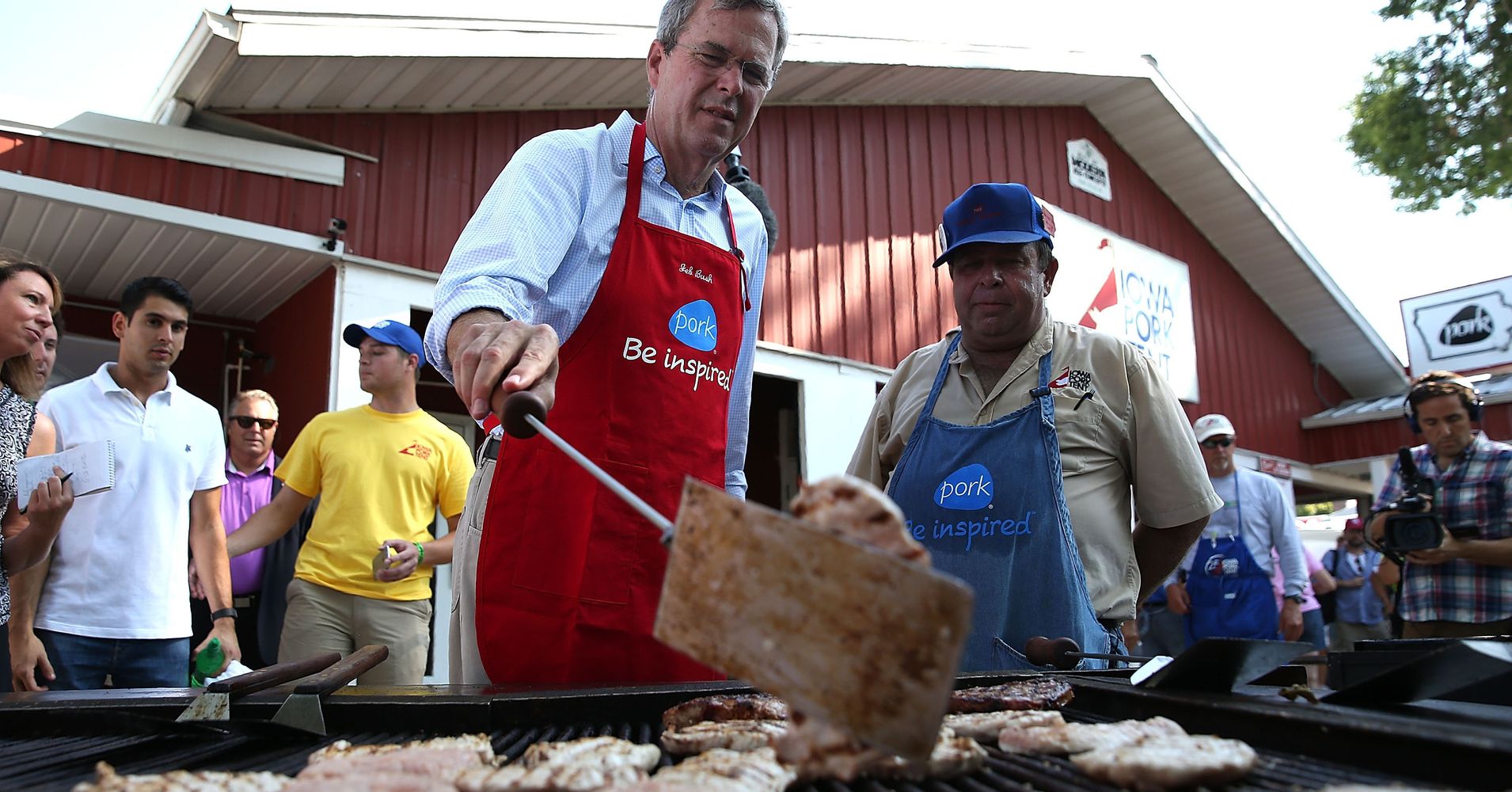 16 Things You Probably Didn't Know About The Iowa Caucuses

Iowa's presidential nominating contest is unlike anything else in the nation.