Janis herself likes it too– 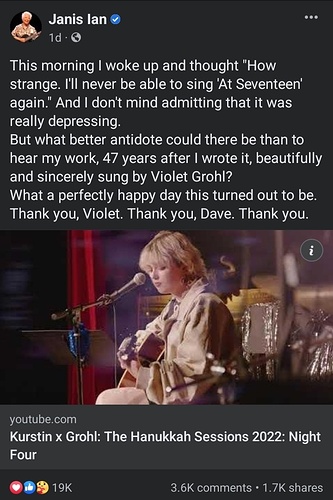 Beautiful. Really loved the arrangement as well.
She appears to be singing it in the original key as well - I could be wrong, and often am…

Piano was way too loud, and the horns could have used a bit more rehearsal, but Violet was lovely.

Somehow I never knew that was a real person and not just a kickass character from Mean Girls; TIL! 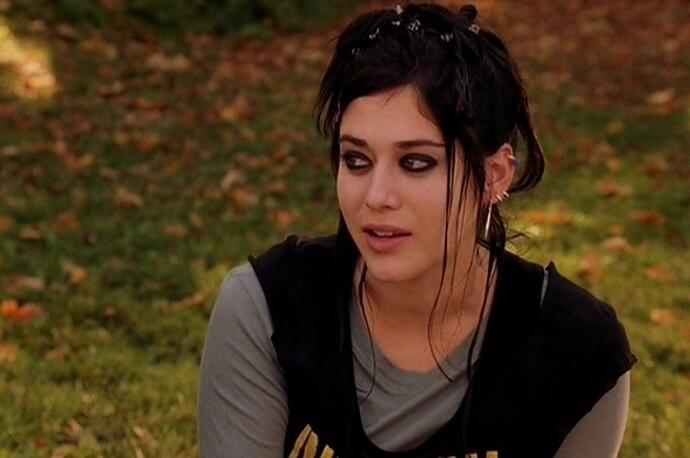 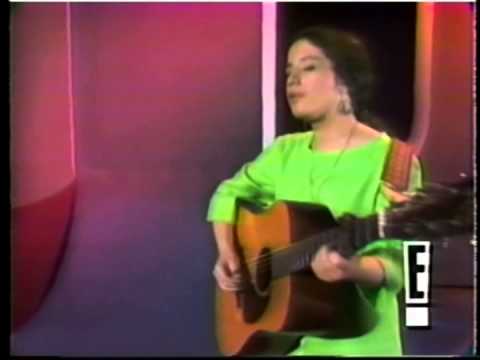 Can we have Nandi on drums for the next cover?

That would be cool!!

I had to google ‘nepo-baby’.
Gary Numan’s daughter has joined him on stage to massive and wonderful effect. Violet Grohl is talented, and I’m sure there are many other offspring who mirror their parents’ talent (I would hesitate to say inherit).

If you have a problem with nepotism, take it out on the musks and drumpfs of the world, rather than the kids who actually contribute something nice to this otherwise shitty existence.

So, thanks for making me google that shitty, cynical term.

eta: oh, that was a reply to wossisname, but he appears to have buggered off…

Rock on Violet; that was great!

I had to google ‘nepo-baby’.

Talent is often hereditary; money and privilege shouldn’t be.