That kind of nickname is usually given in a sarcastic sense.

That’s ok; the blurred comment was sarcastic, so I think we’re good here

I remember the obituary of Screaming Lord Such in the paper like 15 years ago, and that was how I learned of the British Monster Raving Loony Party

Didnt realize they were still around. Cool. Lord Such seemed a hell of a lot more sane than the loonies running the UK right now

Indeed. Dave Sutch may have been driven - and killed - by his manic-depression, but he genuinely served UK democracy well, not least as a safety-valve for protest votes.

Let’s hope he doesn’t balls it up.

the far-right lunatics still in UKIP are fading into complete and utter irrelevance.

Until, belatedly, they join the rest of their erstwhile peers in the Brexit Party Company

Some parents need a good slap for the names they saddle their kids with.

Here in Texas we had a Governor (our 20th) named James Stephen “Big Jim” Hogg who, for reasons unknown, named his only daughter Ima. She might even have a statue somewhere on the UT campus.

This, I predict, will rapidly derail into a funny names thread. I grew up with a dentist named Dick Head (an Aussie immigrant, maybe it means something else down under?) Worked with an ob-gyn named Dr. Payne and a FP named Dr. Life. I could go on, but shall now out now.

His name only qualifies him for the slightly silly party, I think:
British Monster Raving Loony Party

“Dickhead” is the quintessential Australian insult.

maybe it means something else down under?

“Dickhead” is the quintessential Australian insult.

Oh, that down under.

I thought that was a shorter word?

I once met a Claire hazard who worked in insurance, she thought it was hilarious.

Ima doesn’t have a statue but James Hogg does — but it was removed and will be relocated. It was removed during the Confederate statue removals, not because he was a Confederate, but his statue would have been one remaining in the group after Lee, Johnston, and Reagan were removed, making that area look weird.

“the far-right lunatics still in UKIP are fading into complete and utter irrelevance.”
Disagree - the ideologues are very much holding the reins. Upsetting.

That one’s just as likely to be used as a term of endearment tho. 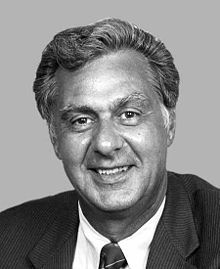 Richard Keith "Dick" Armey (/ˈɑːrmi/; born July 7, 1940) is an American economist and politician. He was a U.S. Representative from Texas' 26th congressional district (1985–2003) and House Majority Leader (1995–2003). He was one of the engineers of the "Republican Revolution" of the 1990s, in which Republicans were elected to majorities of both houses of Congress for the first time in four decades. Armey was one of the chief authors of the Contract with America. Armey is also an author and form...

Funny, I’m pretty sure the last person to lead UKIP was a dick brain as well…

To be closely followed by Bell End