Sometimes these segments cherry pick the wingnuts in order for a good story (see this one), but this is literally true.

Just about every right winger I have come across IRL or online has no idea what CRT is about. Just what the fearmongering right wing news has told them. Can’t explain it, don’t care to read a single thing about it, just complain.

Meanwhile at the club: “So do you know what this here ‘crit-i-cal race therrry’ is all about Chumley?” “No sir, Alls I know is that it’s got enough of an academical multi-syllable name to it that we can easily turn it into a liberal scheme to force school children to have sex with puppies”[swigs brandy]

I mean, the guy who started this whole “controversy” is pretty up-front about his disingenuousness - admitting that he grabbed hold of it for its scary sounding name (to conservatives, anyways) and is falsely both claiming it’s taught in schools and attributing all sorts of stuff to it so that can’t be defended. Of course the liberal “defense” is: this is all bullshit, but in the post-Trump era, the truth doesn’t matter anymore, so it’s not the defense it should be.

@generic_name
Yep. The whole “critical race theory” thing is an elaborate straw/boogey-man to distract from that fact.

Maybe it’s only me, but…

“a device to capture white guilt,”

I wonder if proton packs are involved in this process.

Sadly, this term for conservatives fighting CRT in schools hasn’t caught on:

These folks are using GOP talking points, organizations, and PAC money, so I’m tempted to see if we can get an umbrella term to stick. How about the Mushroom Movement? They’re determined to keep their kids in the dark and feed them bullshit - treatment some of them learned to accept from certain political and religious leaders. ETA: THIS is what we get when “educators” and politicians come up with their own ideas for teaching history. I can imagine the states’ rights wailing (or flight to pr…

I have that with CBT, but that’s something else.

Yes, in some underfunded schools still have to use computers running XP with CRT screens for the CBT courses.

I definitely don’t think we need to be teaching CBT in schools!

As long as it’s consensual and between adults, why the hell not? Don’t yuck someone else’s yum.

I don’t think that any conservatives are going to sign up to read this article in Al Jazeera, but I found it unusually readable - the language is surprisingly simple and straightforward. It doesn’t get down into the fine detail but provides a very clear (and damning) summary: 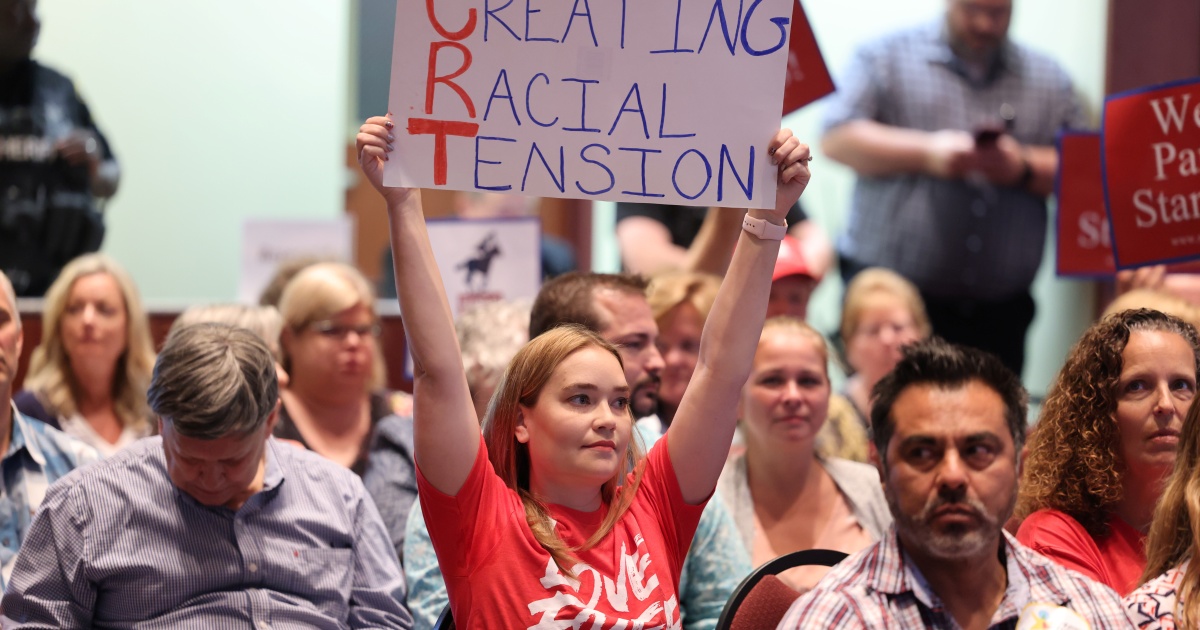 What is Critical Race Theory?

And why are racists afraid of it?

What I’m getting from that is: 1. the United States is innately evil, and 2. So are white people.

Let’s break it down: Obviously an /s, but that’s never obvious.

Critical: If someone is being critical, they are insulting you.
Race: That means Black, obviously.
Theory: Means “not true”, as in “evolution is just a theory”; BS

Maybe it’s only me, but…

It is not only you, trust me…

Cognitive Behavioral Therapy, or the other one?

They don’t care to understand. In fact, they’d like to sweep anything under the label they can. That’s the point. Those that understand it will pretend like they don’t. It doesn’t serve their purpose.

@ryanlcooper
remembering how the main anti-CRT guy has repeatedly stated in public that he is totally dishonest theweek.com/politics/10018… https://t.co/2lvofT8DWA

What I’m getting from that is: 1. the United States is innately evil, and 2. So are white people.

Okay, so you prefer to oversimplify CRT and any clear explanation of it to a straw man, instead of summarizing the actual gist of what was said, let aloneany of its actual details.

IOW, just like Tromp and his followers. Got it.