Hey, a jury of his peers has found him more than qualified to be president:

These guys always bring out that promise to make the USA “great again” (I heard at least two other candidates said the same thing this year), but I also know every single one of them will insist that “The United States of America is the greatest nation on Earth!”

They never seem willing to say exactly when they think America hit peak greatness either. Was it prior to the Civil War, when many Americans were bought and sold as livestock? Was it during the era of expansion when we were committing wholesale genocide against Indigenous Peoples? World War I, before women were allowed to vote? The 1950s, when LGBT people were basically illegal and racial segregation was a mainstream political platform? We’re all dying to know!

Personally even though I think America has a lot of room for improvement in the “greatness” category I still feel like we’ve been generally moving in the right direction for the last 240 years or so.

No contest. Bernie Sanders is enough of a realist to know that he’s bald. Donald’s hair just looks like something he had to shoot with a tranquilizer gun just to keep it from running away.

Yeah, but in context, we weren’t doing anything different than most of the rest of the world. Not saying what was done was right, just that attitudes were different.

When Donald Trump strode on to the stage at Trump Tower on Tuesday to announce that he would enter the Republican race for president, a rock and roll anthem blared: Neil Young’s "Rockin’ in the Free World." It was an odd choice, given that the 1989 song seemed to slam a Republican administration for not giving a damn about the poor. And Young has taken exception to Trump's appropriation of his tune. A statement issued to Mother Jones for Young by his longtime manager Elliot Roberts suggests Young was not pleased by Trump's use of the song:

Donald Trump's use of "Rockin' in the Free World" was not authorized. Mr. Young is a longtime supporter of Bernie Sanders.

I’d describe it as more of a “slither”.

Suddenly it occurs to me that Sarah Palin might not have gotten anywhere near the following that she did if people weren’t so interested in hearing what ridiculous thing she was going to say next. This could be the start of something bad.

That sounds like damning with faint praise. After all, America ostensibly was doing something different; it originated in a war with some ten thousand deaths in battle alone, and people today still claim this as a great revolution in the name of equality.

Meanwhile the British Empire, which I think on its own counts as a pretty large portion of the world, banned the slave trade in 1803 and slavery itself in 1833. America wouldn’t abolish slavery until 1865, and then it was still prevalent enough that this involved a war killing hundreds of thousands of people.

If America needed so much bloodshed just so it would not be much different than anyone else, why would anyone look at that as greatness of any kind? I’m with Brainspore; at least today it isn’t so far behind countries like England, Canada, and Australia.

Right, meanwhile… Boing Boing has yet to mention Bernie Sanders since well before he’s officially launched his campaign.

What the living fuck? 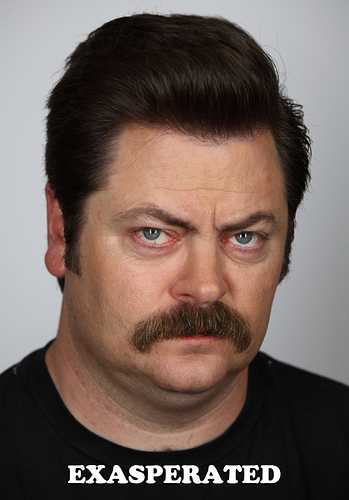 So, you’re saying the US would have been better off not rebelling? 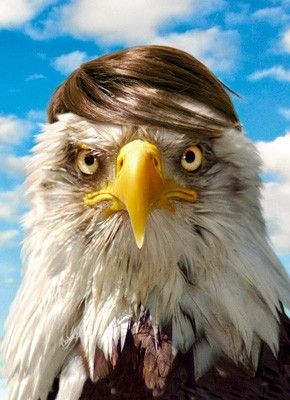 I wonder if the Republican party plans to use Trump’s candidacy to improve the image of their “real” candidates by comparison. “<other candidate>: Not As Crazy As Trump!”

A reasonable theory considering what happened last time, except so far there’s so much crazy it’s hard to tell which candidate is supposed to be “real”.

NEW YORK—In a blockbuster announcement today, Donald Trump announced that he is a very sad man who has nothing to live for other than drawing attention to himself. "I'm a sad, pathetic human being and a complete waste of life," said...

Whichever one does the best in New Hampshire and/or Ohio, naturally. I doubt Donald “The Duck” Trump (or maybe The Trumpeter; he certainly blows his own horn loudly enough) will drop out before then.

WTF is with Republicans and using music that is so often actually critical of them, and without permission?

They HAVE their playlist, it’s like, Ted Nugent and Lynyrd Skynyrd and some other stuff too. Why not just go with that?

“Donald Trump announces net worth of 9 billion dollars, asks world when exactly will he have enough to buy some respect.”

Quote “What the fuck is wrong with you people, 9 BILLION, ya gotta respect that…no?”