Donald Trump mad after Ben Carson's book outsells his own

Either tome is safe for septic systems

Isn’t it nice of those two that they make basically every mainstream Republican look comparatively sane and electable?

No they don’t. Maybe they’re supposed to, but no.

only the kind with rational markets ; )

I’m not feeling rage. Rage is reserved for when Trump is competently exploiting the worst impulses in american politics.

This is like a mythbusters segment, where you’ve been watching a fuse burning, and it got to the dynamite, and for the longest time nothing happens. And everyone is saying, wtf is going on?

And then the enormous explosion.

This is what Trump looks like melting down. If I feel anything, it’s relief - Trump defied my expectations for so long, I seriously wondered if the american people might allow him the presidency. Okay, maybe a little schadenfreude too, but mostly relief

I’m not even sure what that means, anymore, nor whether there are any in the current campaigns.

EDIT: It reminds me of Eisenhower and I wasn’t even born during his lifetime.

I said that if you’re a child molester, a sick puppy, a child molester, there’s no cure for that - there’s only one cure and we don’t want to talk about that cure, that’s the ultimate cure. No there’s two, there’s death and the other thing.

Wait, I thought death was the first thing. No, okay, thinking… right, Donald Trump thinks castration is so much worse than death that he can’t even bring himself to say the word. Alright.

Ripping into Carson fans so harshly seems strategically short-sighted, because if the Trump campaign is going to have any chance at all he’ll eventually have to win over a lot of people who aren’t already Trump supporters.

He’s already alienated women, immigrants, non-white people, non-Christian people, gays, pacifists, veterans, moderates, poor people and anyone with a shred of human empathy. If there’s one group he can’t afford to alienate it’s “voters who want to elect a crazy man with zero experience in government.”

Sadly, they come from some assumptions. Allow me to illustrate:

I, for one, refuse to believe that Trump is actually a human. I like to imagine him to be a reptilian because that thought helps me sleep at night.

It reminds me of Eisenhower and I wasn’t even born during his lifetime.

I was born during the Eisenhower administration (“the political equivalent of Valium”), and I can’t recognize anything in this current crop of GOP wannabes as the Republicanism I was raised to adore. (Well, Kasich is somewhat recognizable.)

Republicrazy seemed to climb out of the primordial Reagan ooze to a tenuous foothold in politics, but didn’t truly bloom until the 1st term of the Cheney presidency. All I can figure is that they spent the Clinton years inbreeding like…well, like crazy.

if he’s so mad why is he starting to take his pants off in that gif?

ok now imagine you’re a republican.
There’s a big white guy with a bad suit and ugly hair yelling that all the people you hate are bad.
He’s also yelling that if you don’t get in line you are stupid and probably effeminate.
You don’t want to get on this guys bad side because:

In other words Trump knows the way to win these people over is to insult them, bully them, scare them, and offer to let them be on your side but act quick, this offer might just disappear losers!

I don’t understand the question. When I’m mad, the pants come off first. 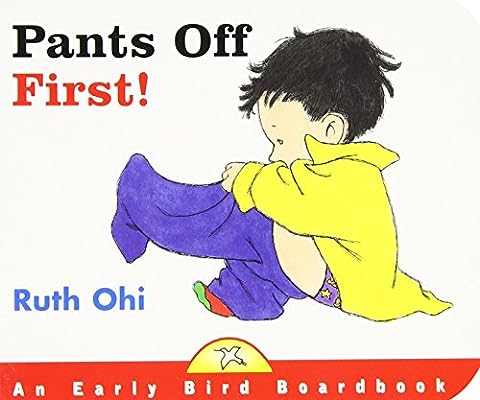 Pants Off First (An Early Bird Board Book)

"Time to undress," says Mummy, as she puts out his pajamas and hurries back to her dinner guests. And that's exactly what this little boy is going to do. So one by one, each article of clothing is pul ...

I find your last remark insulting to fine silurian ladies. 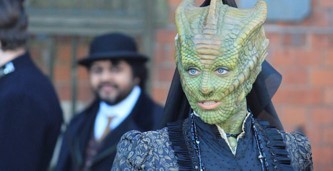 My favorite thing about that GIF is that the normally rapturous TrumpFans in the background are mostly displaying expressions of weariness and grave concern. The beardy guys are sitting in stunned silence, the young woman in the necklace behind them zoned out hours ago, the guys on the right have sunk into irreconcilable depression, and the women behind the “Trump” sign are nudging each other just to keep the snickering under control.

This rant went on for 95 minutes, and even used up the time he promised for a Q&A session. That’s a lot of angry monologuing from a guy who said it would be unreasonable for a ten-person debate to go any longer than two hours (including commercials).

That’s how he tweets?

I think that they may be trying to figure out what he means by “pathological.”
Well, that and wondering if he is wearing a diaper.

That animated gif is PURE MAGIC.

This morning there was a black man in the subway yelling over and over to nobody in particular: “Vote Donald Trump! Make America white again!”