I really don’t think people can stir up half the rage over Clinton that Obama got.

There’s been a stewing right-wing loading and hostility building over Clinton for decades. I’ve know some normal-seeming, college educated people who are sure Clinton has secret death squads murdering every political threat, since they’ve been told its true so many times. With the heaps of right-wing smears already building the narrative of Clinton as the most corrupt, dishonest, demonic, vicious politician known to mankind, I think they could work up a frothy lather of rage pretty easily from the base.

YES. That guy. Good freakin’ god. I remember hearing that bit of terrible news on NPR. He is second only to civil war on the the ranked list of ‘Things the Philippines Does Not Need Right Now’.

Donald Trump jokes that the “Second Amendment, People,” in other words militantly pro-gun conservatives who themselves own and use guns, might be able to find a way to deal with Clinton selecting Supreme Court justices during her term.

Maybe he’s saying they should shoot every SCOTUS nominee?

A lot of hate was directed his way, but I don’t recall either McCain or Romney actually calling for his assassination.

I think he must have just heard people talking about it. Very smart people. I mean really great, smart people.

Duterte seems to be true to his word, too.

More than a thousand Filipinos have reportedly been murdered or disappeared as a result of President’s Duterte’s war on drugs – in little more than a month since he took charge. 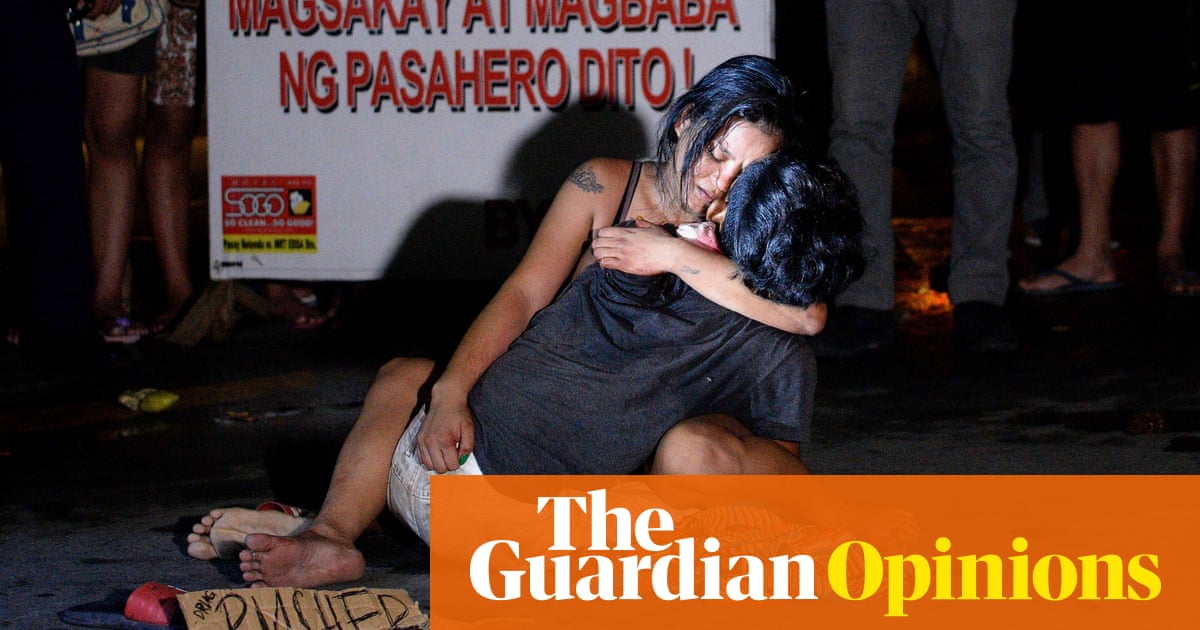 The kill list: how the Philippines’ leader is letting people get away with...

Nah, too easy. Also, from everything I’ve read Trump’s brand of authoritarianism is much closer to that of the Latin-American caudillo.

If conservatives hadn’t spent the last 8 years frothing at the mouth over Obama and promoting every anti-government conspiracy theory that came down the pike, would the GOP have a nominee who publicly suggests “Hey, maybe we can shoot Hillary Clinton”?

In other words, “I blame Obama.”

Uh…is there not some kind of law against advocating that a potential president be assassinated?

It’s not that I think you’re wrong @Xeni, I just wonder how you can call this a NEW low given ALL the lows? I can’t call this a quantitative comparison anymore.

It’s more like a kid who can’t play the piano so they just bash all the keys at the deep and untuned keys because they like them more. Yeah, technically, they may be hitting new lows at some points but that’s not what’s really irritating.

Mr. Trump should be careful what he wishes for, 'cause plenty of gun-types are going to be extremely disappointed with him come November.

THANK YOU for using stark language to describe this utterance. The original statement wasn’t funny, cute, or clever, and deserves to be portrayed in the harshest possible light.

Mr. Trump should be careful what he wishes for, 'cause plenty of gun-types are going to be extremely disappointed with him come November.

It wouldn’t be the first time… https://en.m.wikipedia.org/wiki/Andrés_Escobar

Also, given how many people who have died under mysterious circumstances around Hillary, I wouldn’t joke about that sort of thing, Donald. Especailly with such a large target (though hands will be safe.)

It’s been more than eight years of hate-mongering. Remember when G Gordon Liddy was talking about how he used a cardboard cutout of Hillary Clinton when he was target shooting and found his accuracy improved while he was recommending listeners murder ATF agents back in the 90s? This was when Rush Limbaugh was the most popular AM radio host running a show full of race-baiting, spinning every Clinton conspiracy theory, and calling Chelsea Clinton the White House Dog. The right-wing hate machine’s gotten more mainstream, but it’s been around for a very long time.

G. Gordon Liddy: listening to Hitler "made me feel a strength inside I had never...

There have actually been a few attempts, but the two-party system mentality is strong; anyone who is strongly Republican and has influence gets derided by the Trumpsters for being “establishment”, and anyone who tries to run against Trump “wants Killary to win”.

I use that particular schoolyard name for Clinton because that’ll be the excuse. “She doesn’t deserve respect because Benghazi.”

Between this and his statements that if he loses, it’s because the election is rigged, I’m actually not being hyperbolic when I say I’m afraid of what’ll happen if (when) Trump loses.

The best way to understand this is to remember that Biff—I mean Don—has to dominate everyone he comes in contact with. If you’re not kissing his ass, you’re a threat. And that goes double for wimminfolk. So to be dominated so completely and undeniably by a woman—a woman!—is something he just can’t bear.