She stopped “fighting for us” the first time she lied in praise of her boss. Her goal is to retain her job, not provide accurate information. Fauci’s reputation is intact because he doesn’t kowtow to the Moron, nor lie for him. Hers is in tatters, and rightfully so.

As for this doctor being in the military excusing her behavior, she too two oaths: the Hippocratic and to protect the Constitution. She has broken both. “Just following orders“ is the excuse given at Nuremberg, and she fits into the collaborator role perfectly.

Isn’t this crone on record actually thanking Trump for allowing us to elect him? Didn’t I see her saying exactly that? I admit all the bluehairs who worship him look alike to me, but I distinctly remember seeing her say that.

very least you have to recognize his ramblings are literally killing people and poisoning them now. 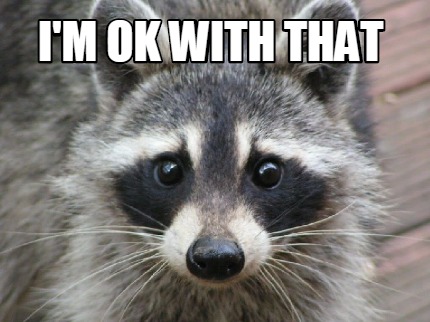 She thought she took the Hypocritic Oath instead. It’s an easy mistake anyone could make!

If she was a real Trump Cultist she would have said his ideas about injecting disinfectants or using light to kill the virus inside the body were brilliant or at least worth exploring,

How’s this:
“You have to understand that this was an example of the very highly respected design-thinking technique, Worst Possible Idea. It helps get us out of the box of our expertise and see things in a new way. And he’s brilliant at it. Really the best. He has a gift for quickly identifying the worst possible idea. His whole presidency has been one long, long, long, oh god so long, design thinking session.”

Do I get the job?

I’m not a fan of the gaslighting, either. As I said, if I was in her shoes and didn’t want to answer a political question, I’d just say so. But has she ever lied about something scientific or medical? In the example of the CNN interview, she deflects and dodges when asked to pass judgement on the lies of the president, but when it comes to the science and medicine, she gets right back on track.

Dr. Fauci has also deflected when he’s been asked questions that are too directly condemning of the president. Why does he get a pass and Dr. Birx doesn’t?

Lies of omission are still lies, and she does this Everytime she refuses to accurately answer questions and to unequivocally refute the medical claims/suggestions of her boss.

Loyalty to Mass Murderer Trump is nothing less than aiding and abetting homicide.

Trump is the King Midas of stupid. Thanks to social distancing, Fauci hasn’t been touched yet, but he’ll probably be sacrificed so Trump can keep his stupid touch intact.

In Brix’s defense, Trump didn’t tell people to inject shit, he told people he was going to have other people test injecting shit on yet other people.

I have no great hope that he wouldn’t have jumped to “shoot Clorox” in a few more hours, but that’s what the Presidunce does.

Funny you should say that, because he was criticized several times right here on BoingBoing for just that:

After the facepalm, Dr. Fauci expresses his frustration boing

Trump said "I didn't know about" cutting pandemic response team. Here's a 2018 video of him talking about why he cut the team boing

I have no one left to trust in the government.

Sometimes it’s hard to know whether these people are ass-kissing because they are actual Trump cultists, opportunists trying to get ahead, craven government workers just trying to hang onto their jobs, or health professionals cutting a Faustian (Fauci-an?) bargain because they think staying in Trump’s good graces is their best shot at being able to remain in a position where they might actually be able to help people.

He does not understand these are disposable items. Masks are not issued like guns and used only when necessary. The Gowns, gloves and face shields are constantly discarded and disposed, not saved and re-used Ideally all are disposed of after contact with EACH patient according to Standard Precautions. I wish Fauci would bring this up at a presser.

Fauci has had the decency to take a stand against President Turnip repeatedly since then.

But thanks for letting me watch you use a digital post hole digger.

I think Birx and many others are already writing the chapter of their memoirs where they justify their participation in the insanity as a ‘greater good’ self sacrifice of their personal prospects and reputation.

At a certain point, which I believe is long past, enabling that maniac in any way is no longer connected to the greater good. I might be wrong, but in the meantime we all need to hold them to account constantly.

Because the truth matters.

Right. Absolutely. But some questions don’t advance the truth. Trump can relied upon to ignore the question, either with an attack, or a long-winded ramble about something unrelated that doesn’t provide any illumination.

I see a lot of reporters ask questions that, for example, rely on some measure of self-reflection from Trump, which he’s not capable of (and we all know it). If he could answer the question, there might be something of worth there. But since he can’t, the response is, predictably, nothing but a waste of time.

Trump can relied upon to ignore the question, either with an attack, or a long-winded ramble about something unrelated that doesn’t provide any illumination.

I take your point, and you are right as far as it goes. My perspective though, is that we learn plenty about Trump and the administration from his attempts to deflect and spin, and especially from his ridiculous attacks on reporters who ask really straightforward questions that any competent politician should be able to handle easily.

We may not learn anything from the answer about the question that has been asked, but we learn plenty about the character and trustworthiness of the responder. I think there is a cumulative effect in allowing people to see that on display. He is playing to an ever-decreasing base.

Even more necessary is for the press to stand on its hind legs and perform their true function–to question the powerful, no matter how much the powerful hate it.

I think Birx and many others are already writing the chapter of their memoirs where they justify their participation in the insanity as a ‘greater good’ self sacrifice of their personal prospects and reputation.

Unfortunately not everyone who works within the confines of a monstrous regime in a desperate attempt to temper its worst actions gets to be remembered like Oskar Schindler.

Funny you should say that, because he was criticized several times right here on BoingBoing for just that:

Don’t quote me out of context to support whatever your POV is. You went back 25 days to pull that one up.
You are really stretching it if you think I was "criticizing " Fauci with the comment referenced. I said “I wished Fauci would” bring up a subject is not criticism. It was wishful thinking. He never came out and tried to defend Trump’s ignorant comments that I was referencing.

Basically I’m just getting really frustrated with reporters asking stupid questions, which I see a lot of. A few of them would be stupid questions under normal circumstances but some are just stupid questions because they’re the sort of questions that only get meaningful responses during a normal presidency, when it isn’t. They simply haven’t adjusted to the fact that this is not a normal situation and they can’t ask the usual questions.

Don’t quote me out of context to support whatever your POV is. You went back 25 days to pull that one up.

But thanks for letting me watch you use a digital post hole digger.

I quoted both of you in context, linked so that anyone who wanted to dig deeper into the context can do so easily.

Fauci took heat here and elsewhere for not correcting Trump or being more outspoken. I defended him at the time, just like I’m defending Birx now. I like the way that Fauci has handled himself better than Dr. Birx, but to have people say Fauci is a hero and Birx is a toady represents both short-term memory and more than a little sexism.