Sometimes it’s hard to know whether these people are ass-kissing because they are actual Trump cultists, opportunists trying to get ahead, craven government workers just trying to hang onto their jobs, or health professionals cutting a Faustian (Fauci-an?) bargain because they think staying in Trump’s good graces is their best shot at being able to remain in a position where they might actually be able to help people.

When this is all over, I hope there will be a lot of charges of Reckless Endangerment flying the way of the Virus Deniers.

or health professionals cutting a Faustian (Fauci-an?) bargain because they think staying in Trump’s good graces is their best shot at being able to remain in a position where they might actually be able to help people.

I just read a little bit about her, and I wouldn’t be surprised if that’s what’s going on, though obviously I can’t really know. Anthony Fauci has been trying to thread the needle with Trump’s BS and it’s one step forward, one step back; maybe she thinks full-on ego massage is the best strategy for dealing with Donnie.

Here he is interrupting her to complain about the media a couple days ago. Is this an example of him being “attentive to scientific literature and data?” 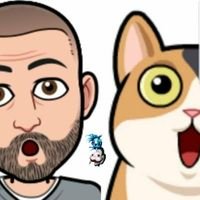 Is This The Face That Launched A Thousand Sicks? 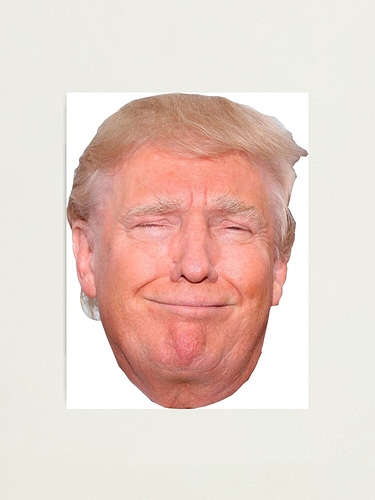 Much like the interviews with Dr. Fauci, the questions asked seem intended to carve the subject from the pack, and in such a way to trigger the amygdala in the viewer. If you think Fauci et. al. are helpful where they are, use two brain cells and ask the question in a way that doesn’t force them to either be a sycophant or a rebel. That or we lose what chance we have for a least-pessimal outcome.

She’s delusional if she thinks people will actually buy her BS.

You know, I think she is employing a masterful psychological strategy to get Trump to try to handle this seriously. Think about it; if you say the way Trump is handling things is wrong, he just doubles down on what he’s doing and labels you as an enemy. If you wanted Trump to do something that he’s not, what better way to get him to do it than to say he’s already doing it, and he’s doing great, and should be commended for it. That goes straight to his narcissism, and he convinces himself “Yes, I am using scientific data to handle this crisis. I am using that data to send resources to where they’re most needed. I’m going to keep doing that.” He doesn’t know the difference.

EDIT, after further though: You notice, she doesn’t say “I think Trump is doing a great job waffling about whether this is serious, insulting Democratic state governors, obviously caring only about the stock market and his poll numbers.” No. She says “He’s doing a great job…” and then describes what a sane, competent president would do.

Yeah, Dr. Birx basically can’t publicly contradict the president. She is not an elected official or independent expert, she’s speaking as a representative of trump’s covid-19 response team. It is the job of the free press to call out the president’s lies. Putting someone who couldn’t possibly answer honestly on the spot to describe his response is just bad journalism.

Even after all the fucked up things that orange asshat has done in those long years since his election, I watch scenes like that one with a mixture of surprise, disbelief and horror. I just can’t seem to get used to his incredible ignorance about, well, anything, and utter lack of respect for anyone else besides himself. That must be his magic trick: people believe all this is just an act and there is an actual human being inside him that is capable of at least the occasional coherent thought.

It’s not possible to know the answer to that. Certainly, it is ridiculous to watch educated and knowledgeable people suck up to the most ignorant person in the room. I can’t decide whether there is more harm in pretending that he is adding something to the process, or if it would be better for EVERY expert to show just exactly how ignorant he is, and to stop the enabling.

Sadly, his followers won’t ever budge from the cult, and those us us who see him for the charlatan that he is will again suffer when he lashes out like the petulant child that he proves himself to be each time he speaks. We’ve fallen into the most fucked up of timelines.

Really? I’d expect that in China or North Korea. But I thought the US prided yourself on Freedom of Speech? Except when it contradicts Da Boss, eh?

Well, what did you expect to see on OBN news?

Obsequiously? Shill seems more on target. Who gave this woman a medical license? After that clueless speech, I wouldn’t let her treat a tickbite on my dog.

She’s delusional if she thinks people will actually buy her BS.

I wish it were so, but I was reading a NYT comment thread and someone actually defended DJT by pointing out that all his experts had been publicly praising his leadership. It boggles the mind, but people do buy it.

John Goodman doesn’t look too happy being in this scene. 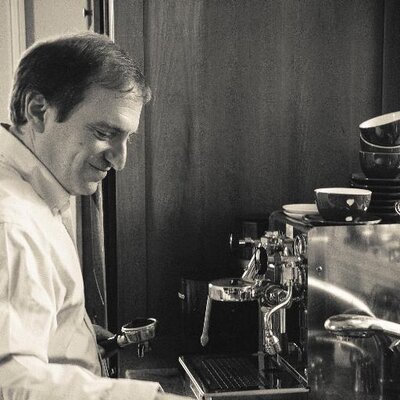 Tonight #DeborahBirx stated that models anticipating large-scale transmission of COVID-19 do not match reality on the ground. Our modeling (done by @StephenKissler based on work with @ctedijanto and @yhgrad and me) is one of the models she is talking about.

"I am using that data to send resources to where it’s most needed. I’m going to keep doing that.” He doesn’t know the difference.

Other people have tried this and it never works precisely because the problem is he doesn’t know the difference. He just keeps doing what he was doing (i.e. the totally wrong thing), but is now convinced he is doing the opposite of what he is actually doing. He’ll become convinced that everyone going back to work around Easter time is what the scientific evidence tells us - because he decided that.