(off-topic, but … )
How does one pronounce that? Or does one?

I’m reminded of the farmers who voted for Trump. Who found that suddenly their labor supply dried up and they were all, “No, wait, we didn’t mean our immigrants!” Just one of a million examples of Republican voters shocked that the thing they said they wanted also applied to them, and no, they definitely didn’t want it, could you only apply it to everyone else, please.

To grossly misquote Orwell: If you want a picture of the Republican party, imagine a leopard eating a human face – for ever.

Oprah, I am looking at you. You brought this snake oil peddler into our homes

I’ve never known what to make of Oprah. She’s said lots of good things and hosted many good people and championed good causes on her show. At the same time she’s given us bozos like Drs Oz and Phil. Her philanthropy is undeniable yet it always seems to run parallel to brand building.

My wife subscribed to Oprah’s magazine for a while. In each issue an article would urge readers to do good in the world and to help those less privileged than they. Then in the back pages we’d read how for her cover shot Oprah wore a $2000 blouse and a $5000 bracelet. Similarly, coverage of her Leadership Academy in South Africa always seemed to be less about the school and its students than about Oprah as its generous benefactor.

I guess good works are good works regardless of their original motivation. But all this, Oprah, Oz and Phil, seems like variations on the popular theme that becoming a wealthy celebrity grants one the power to know what’s best for the non-celebrity masses. Apparently a lot of the masses agree because they’ve voted for Oz like they voted for Donny.

I think many future PHD dissertations will cover the impact Oprah had on America - for better or worse.

I’m really not sure if her messages of empowerment and optimism get cancelled out by introducing the world to the likes of Oz or Phil.

I also think she has culpability on some level in the Rise of Woo ™ but smarter people than I can explain why not.

It reads like a Don Martin sound effect, e.g. someone depresses the pedal on a step-can, the lid flies up and hits someone else in the face – “Asplund-d-d-d-h-hh!”

As your United States Senator, I will fight [MAGAt boilerplate bullshit snipped]

Well, he’s not Senator yet, and ‘fighting’ doesn’t mean winning.

Pretty much sums 'em all up. Grifters to the core.

Too quick, too easy, & makes too much sense; therefore, it’ll never happen.

And the Border Patrol, as well. They’ve been getting too big for their britches.
Hell, I would abolish that totalitarian-monikered DHS; break it back into the constituent parts.
That will make it easier to abolish/modify those parts.

But I don’t think that is what Oz is going for.

Since he is a MAGAt, you can bet there will be Pain & Suffering involved.

There’s Liz Cheney, the neoCons at The Lincoln Project, and other elements of the GOP establishment who know that this isn’t normal.

I don’t think any of that crowd are ‘normal’, either.
I’m old enough to remember that there was once a creature [long since extinct] known as a Liberal Republican. That whole party has slid so far to the right, that the likes of Barry Goldwater is regarded as being far too liberal to be elected.

…only to be left flailing about when they realised the reality of the situation too late.

In the second scenario it will be progressives and fighting liberals – and not conservatives or Third Way Dem “centrists” and “moderates” – who’ll be doing the heavy lifting.

I think that will be true in both scenarios; ‘centrism’ and ‘moderation’ vs. fascism results in death by a thousand cuts at best, if not outright capitulation. 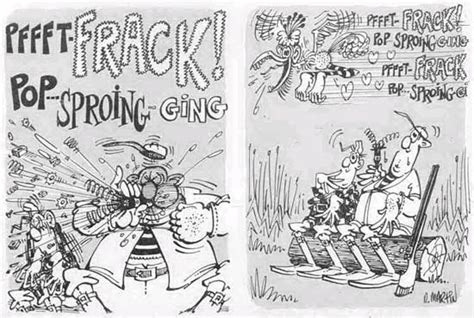 She gave us Dr. Phil and others as well. She’s disturbingly like Joe Rogan in the sense of giving her massive platform to all the wrong people.

Oprah has done immense good in this world as well, but her total absence of discrimination for her kingmaker powers has been very damaging indeed.

And Melania, who (likely fraudulently) entered the US on a “genius” visa, despite never having excelled in her profession.

I don’t think any of that crowd are ‘normal’, either.

They’re “normal” in the sense that they saw the norms as useful, even when they were twisting them in their quest for power. Gingrich, the Bush family, and their ilk were operating in bad faith within the rules, much like certain of our more persistent toxic tr0lls have been able to do here (although the BBS rules are less tolerant of bad actors). The death cult now in control of the GOP, in contrast, is just burning everything down, often for no other reason than they’re being pyromaniacs.

I think that will be true in both scenarios

In the first scenario, progressives and fighting liberals will be doing the bulk of the suffering – another form of heavy lifting. Navalny or Pussy Riot in Russia provide a preview. The centists and compromisers will either exit political life or become members of the sham opposition (because modern fascists acknowledge that a pretense to democracy is useful to maintaining the superficial legitimacy of their regime).

To be an MD and medical school faculty (emeritus) and to

plug wellness quackery that he must know is expensive garbage at best, well, he’ll fit right in.

It seems that Dr. Mehmet Oz’s transformation from respected surgeon to deplorable pseudoscience advocate is complete. He recently slandered Dr. Fauci as a “petty tyrant” and then called him “cowardly” for not taking the bait to get into a...

But I don’t think that is what Oz is going for.

The “anti-immigration” capitalists know that they have a powerful tool for control in those laws. They may be currently prevented from outright owning slaves, but having the force of ICE to threaten someone with means you can pay them so much less than documented workers without fear they’re going to try take legal action against you.

She’s disturbingly like Joe Rogan in the sense of giving her massive platform to all the wrong people.

Whoa. On her worst day, I wouldn’t compare Oprah to someone who is a walking talking example of racism, toxic masculinity, and mediocre male syndrome. He’s failed upwards into having a platform of millions who enjoy his form of “entertainment,” but IMO the main difference is that Rogan is “the wrong people,” so he brings on folks whose views reflect his own.

Over the years, she’s had a lot of regulars on her show and most did not turn out to be monsters. Still, the other thing they have in common is the audience in the US where too many people put celebs on a pedestal. It’s why celebrity carpetbaggers like Dr. Oz and Herschel Walker have gone so far.

The root of the problem doesn’t lie with the provider of the platform, though. Otherwise, we could go after Lorne Michaels, David Letterman, Conan O’Brien, etc. for exposing us to folks who turned toxic once their debuts led to fame. The assumption that fans know people because they are famous and entertained them in some way needs to die in a fire. People are multifaceted, and what they show to an audience is not necessarily all of themselves - or even their true self. This is why every time that illusion of friendliness, trust, competence, knowledge, or common decency is shattered by their words or actions, some folks go off the deep end engaging in reactions of denial, anger, or betrayal.

he could have chosen to be different. he didn’t have to turn his access into evil. no one compelled him to do so. he chose to.

Whoa. On her worst day, I wouldn’t compare Oprah to someone who is a walking talking example of racism, toxic masculinity, and mediocre male syndrome.

Easy now. I’m a fan of Oprah and didn’t accuse her of any of those things you just listed. I was very specific in speaking only of who she chose to elevate to superstardom. Medical quacks, for the most part, and people like Sylvia Browne as well.