Unlike the person she attacked, she’ll be fine. Surely there’s a job for her at Fox “News,” where she can be trotted out a couple times a day to whine about campus cancel culture.

Will she learn anything? Depends on how much Fox will be paying her to show up and claim she’s the latest victim of cancel culture. She’s certainly their type. A young blonde white woman who is racist as fuck. 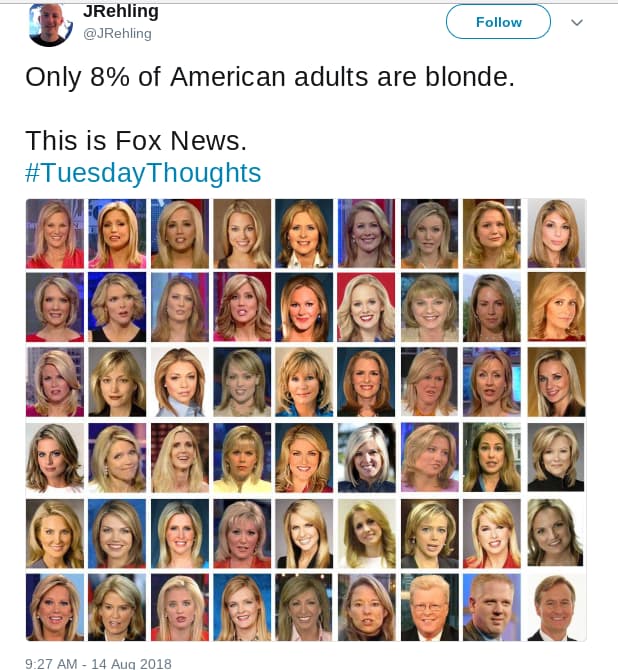 I wonder if the expulsion happened because this student was a woman. Plenty of male students who do similar shit get a pass-like rapist Brock Turner. Female police officers who shoot people also seem to get fired more readily than the male ones.

I was going for a “They’re the same picture” gif but I like this one more.

“Next up: She was hounded out of school by the woke mob for using speech that was insufficiently PC! We talk with Sophia Rosing about how campus snowflakes and CRT have impacted her life, and her plans to become a champion of free speech.” — Jesse Watters, probably

If not a FoxNews talking head then certainly a future Ky politician.

I don’t expect her to learn anything. She will feel like the victim. She will justify her racism even more and will probably think this was something done to her by those awful awful dark people. The only hope there might have been for her to really change in a meaningful way might have been to conduct a restorative justice process, but that would mean not expelling her, so it’s moot.

This wasn’t the first time Sophia Rosing has been caught on camera behaving terribly. I wonder if she’ll learn anything from this most recent experience?

She may well learn though that there’s good grifting to be had in playing the “poor widdle, conventionally pretty attacked white woman.”

I thought being a “Karen” was over…

In fact, she probably won’t be fine. This will follow her around for years, if not decades, every time she tries to apply for a job. And so she’s about to learn about “consequences,” maybe for the first time in her life. I am not unhappy about this.

Oh, you sweet summer child. The news stream has just been distracted by the midterms. The Karen’s are still out there.
This might be the youngest Karen I’ve seen, though. Maybe there’s hope for her to learn, educate herself, and become a better person.
Hope springs eternal.

So does the Whiskey bottle…

In fact, she probably won’t be fine. This will follow her around for years, if not decades, every time she tries to apply for a job. And so she’s about to learn about “consequences,” maybe for the first time in her life. I am not unhappy about this.

Maybe, but there do seem to be positions out there akin to Fox News Regular for someone like her.

Maybe she’ll get a degree at Liberty University, then move on to one of many lucrative posts in the White Grievance Industry.

Christians think God is a moron. “I’ll just say, ‘I’m sorry,’ and then he has to let me into Heaven. I always win! What? What do you mean ‘repentance?’”