Papasan permits you to shoot Dutch officials with the paintballs, just to see if it works. Tell’em I sent ya…

I scared off a wolf using silver paint balls once and the next morning a naked guy covered in welts showed up at my door asking “what the hell, man?”

I’m hoping the wolves get paintball guns too.

“Wolves not scared of humans? Do you want dogs, because that is how you get dogs.”

I don’t know if paintballs are the best option here, but in general you want to keep wild animals wild and away from people. Especially if they can get bitey and eaty.

In contrast to humans, paintballs can be extremely dangerous for dogs and other pets.

Firstly, the ingredients in paintballs can draw fluid away from the body and into the intestinal tract. This factor can lead to dehydration, vomiting, diarrhea, increased thirst, and increased urination.

The most concerning of all effects is the severe elevation in the blood sodium level. If the sodium level in your pet’s blood gets too high, it can lead to blood vessels’ tearing and bleeding in and around the brain.

Believe it or not, it can actually cause brain cells to shrink in extreme cases.

Of all the dangers surrounding high sodium levels in the blood, shrinking brain cells can be challenging to identify, as symptoms can present themselves in a multitude of ways such as:

5 to 10 paintballs are enough to cause a severe reaction in a 60-pound dog. The exact number of paintballs leading to toxicity in pets is unknown, so it is essential to always err on the side of caution. 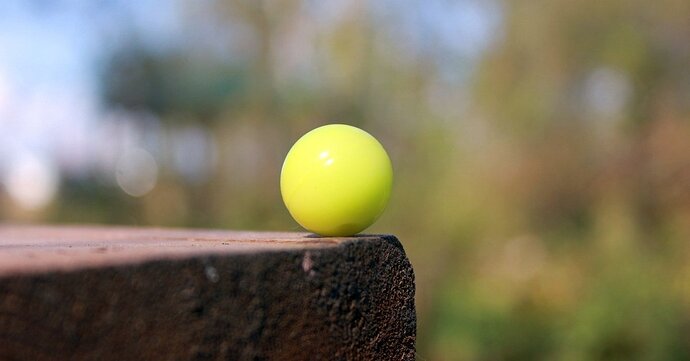 Are Paintballs Toxic Or Edible: To Humans, Dogs & Other Pets - Paintballic

Discover are paintballs toxic to humans, dogs, and other pets! Everything from what they're made of, to how it affects the body.

I don’t think they plan to have the wolves eat paint balls, just get hit by them.

Right, but the paint is on their fur (if someone aims well enough) and might be ingested, I think.

Yup, how they get the probably harmful paint off is indeed a problem.

Looks like this plan will only make angry, poisoned wolves.

Right, but the paint is on their fur (if someone aims well enough) and might be ingested, I think.

Yup, how they get the probably harmful paint off is indeed a problem.

Looks like this plan will only make angry, poisoned wolves.

Points taken but I don’t think the plan is to shoot them repeatedly. I would imagine one hit at a range close enough for them to feel the impact is enough to make them bolt.

Chucking pebbles at them would be less harmful and more manly, right?

It can’t be too difficult to engineer a non-toxic or at least low toxicity ‘paintball’ to use; there’s no need for dyes because the goal is to associate humans with a slight pain and some noise. The paintballs don’t even need to spatter because AFAIK the intent isn’t to temporarily mark the wolves. Even low velocity rifle rounds with rubber bullets would do the job - noisy and stinging.

Even better would be audio. There was a wolf expert who simply played recorded wolf howls and it kept other packs away. As long as the howl involved more wolves than the target pack it worked every time.

The paintballs don’t even need to spatter because AFAIK the intent isn’t to temporarily mark the wolves.

From the BBC article:

Paintballs have been chosen so that rangers can see which have been hit.

As long as the howl involved more wolves than the target pack it worked every time.

I’m guessing the wild doggos would cop on after a while! “They’re playing tapes again” “lovely singing from the choir though” “let’s go eat!”

Or they’d join in.

Not gonna lie, though, I would go to wolf karaoke…

Thank you, I stand corrected. There has to be a non-toxic dye and structural compound that would be usable in a paintball gun, though.

Who could resist joining in? Me and the childer regularly have an impromptu howl choir.