E-ink keyboard changes for every purpose

Can anybody tell me if it can support simply switching languages, so when a different input language is selected (in Windows or Chrome) the keys change accordingly without special configuration?

Man, Apple should look into doing something like this.

Cool! Hate qwerty keyboards, prefer Dvorak being a crap at typing and all.

At first, I read the headline as “…charges for every purpose.” Which sounds about where we’re heading.

I really think retyping numbers with all the opportunity for error is on the way out. I noticed my use of them declined steadily through the late 90s/early 2000s and now number pads aren’t an issue for me at all. My current view is that if you can’t OCR it, the quality isn’t good enough to be safe with manual entry.

It’d be more time consuming to try and wrangle your OCR into Excel than to re-type it.

Originally I was going to say I love the idea but hate the form factor, because I am so used to old-school, Mitsumi-style PC keyboards with the flat enter key so if they make something like that I’d buy a couple at least. Then I realized the reason I like those aforementioned generic keyboards is because all my muscle memory for typing is based on them and I don’t even look at the keyboard so I imagine this thing would probably be largely wasted on me.

But does it spell out WANG?

There used to be a cellphone that had a version of this for its keys and the layout could change depending on what you were trying to do. I really wanted it but was disappointed when i found that you couldn’t really customize it’s functions and layout, but the concept is pretty great. If computer keyboards started to incorporate this tech i’d be all for it.

I prefer tenkeyless, since my keyboard and trackball go on an under-desk tray to give more room for drum machines and synths on the desk itself.

But this is more subcompact than proper tenkeyless; there’s no ins/del/home/ etc. block.

Also they missed a chance to make it universal by having fixed Apple-ish “Command” and “Option” keys instead of making those configurable too.

And flat keycaps aren’t as nice as convex ones IMHO; if you’re going to bother to use mechanical switches might as well make them feel nice.

Still, this price point for an e-ink keyboard means the keyboard of my dreams might not be far off.

The tiny fraction of people who have the muscle memory to do tenkey are probably better off with a dedicated keypad because they use it professionally. For everyone else, compact keyboards are great, they save a ton of space. I’ve been using happy hacking keyboards for 15 years now and the extra desk space is so worth the trade-off.

The one thing I wish it had is backlighting. But recently gamers have discovered compact keyboards and now there seems to be a wide variety with backlighting.

Who needs one in 2016? I can’t think of anyone that I know that requires one.

i don’t require one, but I find having one makes typing numbers easier for me. You can blame my secondary school teachers for that.

I would take @JamesBean’s advice, but finding an affordable cherry brown keypad that doesn’t look like Kryten’s head is near impossible.

Anyone who regularly types numbers? I use it all the time, it’s far easier to do sums with a number pad. It’s vital for data entry.

This keyboard is ok, but why does it have static mac keys? That’s pretty dumb, should’ve made them e-ink keys so it could switch to windows ones as required. The look isn’t great either, very jaggy looking, and would be better if the displays were at the top of each key rather than at the bottom.

The new mac touch strip is a terrible idea, this is a far better concept in principle. Though would be nice to see a combination of the two.

I spend enough time in Excel that not having a numpad is tedious. I’m more than happy with my current Das Keyboard.

Anyone who regularly types numbers?

For Data Entry, sure, but that really isn’t the use case for 99% of folks using a keyboard, is it? Most are typing text in online boxes. I’m not saying people who are in accounting or something shouldn’t have a really good keyboard with a number pad, just that for most people, the number pad is about as useful as capslock.

I can’t think of anyone that I know that requires one.

Yes, I use dedicated numeric, cursor, edit, and function keys on a regular basis, without needing to look. These are also the same keys which I rebind if I need them to do something else *for which the e-ink would be useful). Minimal keyboards such as on laptops slow me down. I think they are offered not because they are better fo the user, but rather because they are cheaper to manufacture.

I dunno. I built a mechanical keyboard and didn’t add a number pad to it. 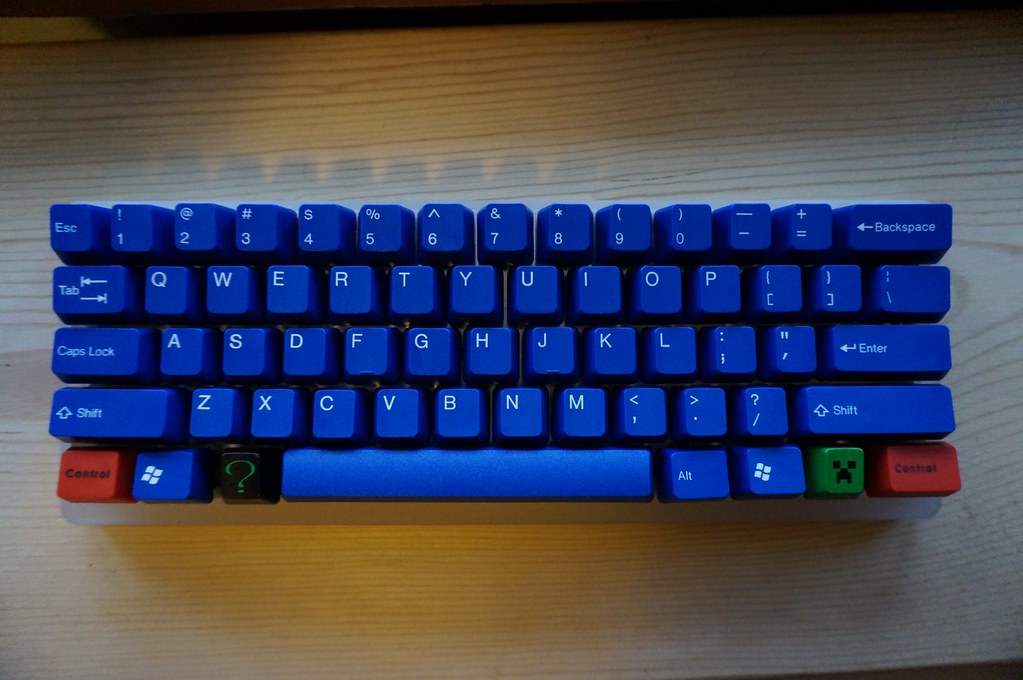