Originally published at: Enjoy The Amboy Dukes perform the garage rock masterpiece "Journey to the Center of the Mind" (1968) | Boing Boing

Meh? Could be I fail to appreciate something about that performance, but it doesn’t strike me as exceptionally …anything.

Yeah. Ted Nugent is the poster-child for the difficulty of separating the artist from the art. This is absolutely great late-60s psychedelia, but Ted himself is a bit of a turd. Also, Cat Scratch Fever 'aint that bad of a song, but yeah, this one is probably better.

Lip syncing and air guitar … gawd how I hate that stuff.

sometimes i can separate the two, but with him i’ve found i can’t enjoy anything he did previously anymore, so i don’t listen to it. i have the same situation with that old dead homophobe, Charlie Daniels.

If I never see or hear from Ted Nugent again it would not be a problem.

That being said I grew up in Detroit and I occasionally play Wango Tango because it brings back drunken/high memories of cranking up the car stereo in the park getting our bonfires raided by the cops passing out mip tickets.

I also have some fond memories with my wife at Cobo Arena(the greatest rock and roll venue ever) on New Years Eve for the annual Whiplash Bash in the 80s.

But even then he would go off on wierd political rants. We only went to a couple because I was well into sobriety and he’s hard to take sober. 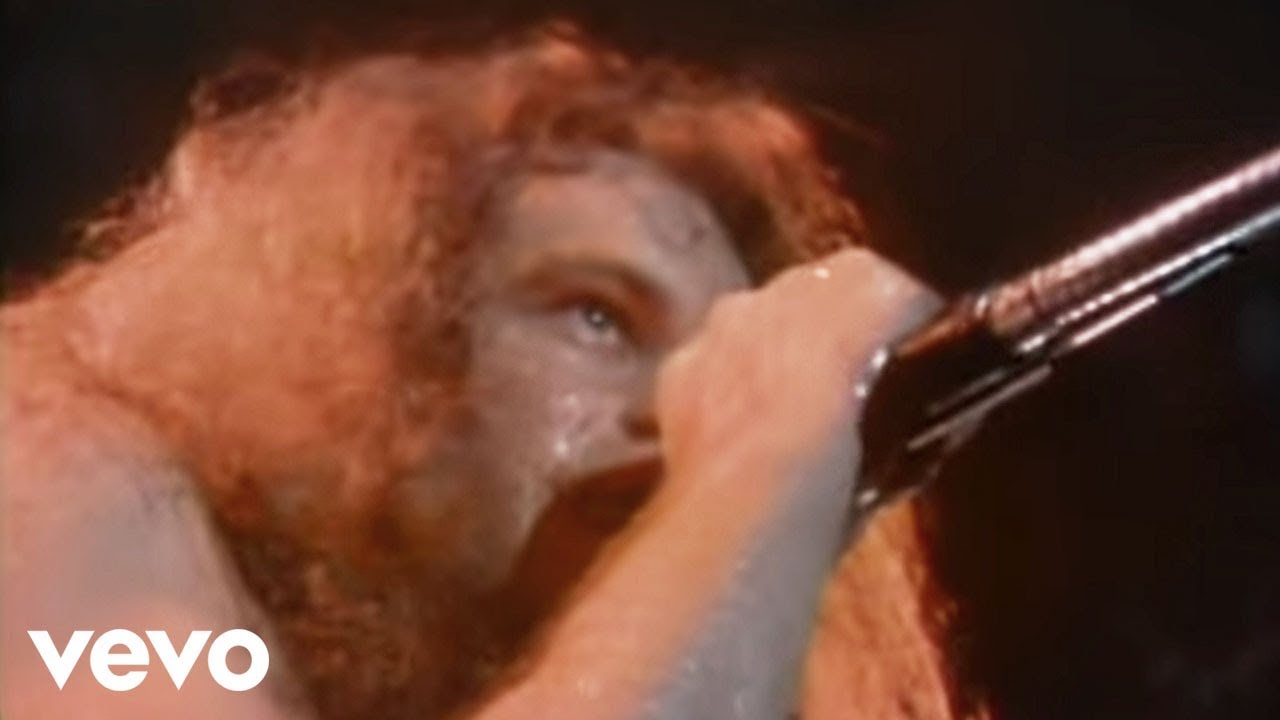 sometimes i can separate the two, but with him i’ve found i can’t enjoy anything he did previously anymore, so i don’t listen to it. i have the same situation with that old dead homophobe, Charlie Daniels.

Same.
I forgot that Daniels had died. My favorite reference to him was this some time back: 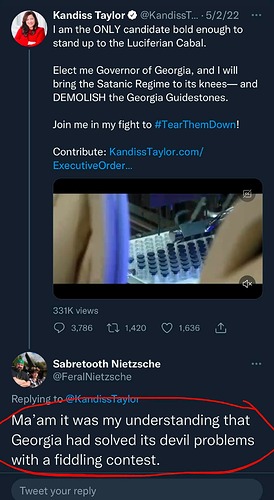 Yeah, there’s a good reason he was known as ‘Terrible Ted’.

My brothers and I all learned a lot of guitar from Nugent (and many others from that time period), but we were too young/protected/suburban/naive/ignorant to know anything about his politics. This was the early 70s.

When very well-meaning christmas carolers were making their way up towards our house, we cued up the Amboy Dukes’ “I’m Not A Juvenile Delinquent” - a novelty tune that Dr. Demento would play - a parody of R&B/soul/doo-wop late1950s/early 60s stuff. It’s basically the same song as Frankie Lyman and the Teenagers’s 1956 version. It’s on the same record as “Journey To The Center of the Mind” that Rhino Records once put out… As the carolers approached our house, we had massive speakers from our stereo in the windows, facing out and CRANKED “I’m Not A Juvenile Delinquent.” They moved on. We were such dicks! We WERE juvenile delinquents. And we looked it: hair down to our asses, etc. We weren’t old enough to drive. This is but one of hundreds of cringeworthy memories from a suburban LA broken home upbringing from those dinosaur years…

I still think the playing on Nugent’s Free For All is pretty good but FAR surpassed now by an army of tasty shredders that emerged in the wake of Edward Van Halen’s sudden appearance in 1978.

I don’t think Nugent ever gave enough credit to the songwriting, singing, and lead guitar chops of Derek St. Holmes, a bona fide studio guitarist and all-around excellent rock musician. See St. Holmes in the documentary Hired Gun, about hot shot studio mercenaries you haul in to make your records sound much better.

Nugent’s been such a hellacious douchebag for most of my ADULT life that I very rarely listen to his music anymore, and if I ever read/hear what he’s talking about lately, it’s more to get a feeling for how right wing mindsets appear to me to be practically indiscernible (to me) from mental illness.

Yea, I was in a band playing “Storm Troopin’” and had no idea about the politics of the song; it was just a cool riff. Get a load of the first stanza:

In the early morning hours there’s a din in the air;
Mayhem’s on the loose.
Stormtroopers comin’, and you better be prepared.
Got no time to choose. (1976)

It’s EXCITING to think of fascists run amok for Nugent. As long as it’s his guys, presumably huntin’ libruls. To pull one of our fave quotes, “Christ, what an asshole!”

There was a time, to be sure, but Tedly’s actions over the last decade (or more) have negated any appreciation I ever had for his talents.

Wasn’t much of a fan back in the 70s & 80s, when I was in jr high/high school and teddums was still getting airplay. Whenever stranglehold came on the radio at someone’s party, I’d roll my eyes, loath to endure that endless wank once again.

This AD track isn’t bad, but you couldn’t turn around in a room fulla records from that era without easily bumping into true greatness. I much prefer The Chambers Bros’ Time Has Come Today (1967) ferinstance.

No matter how odious the Nuge has become, if John Sebastian says you can play (even in an informercial hawking compilation records), you can play. The opening riff to that song was used in ads for the first “Spiderman” movie.

Ted ruined his reputation during the Vietnam War when he went to his draft board physical covered in his own feces and urine. By 1970, he was playing dollar concerts at cheap venues in the F state, one at a skating rink in Jax. His opening statement was always “If anyone asks us to play “Wipe Out”, we will pack up and leave.”

Saw him on TV a year or so ago, as a serial killer of bucks and does. The expression in his eyes as he bragged while an animal died was eerie and definitely perv.