Stipe said, responding to Trump playing “It’s the End of the World as We Know It (And I Feel Fine)” at a rally yesterday.

This is such a common trend these days It’s hard to keep track. From FiveThirtyEight:

Add to that this week:

The big takeaway: Republicans love music by musicians who hate their guts. Especially “Eye of the Tiger.”

If you are a Republican / social conservative Democrat, you’re a bit shafted when it comes to finding popular music from people likely to share your views, I guess. 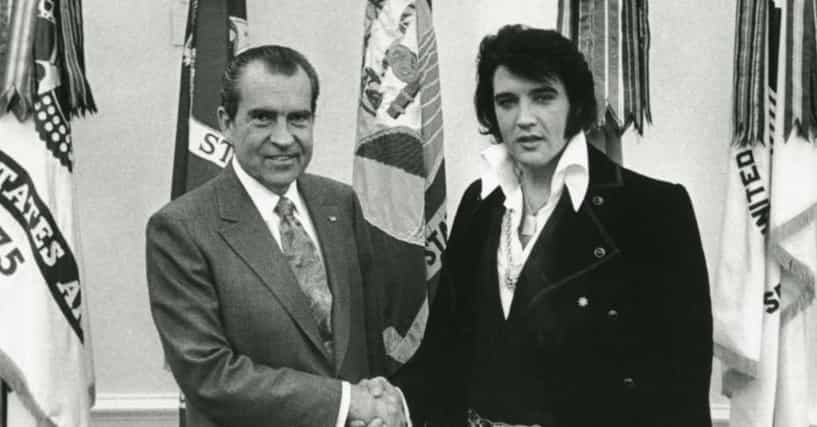 Musicians You May Not Know Are Republican

You may not think there are many Republican musicians, but you'd be wrong. Hollywood may be known for it's liberal leanings, but plenty of conservative bands, conservative singers, and conservative musicians have found success. This list of...

The Tories have the same problems in the UK. See the times David Cameron talked about how he liked the music of The Jam and The Smiths.

(note that The Jam at least claimed to be Tories back in the day, but that might just have been to piss The Clash off) Paul Weller on David Cameron's love for The Jam's 'Eton Rifles': 'Which bit...

Singer doesn't understand why Prime Minister is a fan

responding to Trump playing REM’s hit “It’s the End of the World as We Know It (And I Feel Fine)” at a rally yesterday.

I dunno. I have to respect the man for at least giving truth in advertising.

I read books by people I’m sure would hate me.

That said, what’s the legality here: are these guys covered by an ASCAP license or fair use or what?

He was from a time when there wasn’t so much estrogen in the tap water.

Oh wait! Are these the same guys who are working to gut fair use?

He was from a time when there wasn’t so much estrogen in the tap water.

How awesome could Ted Nugent possibly be if you can’t praise him without resorting to casual sexism?

Also, regardless of what was or wasn’t in the tap water he drank he’s publicly stated on more than one occasion that he did crystal meth and shat himself to avoid the draft in Vietnam. Which wouldn’t necessarily be a huge moral failing except that he is such a vocal supporter of the very politicians and policies which got the U.S. involved in Vietnam (not to mention a bunch of other wars).

He’s a chickenhawk draft-dodger, a meth-using proponent of the War on Drugs, a twice-married child-support-withholding philanderer who is a vocal supporter of “traditional marriage.” No matter where you sit in the political spectrum Nugent is a huge hypocritical asshole. But hey, maybe that’s why he’s such a big fan of politicians who are huge hypocritical assholes.

The thing that strikes me as odd about all of this is that these politicians have the cash to pay for use.

Will Larry Lessig be using Sad Professor for his appearances?

Does Trump even understand the song? Or were they playing it ironically? Does his people understand irony?

These are the same people who ok’d nazi soldiers on one of Trump’s campaign posters. Nuance and irony are lost on this lot.

Yes, but he’s more than made up for all of that with his public service work, raising awareness of infectious diseases spread by household pets.

Does his people understand irony?

You want ironic? I’ve heard Neil Diamond’s “They’re Coming to America” used as an anthem for *anti-*immigration causes. It’s like people see an American flag and assume that anyone who calls themselves a patriot must share their right-wing xenophobic reactionary views.

You missed that the “estrogen in the water” joke was a joke, but the rest of what you said about Nugent is right on.

We also had the fascist BNP and EDL try to use the Manic Street Preachers song If You Tolerate This Your Children Will Be Next, which is about working class Welsh people who went to Spain to fight against Franco.

I don’t know if they understood the line “So if I can shoot rabbits then I can shoot fascists” or just didn’t realise that it also applied to them.

You missed that the “estrogen in the water” joke was a joke, but the rest of what you said about Nugent is right on.

I recognize that the estrogen comment was (probably) a joke, but it’s still an example of casual sexism.