And of course they need much less recovery funding since they’ve mostly done their lockdown correctly (and luckily jettisoned the worst-in-the-world UK at just the right moment).

Well, they kinda jettisoned themselves?

Orbán must be feeling the EU love.

Well the Visegrád cronies have lost their bid for single countries’ veto on funds allocation in favour of a two thirds majority (which they would have used to stop the EU from stopping funds based on democratic deficits in Hungary and Poland specifically). So I bet he’s not exactly happy.

Proto-fascism? I have no problem calling it that.

And somehow France will not face such measures for how their government has dealt with protests. We just had elections with unprecedented voter turnout (65 and 68%) and I haven’t noticed much of those “democratic deficiencies”. Only serious problem was a women’s right protest that was cancelled early during the pandemic.

I suspect that calls for sanctions are in large part due to hatred towards Poles in Germany and Austria. Some people (not all, most were nice, some even after learning about my nationality) there view Poles as subhuman and act accordingly. I was once aggressively mocked by some random passer by in Vienna subway for talking in Polish with a friend (we were there on our way to a scientific conference). I suspect that the only reason the attacker didn’t escalate to physical violence was that we quickly get away and we both were physically large and not looking like someone to mess with. Some of my friends were chased out of stores for being Polish or asked to stop conversing in Polish while being in restaurants. Some were told by motel owners that Poles are not welcome there. Some were stopped in a secluded area and aggressively interrogated by police and hat to convince police officers that they are only visiting a scientific institute and are won’t be working in Germany. I’d still be afraid to drive though Germany with Polish license plates. Mediamarkt in Germany even aired ads that depict Poles as thieves and somehow this was not interpreted as hate speech even if it clearly was.

Please tell me you are not a PiS supporter. Because I am clearly talking about them above.

I’m currently at work so I don’t have time right now for a more in depth answer but let me just say that the only time I witnessed actual physical racist violence in person was when a black friend and I were walking down a street in Elbląg (in broad daylight no less) and she was suddenly struck in the face by a passerby who shouted insults and then ran away.

Please tell me you are not a PiS supporter.

No, I voted for this guy:

Robert Biedroń (Polish pronunciation: [ˈrɔbɛrt ˈbjedrɔɲ]; born 13 April 1976) is a Polish politician, former mayor of Słupsk, and LGBT activist. He was a member of the Sejm during its 7th session (2011-2014). He's also a former member of the Parliamentary Assembly of the Council of Europe and the Congress of Local and Regional Authorities of the Council of Europe. He was mayor of Słupsk from 2014 to 2018. He launched a new political party called Spring in February 2019, and was elected a Memb...


I don’t agree with some of his points, but IMO he was the best candidate.

I’m currently at work so I don’t have time right now for a more in depth answer but let me just say that the only time I witnessed actual physical racist violence in person was when a black friend and I were walking down a street in Elbląg (in broad daylight no less) and she was suddenly struck in the face by a passerby who shouted insults and then ran away.

Sorry to hear that. We have a fair share of racist and hateful assholes in Poland. They are extremely aggressive to anyone with darker skin tone, people of Romani ethnicity, and of Easter European nationality and anyone who is not gender-conforming (my friend was savagely beaten in city of Białystok, suffering broken ribs and internal organ damage just because he had long hair). One of the most popular music bands in Poland openly spreaded extreme hate speech about Romani people, and yet prosecution of that went nowhere.

UK is a net contributor to EU, so losing them is not good for the budget, but as Doctor_Faustus points out, it may have simplified negotiations.

I suspect that calls for sanctions are in large part due to hatred towards Poles in Germany and Austria.

No, they’re not. German here. There is rather the notion of watching some countries not only stripping down their own constitutional state and so taking away people’s civil rights but then acting xenophobic on top and expect others to not only follow that example but also reward them with more free money from the EU. This is not how it works. People are rather fed up to throw money after emerging wannabe dictators. This is like being against Trump would be called anti American in general. 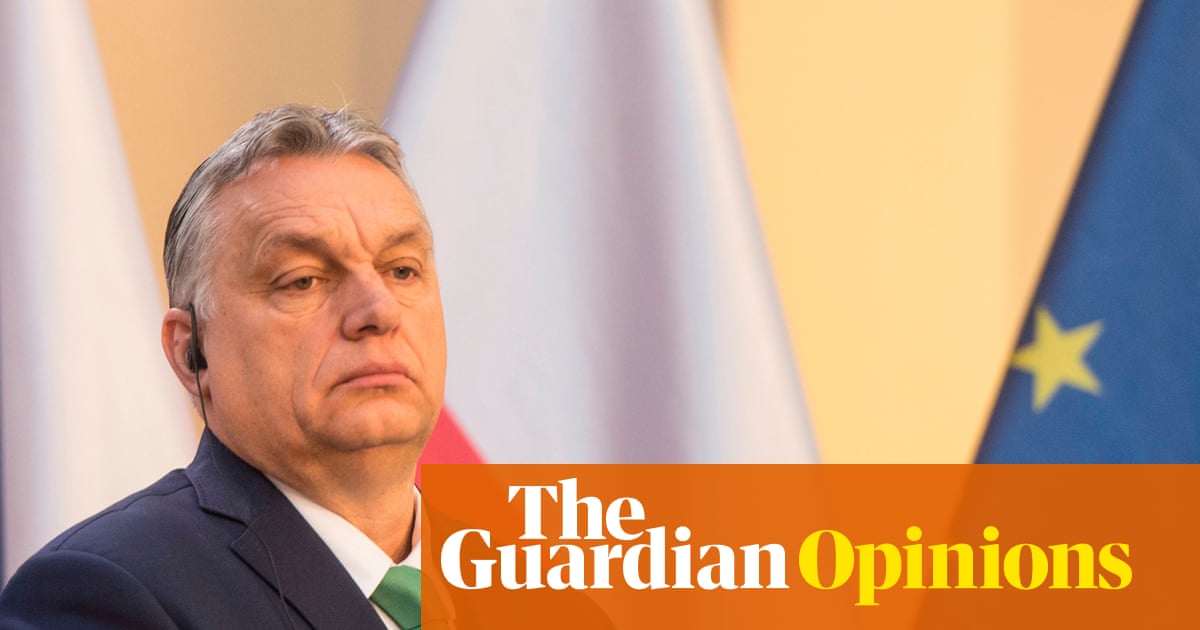 Don't let free speech be a casualty of coronavirus. We need it more than ever...

Despots like Hungary’s Viktor Orbán are banning speech to ‘fight’ Covid-19. But more democratic countries are too


But I haven’t heard about anything like that introduced in Poland. Xenophobia is a problem which definitely needs to be fixed, but not more so than in countries that are considered “civilised” and would never be sanctioned for it (like UK, where people were being murdered for being Polish due to anti-immigration rhetoric of Brexit proponents).
1 Like
GagHalfrunt July 21, 2020, 11:08am #14

The big issues in Poland are government control of the media and judiciary, as well as homophobia and “family values”. 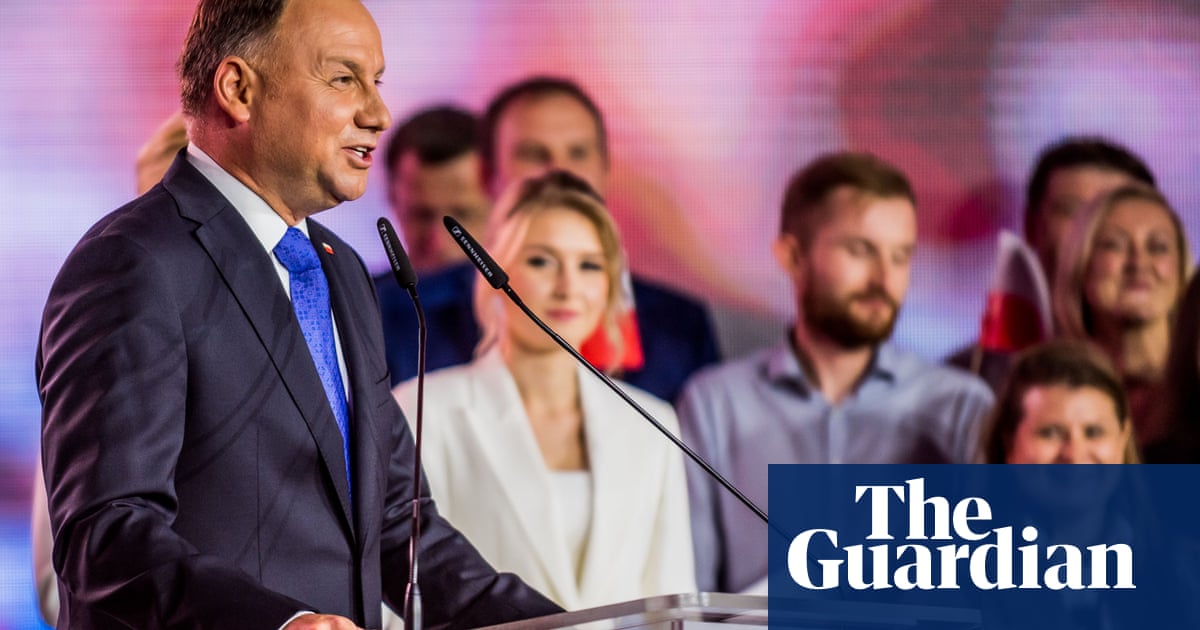 I agree with the rest of your points (especially about homophobia and “family values”), but government controls only public TV and radio channels, which is mostly only watched by older people. There’s a vast privately owned media sector (newspapers, websites, TV and radio channels) with bias ranging from far-right, through neoliberal to far left. These are independent and not controlled in a way that Orban’s intends to do with his “emergency measures”. Judiciary is just politics as usual - every ruling party (including previously ruling neoliberals who raised women’s retirement age by 7 years, thus losing election) stacks court with their judges, like it is happening right now with Supreme Court in the US.

So I bet he’s not exactly happy

One can only hope. Anything that makes Europe’s ultra-nationalist fascist leaders (and their pal in the Kremlin) unhappy is likely something that will buy the EU project some additional time to prove its merits to the doubters. I don’t think any individual member country’s domestic economic relief measures could have the same beneficial outcomes as this gestalt of unified action will for each of them.

Judiciary is just politics as usual - every ruling party (including previously ruling neoliberals who raised women’s retirement age by 7 years, thus losing election) stacks court with their judges, like it is happening right now with Supreme Court in the US.

Stacking the courts with appointees based on their political affiliation is something that the EU officially frowns upon.

As part of the requirements for EU membership, member states are supposed to at least play a minimum degree of lip service to the idea of judicial independence.

The EU Commission has been at loggerheads with the Polish government over judicial independence since at least July 2016.

The wheels of the EU Commission’s infringement process grind very slowly but they keep going.

This was the problem in the UK, 52% of the population did not understand what the EU is about and only saw it under the prism of games theory “my wins are their defeats and vice versa”

Some countries are net contributors to the budget but benefit from the single market and the customs union and the standardised regulations and being part of the big picture, and this requires some sacrifices and negotiations and discussions but always with the aim to achieve consensus and benefit everybody.

Without solidarity there will be no EU, this is the core belief that all the current members share. To work for the good of all its members.

The fact that 27 countries agreed on something so complex and so technical in 4 days is a miracle and a demonstration that the EU works, specially considering how far apart the initial positions were.

This must be a lesson to the UK to stop playing silly games of divide and conquer and pretending they can outsmart them. When it comes to negotiations, the UE are the best in the world because that is the only thing they do, 24/7

I agree, but even people on this forum were saying that Democrats in the US should do similar thing with Supreme Court.

The wheels of the EU Commission’s infringement process grind very slowly but they keep going.

The sanctions will only fuel anti-EU sentiments, especially if EU will also try to force Poland to raise women’s retirement age to 65 years.
Previously ruling party lost significance due to extremely brutal austerity measures they implemented (like rising retirement age by up to 7 years) and wanted to implement (paid higher education, closing railway transport in regions where people voted for opposition).

The sanctions will only fuel anti-EU sentiments, especially if EU will also try to force Poland to raise women’s retirement age to 65 years.

Maybe so, but again - part of the requirement for being an EU member is agreeing to and complying with the rules.

One of those is not treating the genders differently without due reason. Having a different retirement age based entirely on gender is (without any further justification) discriminatory and by signing up to join the EU Poland committed to not being discriminatory on the basis of gender among other things.

Sadly, that is one of those areas where if a nation doesn’t like it, the only real recourse is to leave the club.

Poland could of course reduce the retirement age for men to 65 to be equal with that for women but oddly that never seems to be on the cards in any nation.