Fascinating and almost convincing description of the Tories, but it doesnt quite fit for me with their current ersatz-Trump leader, Captain Bojo. How does his shambolic, unkempt, internal and external ugliness fit into that mix?

It very much does. Alex Johnson* embodies the persona of the brilliant but unruly younger son of a “well bred” family. He portrays the prototypical Eton boy.¹ His unkemptness, his apparent² familiarity with the Classics, his playful disdain for authority, all of these exist to project an air of adolescent aristocratic excentricity.³ Maybe more than any other Tory he relies on the fact that in the English⁴ imagination it is the class of someone that qualifies them to rule much more than their ability. So even though he is clearly incompetent the very fact that his incompetence manifests as shambolic aloofness of the kind only a public school boy can get away with associates him in the mind of the public with a right to rule.

Of course, and this hardly needs to be said, this is all an act. There is nothing charming or funny about Alexander Boris de Pfeffel Johnson. He’s a very dangerous, very pitiless individual with, unfortunately, a knack for portraying himself as a harmless, even likable, fool.

* I try not to call him “Boris” because that is very much a deliberately created persona. He goes by Alex among his friends and that says really all you need to know about the fakeness of his political persona. The fact that he persuaded the media (by virtue of being an insider) to call him by his first name was brilliant. How can you hate someone you’re on first name basis with? How could he be working against your interests? He’s your mate Boris! And the fact that it’s a fake name (or rather his middle name that he only uses for these purposes) says all you need to know about in what regard he holds his voters.

¹ Not an Old Etonian but a schoolboy still there

² But not actually real, if you ask anyone who actually knows what they are talking about

³ I know he isn’t an aristocrat, but as I said this is all about appearances more than anything

⁴ Yes, this is about England (and maybe Wales to a degree) much more than about the rest of the UK

I fully endorse this product or message.

With a side order of the billionaire press being complicit rather than persuaded. And the rest of them prioritising access to the elite over holding them to account. 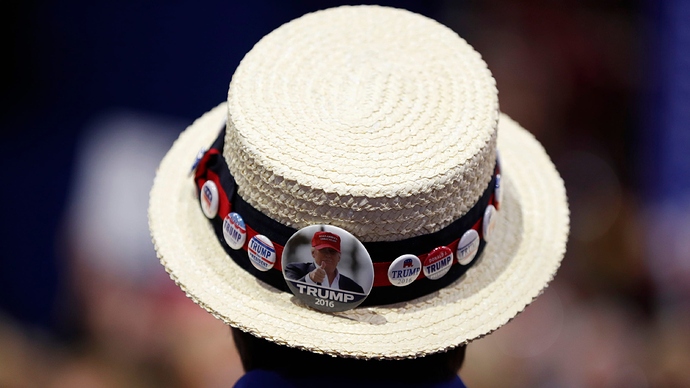 'Not an easy task': GOP scrambles to finalize plans for convention amid...

Planners still haven't provided a final schedule or other key details of the Republican National Convention, which opens next week.

Made me laugh, listing Trump’s input as a negative on par with covid…

Trump’s input is functionally equivalent to megadosing a beagle with caffeine*, then giving it a laxative and letting it off leash to run around barking and copiously shitting.

* Please don’t do this, caffeine is very bad for dogs.

They want to apply the UN sanctions against Iran, under the treaty that Trump walked out on.

Genius move. “Um, no. That’s not how it works. Since the US in no longer a party of the treaty, you no longer have the standing to invoke the sanctions.”

Gotta wonder how Trump is handling Russia smacking him down along with all the rest. He’ll probably be on hold waiting for Putin to answer the phone for hours, teary-eyed, stress-binging chicken mcnuggets…

and maybe Wales to a degree

You can leave Wales well out of that, boyo. We may have a gigantic chip on our shoulder due to living in the shadow of them next door and only being talked about when used as a unit of measurement (so a justifiable chip IMHO) but the idea this mostly agricultural land with ex-mining towns/villages has any truck with a class based meritocracy is hilarious.

The only thing that could make the family condemnation more complete would be newly revealed recordings of the eldest Mary Trump talking about what a monster her son is. 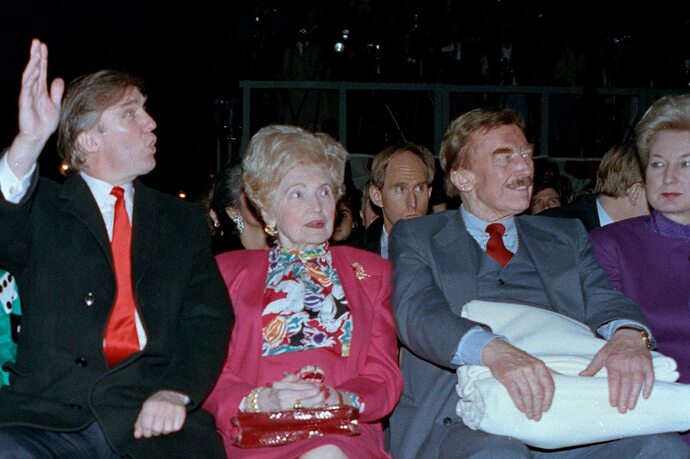 In secretly recorded audio, President Trump’s sister says he has ‘no...

But then, if those scenes of him ogling and squeezing nubiles with Epstein weren’t enough…

I first read this as Alex Jones and was so confused. Unkempt fit, but everything else was a real stretch. Didn’t know Boris’ real name.

apparently got secret audio recordings of the elder Mary Trump talking about how horrifying her brother is.

“All he wants to do is appeal to his base,” Barry said in a conversation secretly recorded by her niece, Mary L. Trump. “He has no principles. None. None. And his base, I mean my God, if you were a religious person, you want to help people. Not do this.”

“I’m talking too freely, but you know. The change of stories. The lack of preparation. The lying. Holy shit.”

Barry told how she tried to help her brother get into college. “He was a brat,” Barry said, explaining that “I did his homework for him” and “I drove him around New York City to try to get him into college.”

“He went to Fordham for one year [actually two years] and then he got into University of Pennsylvania because he had somebody take the exams.” (She even remembered the name of the guy who took the exams for him.)

She described several examples of his sociopathic, self-centered behavior. There’s also a bit where she talks about how her brother called her once to ask if she watched Fox News that day, and was incredulous to learn she rarely watches TV and gets most of her news from reading.

The lack of preparation. The lying

In his response to the reporter’s questions about QAnon upthread, that really stood out. Our household has been lamenting, “oh, so you get daily intelligence briefings, and the only things you know about QAnon is that they like you, and they “love this country”?!? That’s really all you took in?”

“oh, so you get daily intelligence briefings, and the only things you know about QAnon is that they like you, and they “love this country”?!? That’s really all you took in?” 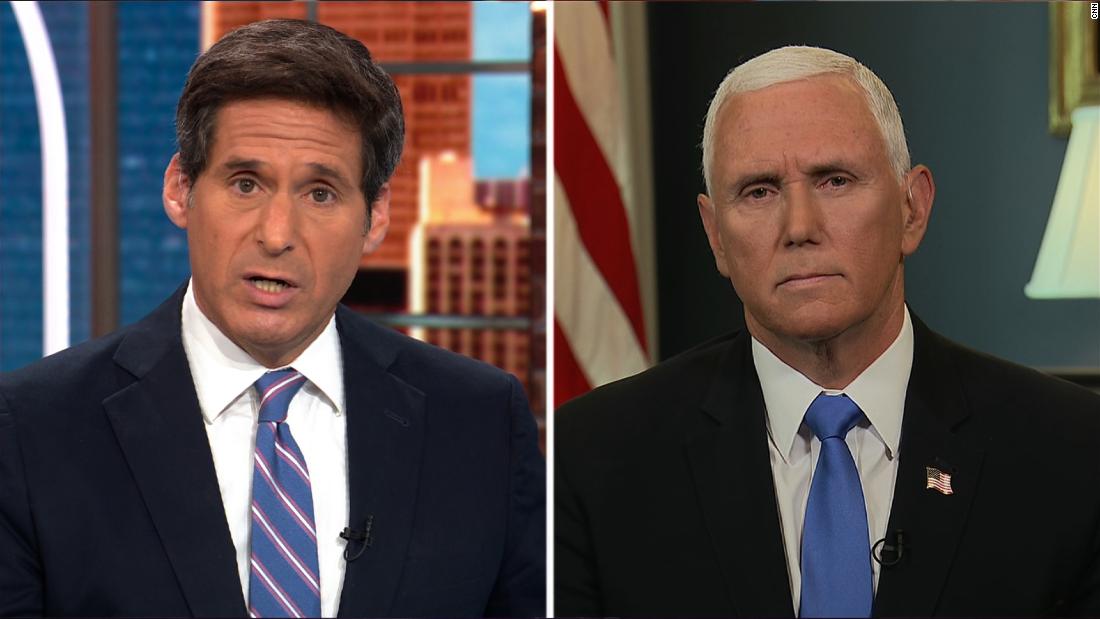 John Berman to Mike Pence: How can you not know about QAnon? - CNN Video

He knows, he just doesn’t care. “Good people on both sides” and all that. He’ll never speak against something he perceives to be giving him an advantage. Anything that benefits him is truth, to him.

Why not just come with a short list of true or false questions?

“Do you believe that Obama and Clinton are members of a child trafficking ring?”

Point blank, just go through the list of beliefs. If he refuses to answer and diverts as he did there, the lead headline the next day is “Pence believes Obama and Clinton are child traffickers.”

They need to stop talking about the label QAnon, and just ask them to deny each belief. If they refuse to deny it, they need it branded on them in the public eye. 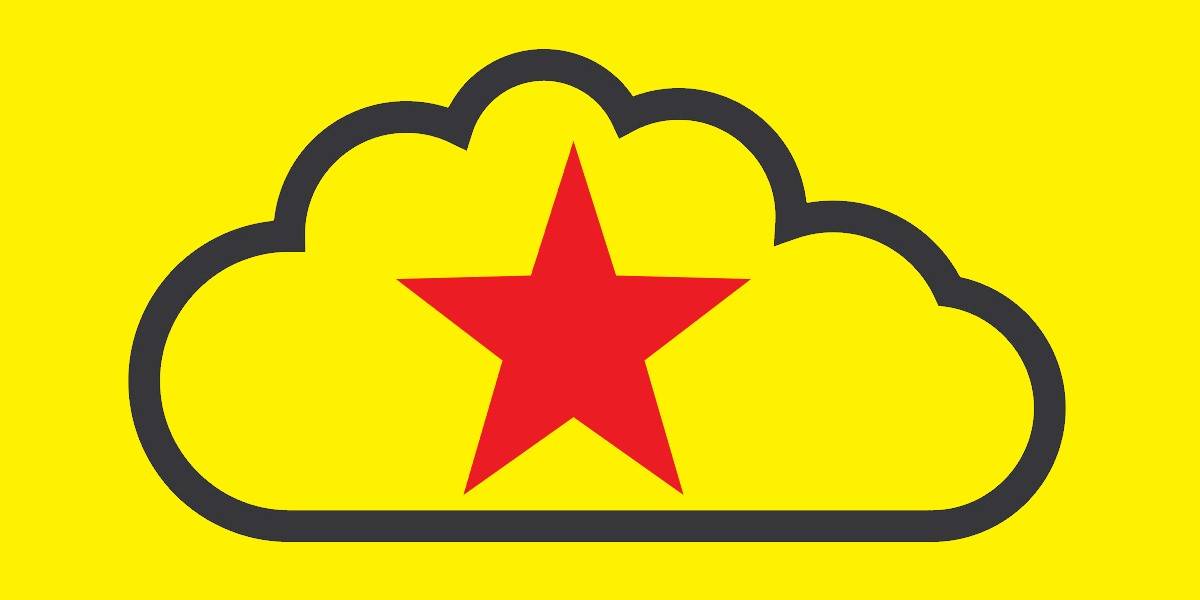 China’s national cut of Linux – KylinOS - has emerged in a major new release and one of its important new functions is a symbol of the nation’s ability to get ahead despite US trade bans.

My district certainly knows how to pick winners 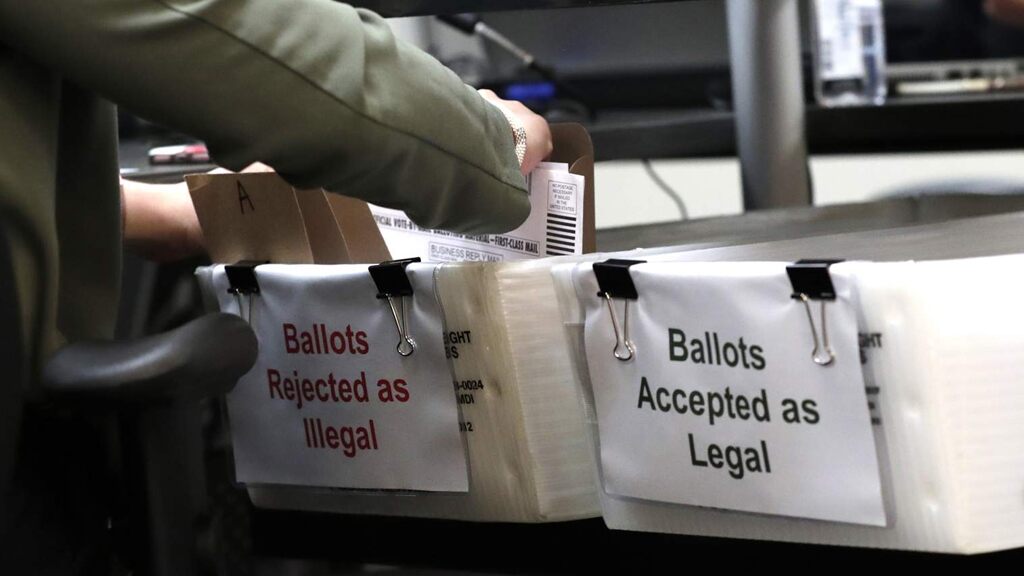 Rep. Chris Jacobs, R-N.Y., claimed to side with House democrats to provide a boost of $25 billion in funding for the U.S. Postal Service to ensure mail-in voting this presidential election, but said he accidentally “hit the wrong button” Saturday. 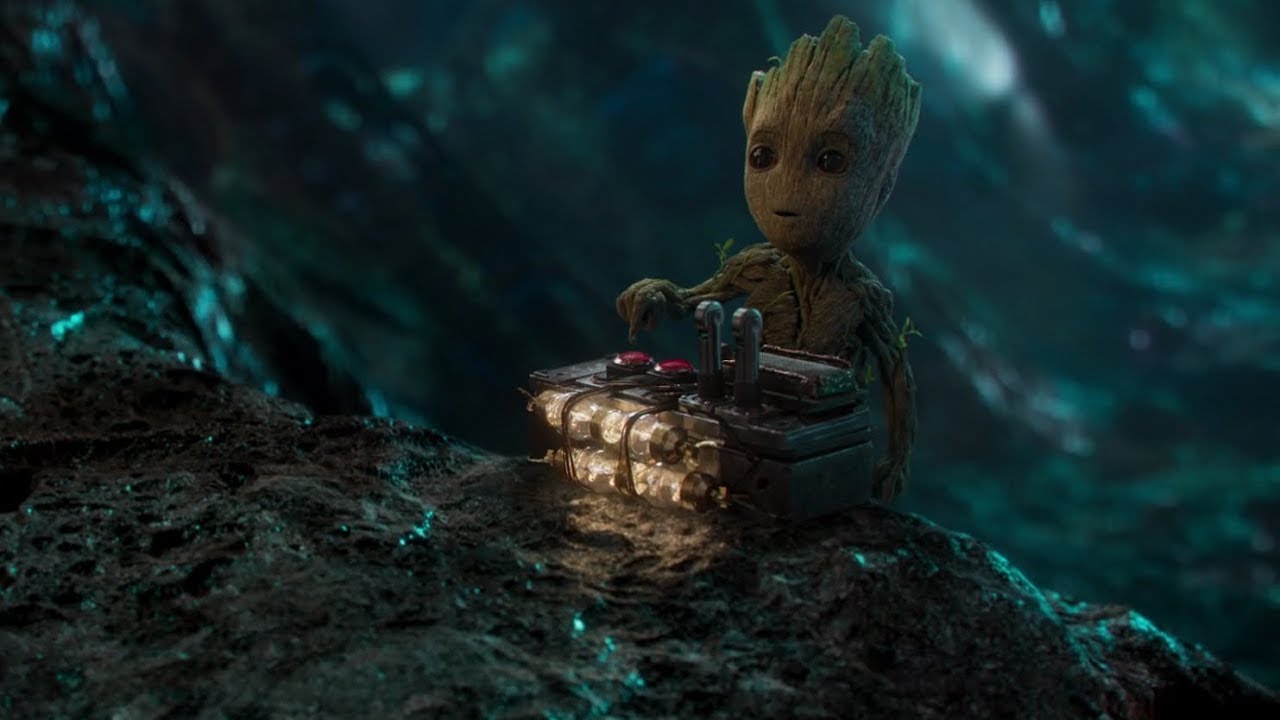 I wonder if the congressional record will note it as a mistake, or let him take credit for intending a yes vote now, only to show an opposition to Dems with a no vote in his stats next electioneering.

Our household has been lamenting, “oh, so you get daily intelligence briefings, and the only things you know about QAnon is that they like you, and they “love this country”?!? That’s really all you took in?”

Not sure it counts if all you can pay attention to are the coloring pages, and pay more attention to your Twitter than the briefers. There have been reports that the intelligence folks have pretty much given up on actually trying to give true breifings.