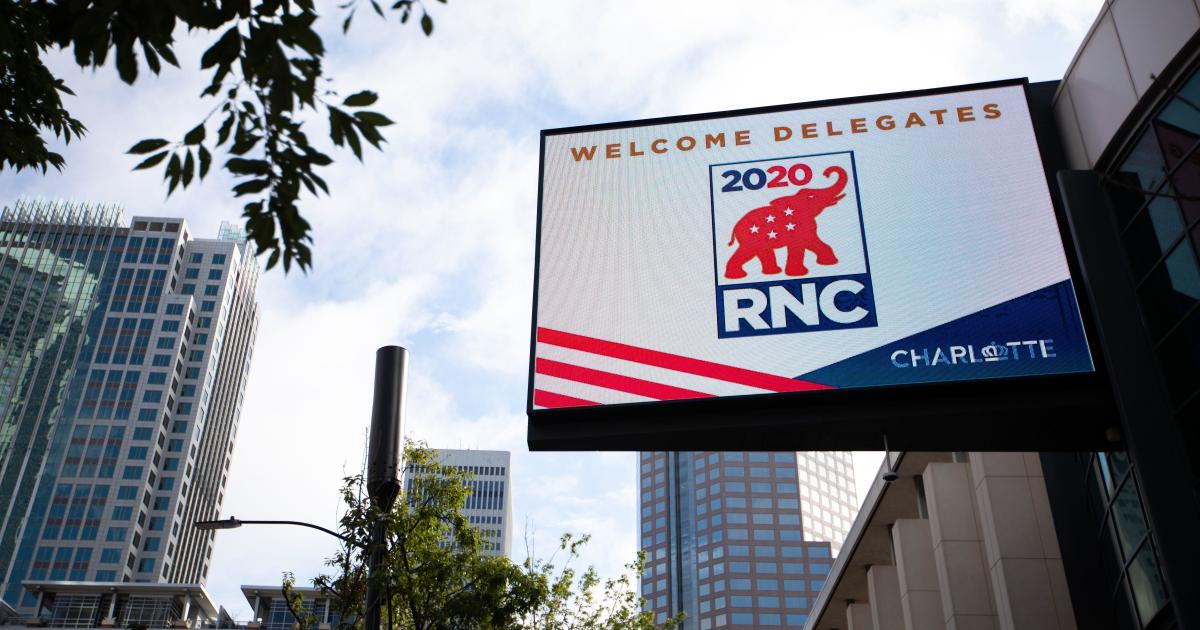 Republicans see U.S. as better off now than 4 years ago ahead of convention —...

And after the Democratic convention, Biden has solidified Democratic support, according to the latest CBS News poll.

Cognitive dissonance is a hell of a drug.

but said he accidentally “hit the wrong button” Saturday.

Voting on things is basically a politician’s job. You have to be a big coked-up idiot to get that part wrong. 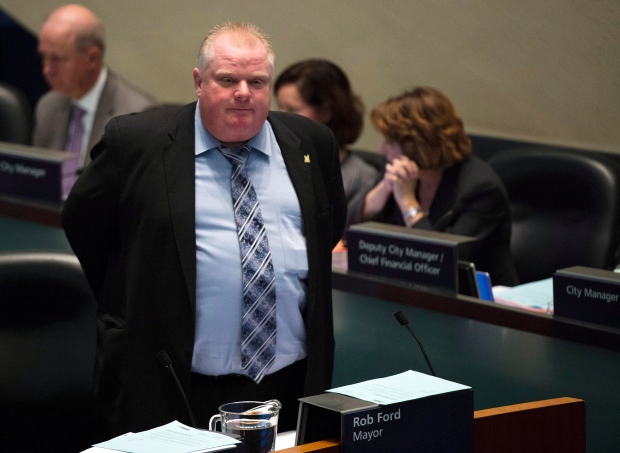 Toronto Mayor Rob Ford made a major flub at city hall on Wednesday, voting against a motion to congratulate Olympic and Paralympic athletes.

Eh - when I see someone who’s clearly wrong both in their thoughts and morals - it doesn’t make me question my sanity.

Yes, but current events are certainly straining my sanity to the breaking point… 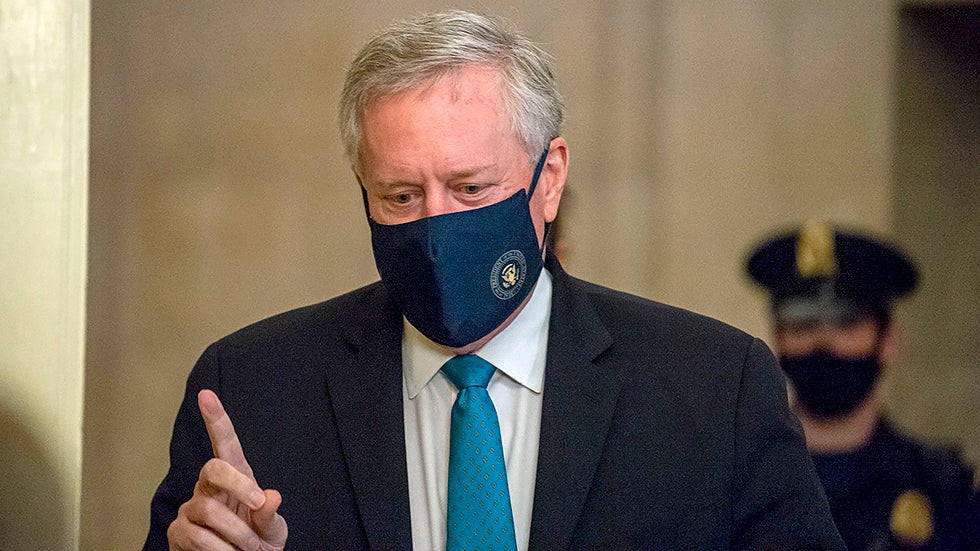 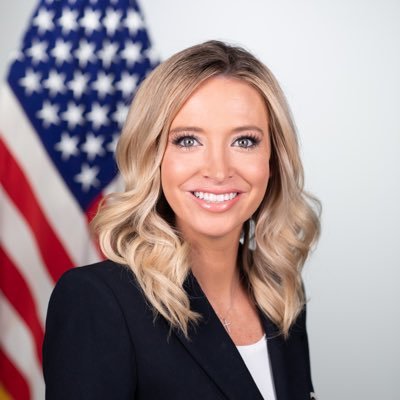 News conference with President @realDonaldTrump at 6 pm tomorrow concerning a major therapeutic breakthrough on the China Virus. Secretary Azar and Dr. Hahn will be in attendance.

Christ on a cracker, every time I see them use “China Virus” I want to scream.

“That’s what the tweet was all about,” Meadows said. “And I think you’re going to hear an announcement later today which really — he had to make sure that they felt the heat. If they don’t see the light, they need to feel the heat because the American people are suffering.”

So, I guess the whole “it’s just the normal flu”, and “it will just disappear, like a miracle” bullshit is totally forgotten now. NOW we are suffering, after 170,000 dead and 6 months of horseshit.

So… Will it be a Russia-style vaccine with slashed corners, or will the MyPillow guy be there?

I guess the leopards won’t be going hungry… 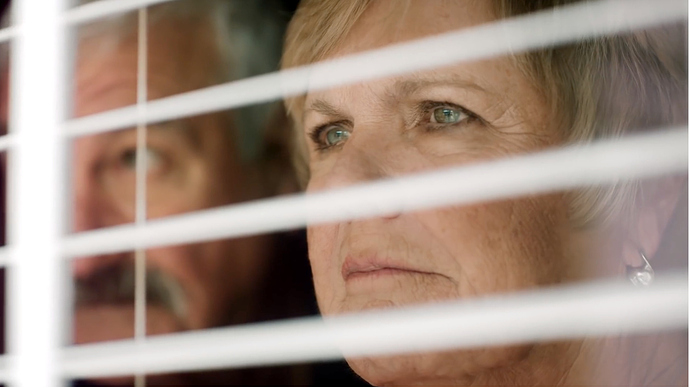 Older White Voters Who Helped Trump Win May Be In Play

Polls suggest movement in this key demographic toward Joe Biden, but some white seniors in battleground states tell NPR they're sticking with the president.

If it’s so great why are they waiting to maximize media exposure? Why don’t they just announce it now? They do know as president he can basically call a press conference any damn time they want, right?

As always it’s about eyes, not substance.

And lately, the bigger the buildup, the more ‘non’ the non-event. I predict:

The big question is, can he drag it out for more than two hours? 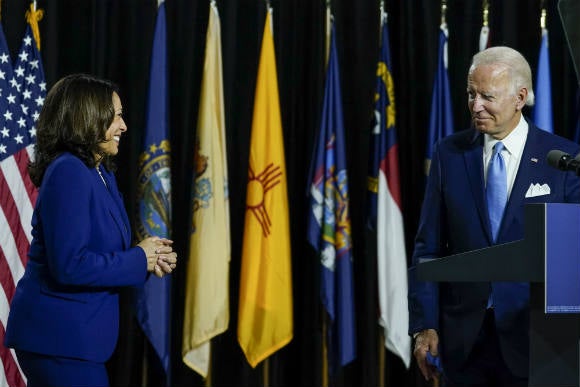 Yup, I’m sure. Or he just gives a low energy pre-written speech and walks away without answering any questions.

I think another key here is the word “therapeutic”. Even if it is not some kind of snake oil like the past few supposed therapeutics he’s glommed onto doesn’t really mean jack shit for preventing the spread of the virus in the first place. It will probably even be harmful as low information people will think this is a cure and take even fewer precautions.

I’ll bet money that this supposed “miracle“ is just more hydroxychloroquine/oleandrin kind of bullshit being touted as a cure. 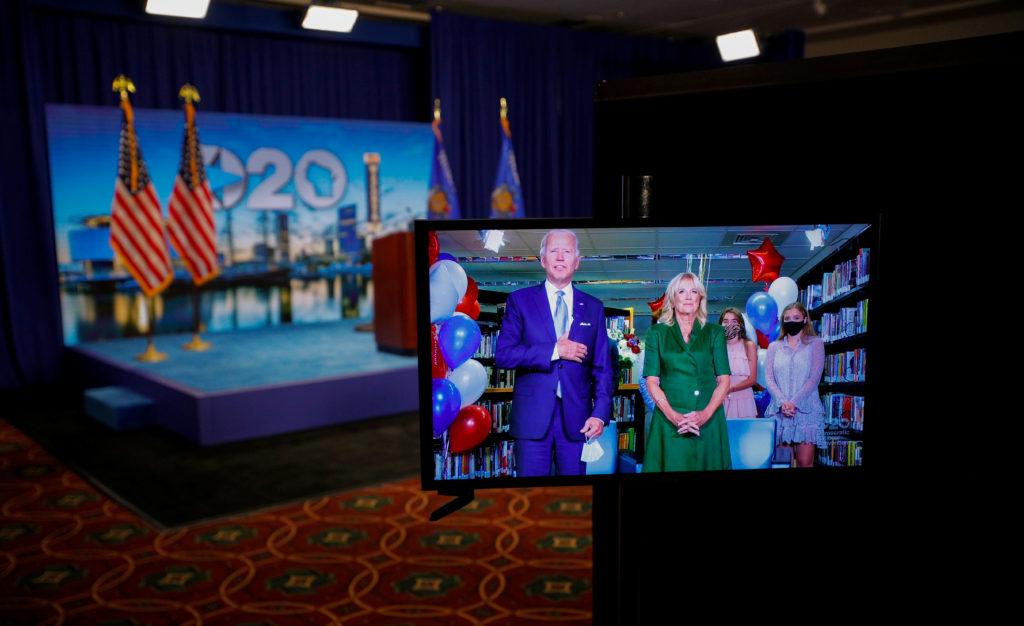 AP FACT CHECK: Trump’s distortion on Dems and the pledge

President Donald Trump is accusing the Democrats of taking God out of the Pledge of Allegiance at their national convention. He’s distorting what happened. 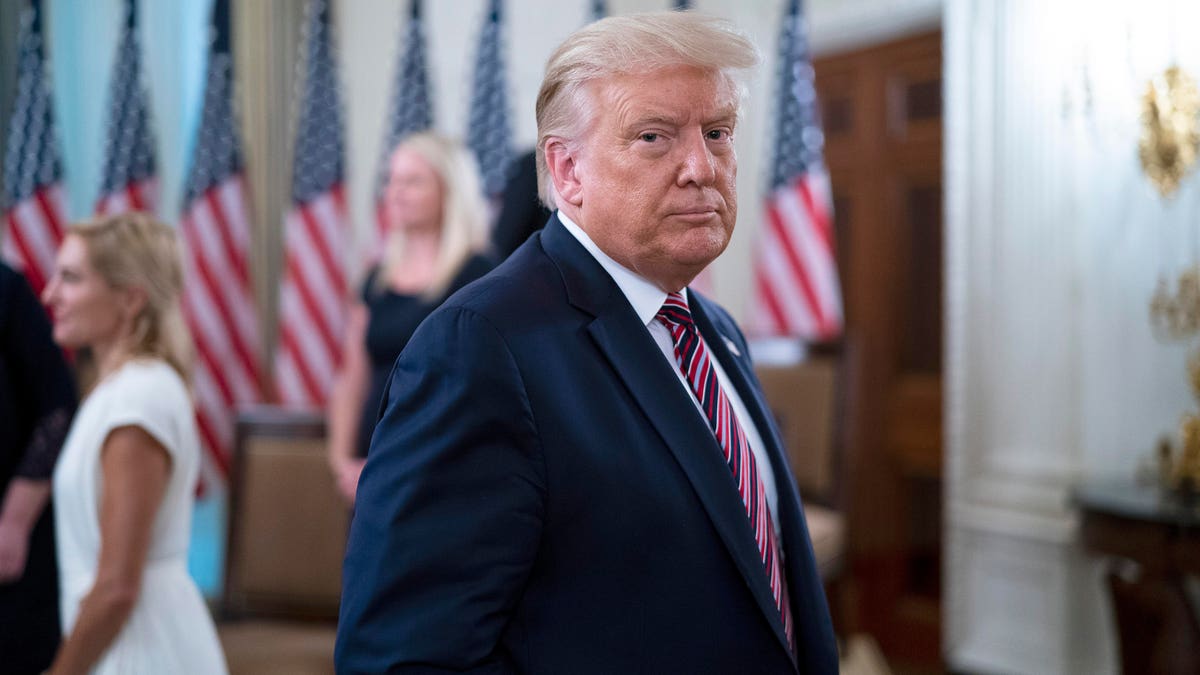 There Really Is A Covid Therapy That Works. It’s Called Leronlimab.

What if COVID-19 was just a bad cold? An underdog Covid-19 therapeutic, following statistically significant trial results, is set to change the course of the pandemic.

Completely unbiased (not really, it’s written by the founder of the company making this drug) article with a possible contender for tomorrow’s announcement.

Can’t wait to miss this. 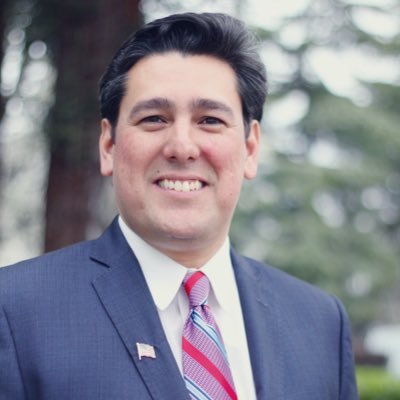 Imagine being Devin Nunes and spending four years doing everything in your power to protect Trump and then having Tiffany Trump beat you out for a key speaker spot at the RNC. https://t.co/S2qq1bP5FO 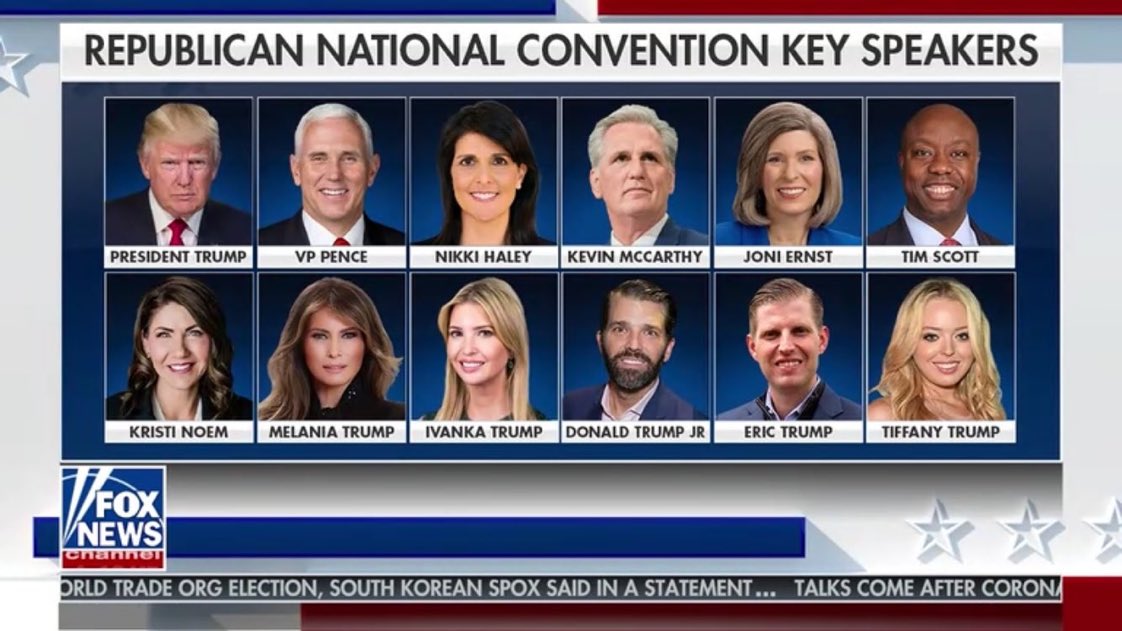 Also note how 50% of the list ends with the name Trump.

After how unexpectedly wonderful the DNC was, I can’t imagine how much of a shit show the RNC will be. In past years I’d hate-watch the RNC, but this year I definitely will not be watching.

Trump’s getting that from his “Christian” Right friends. 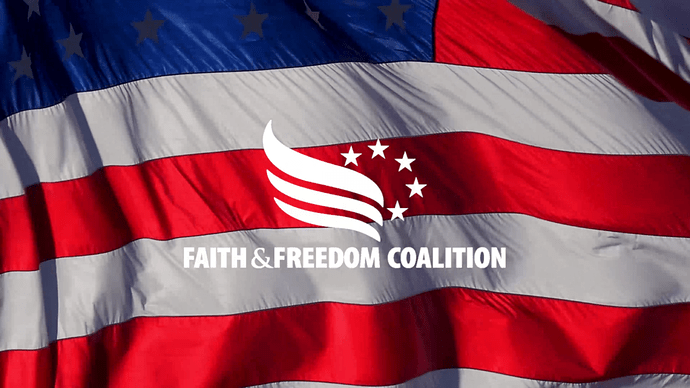 DNC drops "under God" from the Pledge of Allegiance - Faith and Freedom...

DULUTH, Ga. – Last night marked the third day of the Democratic National Convention. The speakers shared their vision for a united America. But one thing is clear: the America they want isn’t an America united under God. CBN News…

This is not a joke list by the way, additional RNC speakers include:

Really calling in the A-listers here. 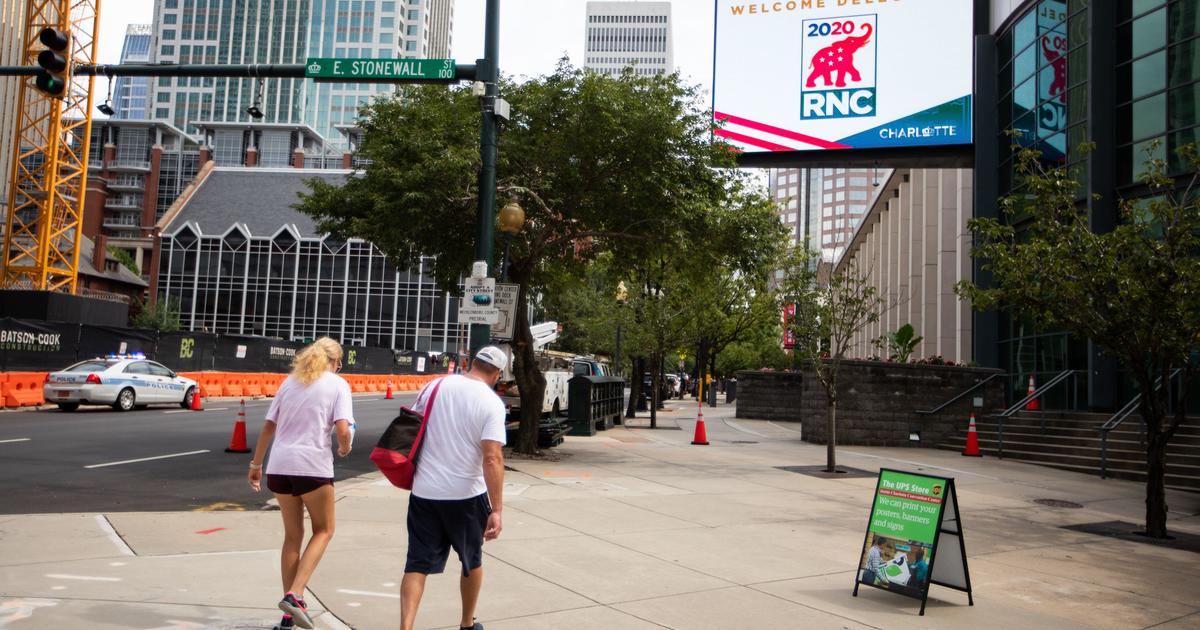 The Republican National Convention will kick off Monday. 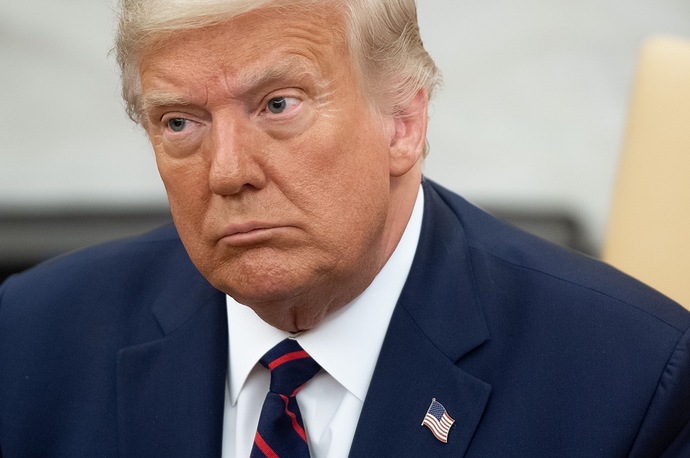 Experts say the blood product is probably beneficial but not a game changer.

So the likely announcement of a “breakthrough therapeutic” will be… something that’s already being done,