I just watched this video on how soda cans (and I assume, beer cans and other kinds of pull-tab cans) are made.

This freaking blew my mind. I’ve used cans for all kinds of shit outside of drinking liquid. They make great single use, very sharp blades if you tear them apart correctly, and they’re good light reflectors, and you can use them as an “alarm system”. I knew they were cheap and didn’t use much material, which meant the main walls are very sharp

. I never knew this process or the details of the design.

What goes into stuff we use all the time, but don’t really think about?

Yeah, “How it’s Made” is great, but it doesn’t talk about the evolution over time of average everyday stuff as much as it’s interested in modern-day production.

I want to know the evolution of objects and manufacturing. That’s very interesting.

I’m greedy for your knowledge.

How a road is repaved:


[Album] How Roads are Rebuilt 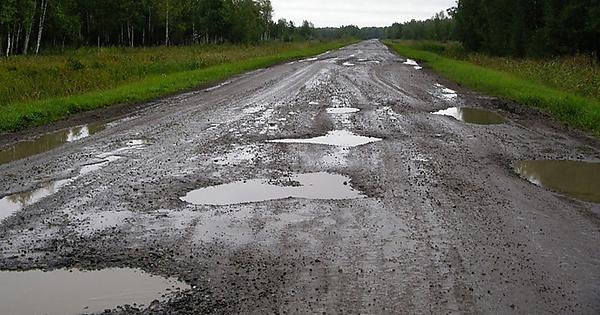 [Album] A day of my ordinary life 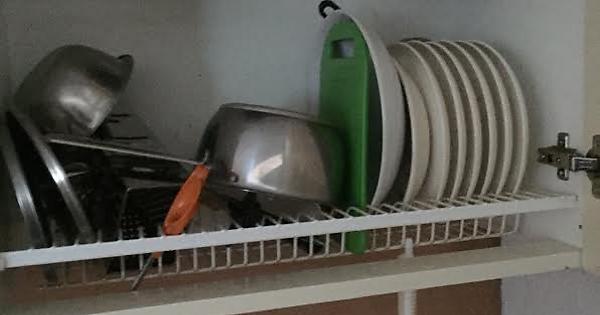 Manufacturing is magic. I love looking at everyday things and seeing why they have certain features, or how they were made. Exploring material properties, mechanics, manufacturing processes, tolerances etc. Someone (or a group of people) thought about all those elements and came up with a solution that worked on a large scale. And these products are just sitting around in your house the whole time. It’s one of those realisations that changes how you see the built world.

Thanks for posting this awesomeness.

I hope bb hires you to help teach about more techie in-the-matrix stuff!

ETA — loved the album too.

And I love how studying and sharing about how a technology is used opens the possibility of thinking about modifying or varying the technology.

That’s true for individual mods like the rdflector and cutting edge uses you mentioned.

It’s also true for social mods, like, say, what would be required for a non-commercial variation of a technology.

The design insights (e.g., pressure versus corrugation) are interesting when considered apart from the proprietary concerns of a particular manufaturer with a contract to produce soda cans.

Has anyone — @kimmo @nothingfuture @noahdjango — found one for bicycle manufacturing?

Has anyone found one for bicycle manufacturing?

I meant an everyday engineering summary of how aluminum cans are made … except bicycles.

This one’s okay… the first minute or so is skippable.

Thank you for the addition!

I haven’t seen an update on the Civilization Starter Kit for awhile.

What would you need to know, if you had to start over? An open source tractor might help.

Wow. This is great stuff. I have some stuff to study now. Thanks.

What would you need to know, if you had to start over?

That shirt is great! I’ve never seen that one before.

It’s perfect for this thread. I didn’t see glass or lenses on there though.

We need another time-traver shirt — an I don’t need the “credit” I just want my community to sufffer less edition.

Fantastic. The editing and conceptual progression of the examples are nicely done.

There was once a truly epic thread I saw on Reddit that I cannot find for the life of me now, but it included an excellent take down of a clueless know-it-all. Said know-it-all was pontificating that they could build an intersection and roadway for much cheaper than what the government paid for it. Out of nowhere, a hero appeared who officially knew his shit (I think he was a civil engineer who primarily did roadways and related infrastructure.) He explained, point by point, that you cannot pay a licensed engineer peanuts to build an unsafe roadway. You also can’t cost-save on the traffic light controls with an Arduino (or something equally ridiculous). He pointed out that the closet that houses the traffic light control system is made out of metal, and that metal is expensive, but durable. It was a masterful slap down and I wish I could find it to post a link here. I’m actually posting in part in the hope that someone knows what I’m talking about and can point to it. I wanna say it was in r/infrastructureporn.

This seems a very good place to ask about a project that has been percolating in the back of my mind for awhile. What I want to make is an on-coming car warning light for Y-intersections with blind corners. It seems it would be easily accomplished with a road tube used for car counting to trigger a signal light, which would stay on long enough for the car to come into view. I would like to ultimately be able to present the idea to the DOT in the hopes that it might be approved for implementation; but I don’t have the first idea where to start as far as either preparing a schematic for such a device, or writing such a proposal. I also am assuming this last step is a necessity, because the idea is that they would be used on public roads. Admittedly I haven’t done much research on this idea but anyone who has more information, ability or willingness than I is more than welcome to the credit. It’s the realization I am interested in. Any insight or information will be heartily welcomed!

That sounds really good. There’s a lot of difference between professional and educational, consumer or experimental projects.

Learning from someone experienced who does reliable work for professional clients — as opposed to, say, the sales rep — is the best.

I hope someone finds and posts the link here.

If it’s a particular intersection you’re concerned about, you should contact your local planning authority and see what they can do. For a lot of “blind” intersections, the issue is vegetation needing to be cut away.

The problem I’m seeing with what you have in mind is the road tube or sensory mechanism. For a system like this, the mechanism has to be 100% reliable in all conditions. Road tubes are for temporary use and relatively fragile. They crack and break after prolonged use and are useless if inadvertently severed. Inductive loops have a hard time picking up motorcyles. I’m certainly not saying it’s impossible, but the reason traffic lights don’t have to get it right 100% of the time is that the failure mode for a traffic light sensor is benign and unlikely to cause an accident. Green still means go and red still means stop, and total failure would indicate to a driver that they should proceed with caution. If people depend on these lights to spot oncoming traffic.and they fail to detect cars even 1% of the time, that’s going to cause a lot of accidents.

Again. not saying that what you have in mind is impossible, but that’s a major consideration. If you need vegetation cut down on particular blind corners, going to your local authorities may bear more fruit as there already exist guidelines and systems for dealing with it. If there are truly blind corners that seem dangerous, check existing standards and see if they’re being met. If it’s more of a systemic issue that you’re having a hard time with (I’m having trouble visualizing the problem you’re describing), that’s civil engineer territory and I wouldn’t know where to start either, but buy one a beer and I’m sure they’ll be able to give you better info than I ever could.

Last year the town where I used to live in England converted a nice roundabout into a light-controlled intersection. It is a wonderful example of what not to do:

(I used to traverse this roundabout at least twice/day, it was never a problem.)

That makes my head hurt. Was this designed by an angry child in crayon?