Exploring the connection between Voter ID laws and structural racism

Doesn’t really happen that often. Can we get back to the issue at hand?

I question the premise that it is harder for a minority to get an ID–that’s just not true, though I agree that lower income folks are more challenged to find time to do so if they do not have other need for ID

So it can be harder for the working classes to get IDs, but that’s not a problem?

It is also relegated to the percentage that don’t work.

I’ve got a wife, 3 kids and a full-time job. It took me 3 trips to the DMV to register my last beater-car, and if I didn’t have a flexible work-from-home policy I would have had to take vacation days. For somebody with 2 part-time jobs and no paid time off that’s a very expensive choice.

Literally, it is making it difficult for people who work, and easier for those with leisure time.

I agree that a big part of the intent of the laws is disenfranchisement, I read the NC transcripts. Any effort to keep eligible voters from doing so is terribly wrong.

Right there you got it, no need to go further.

Unless you think we should disenfranchise thousands and thousands of voters to stop the handful of fraudulent ones.

Ask yourself, if these laws are in place do you really believe there will be more cases of fraud stopped than eligible voters turned away? If not, then which is more damaging to democracy?

Voting days should be on Saturdays instead of Tuesdays… or we should have it as a vacation day. Or all states should adopt the Oregon model of voting by mail.

But clearly, some people do.

And dispassionate analysis of the issue has shown that the number of such people is very, very small. Single digit small. Less than rounding error small. Too few to swing even the tightest of elections. A problem that simply isn’t big enough to justify worrying about, let alone enacting a “solution” that has the effect of disenfranchising thousands of legitimate voters.

These exist, and they work, which is why we have the kind of incidents Voter ID is purported to prevent numbering in the dozens. Voter ID, however, is designed to disenfranchise and doesn’t prevent the kinds of electoral fraud that happen more frequently. Voter ID itself is a kind of electoral fraud.

I distrust the constantly repeated mantra that “Voter fraud is not an issue”.

Why? You’ve seen the statistics. Since you don’t trust them, do you have access to some private numbers, or is this just a “gut feeling”?

I question the premise that it is harder for a minority to get an ID–that’s just not true, though I agree that lower income folks are more challenged to find time to do so if they do not have other need for ID, though it is relegated to the percentage who don’t drive or drink or purchase things on credit or bank.

Well, from my point of view, which is admittedly regional, that’s the whole thing about structural versus personal* racism. In Delaware we purposely build systems (such as the school system, the voter registration system, and the driver license system) to discriminate against the poor. This is not illegal and it’s often quite openly stated by proponents. But in Delaware, the poor are disproportionately people of color - the darker your skin tone, the less likely you are to own a car, or be able to take time off during the hours that the DMV is open, or be able to get your child into a high performing school, and so on and so on. Certainly individuals are not necessarily harmed by this - my dark skinned children will never have a voter registration problem. But as a group, people of color are underrepresented in Delaware voter pools, because they are so much less likely to have the income and other resources necessary to be accredited voters.

In Delaware, when the RealID stuff was enacted, it took me four separate trips to the DMV to get my driver’s license renewed. I can do that, because I can take off in the middle of the day for several hours at a time and my boss doesn’t care, and I only have to work one job. Lots of people can’t do that, and the people who can’t are disproportionately people with darker skin than mine.

* personal may not be the right word. You know what I mean!

I understand that people can remain on the voter roles after they have passed on or moved away. What concerns me, is when after dying, they submit a new voter registration, or actually vote.

I don’t see what that has to do with the post that you replied to.

The two posts above you in the chain that you replied to are challenging the assertion that there are “dead people voting,” since they are just being matched by name. With common names, it’s much more likely to mean that it’s a different person with the same name, rather than an a person trying to vote in a dead person’s name.

So I don’t see how your reply about “well, the problem isn’t that dead people are passively staying on the rolls after they die, but are actively being re-registering” is anything but a non sequitir.

And I really am not claiming that I know about massive voter fraud.

And yet you know it well enough to argue that the harm being caused by this voter fraud is greater than the harm caused by the voter suppression inherent in voter ID.

I admit that I am not an expert on the urban poor.

And I really am not claiming that I know about massive voter fraud.

…then why are you still talking?!

I believe you have hit the heart of the issue. I don’t support anything that would actually prevent qualified voters to do so. But that does not preclude taking first-world measures to prevent voter fraud.

I must say I am rather taken by the term “fist-world”. 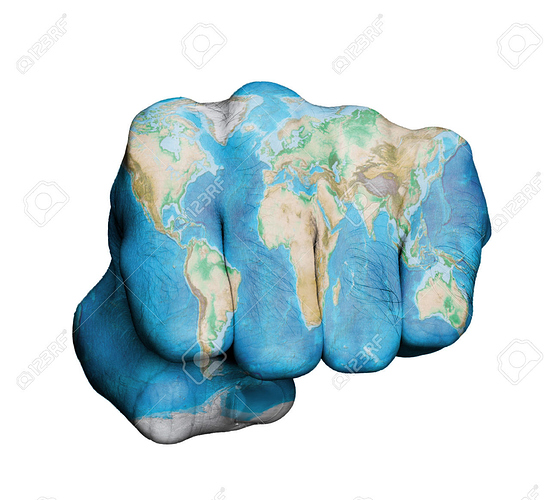 (Clearly a typo, as I assumed, since you fixed it. But I enjoyed it while it lasted.)

Because people who address the issue by just repeating the phrase “voter fraud is not an issue” don’t seem to have special insight either.

Do I get credit if it becomes a catchphrase or meme?

Do I get credit if it becomes a catchphrase or meme?

Yes, absolutely! I’m big on attribution, I will support your first use.

I don’t support anything that would actually prevent qualified voters to do so. But that does not preclude taking fist-world measures to prevent voter fraud.

Not everyone in the United States lives a first-world lifestyle. If anything I’d be more apt to accept a third-world solution: mark voters’ fingers with indelible ink like they do in Afghanistan so nobody can vote twice. 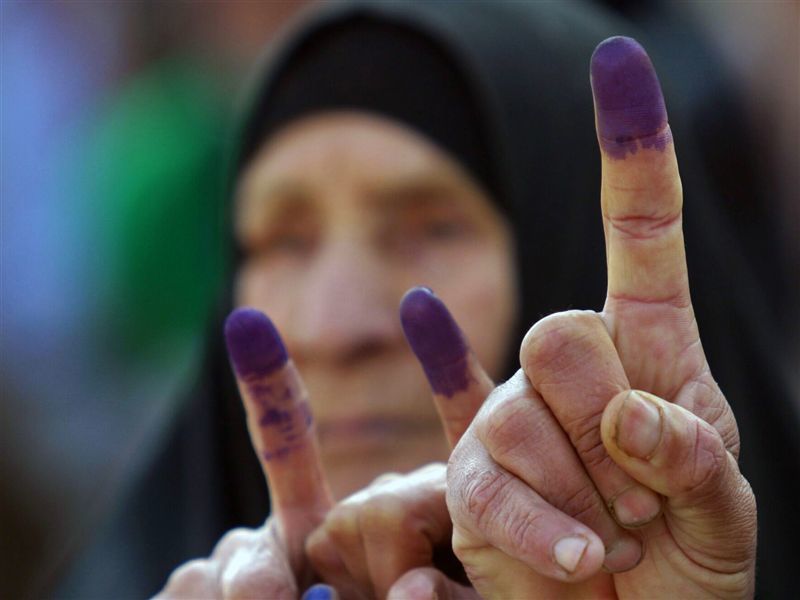 You keep saying that, but your behavior says otherwise–or, at the very least, I personally question your definition of what you consider to be “eligible”.

The facts are that you keep trying to derail conversations about how there are unreasonable methods being used to keep eligible voters from voting in order to keep bringing up your admitted emotional bugaboo about “voter inflation” is not only off-topic, but also shows your priorities. You’d rather talk about something that has been shown, repeatedly, to be at the level of statistical noise because you have an emotional but otherwise unsubstantiated belief, as opposed to discussing the actual topic about how people are being systemically denied the right to vote because of who and what they are. And you do this every time the subject is brought up. It doesn’t matter what the statistics are, you’ll move the goalposts to ignore them. It doesn’t matter what the actual rates are, you’ll pull a false equivalence fallacy and a golden mean fallacy to insist that, well, even if it doesn’t actually happen, it might, because “the two sides aren’t any different”, so we must be ever vigilant against the risk. And for those people who are actively being disenfranchised… well, you’d rather talk about those who you feel shouldn’t be voting.

Having watched you do this a few times now, it seems that you’d rather have thousands be robbed of the right to cast a ballot than risk a single fraudulent vote, and call such an arrangement emotionally acceptable as a salve to your fears.

So, I’m flagging your posts as Off-Topic, and telling you to go make yourself a #wrath thread about the perils of “voter inflation” already, and stop derailing.

Then let’s build a first world society that can do that. It seems to be difficult for many people to grasp, but getting a photo id is time consuming.

Bring a power bill? Great. Except I’m poor and rent week to week, so there are no bills in my name. Same goes for a lease. Also that means I move around a lot, so any mail is pretty much not happening.

Or I’m homeless. Still a US citizen, do I get a vote? I’ve helped people try to get back on the grid here. Just gathering documents to prove who you are can be a nightmare. No birth certificate, ok, get it from the county of your birth. What? Poor people are more likely to move around in our first world fluid economy? And you don’t know what county you were born in(acutely quite common)? That’s OK, contact the State office of vital statistics, I’m sure they’ll get right back to you at your nonexistent phone number and nonexistent address provided you can find the right person to begin with.

Again, your proposal hurts democracy. Given your story you’ve shared here I don’t think that’s something you want to do.

That is the best explanation I have heard. I have to admit that I do not know what it is like to live in such conditions, and I really do not want to deny those people any of their rights.