is it too much to hope that something like this won’t stampede easily frightened americans into voting for trump? 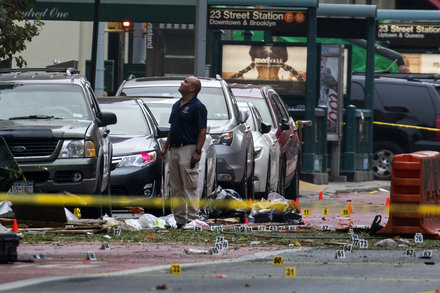 An explosion caused by what the authorities believe was a homemade bomb injured at least 29 people in the Chelsea neighborhood. A second explosive device was later found four blocks away.

No it’s not too much. The old steam pipes used to explode all the time in NYC, but I dunno if that’s still a problem. Looks like “the authorities” are talking to the press, but not much is known. More importantly, When people are polled about handling terrorism, Clinton beats hell out of Trump. Pretty sure generic Democrats are beating Republicans too.

EDIT: The World Trade Center I can see. But who the hell would bomb Chelsea? I wouldn’t be surprised if it’s personal.

Good summary (as of now) from the NY Times: 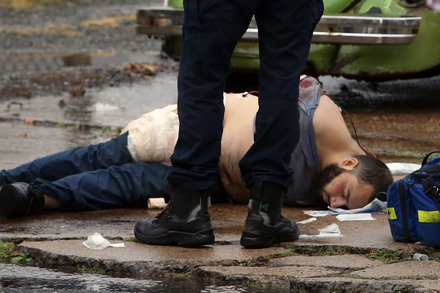 Chelsea Bombing: What We Know and Don’t Know

The authorities charged Ahmad Khan Rahami in federal court in New York on Tuesday in connection with bombings in New York and New Jersey, saying he was inspired by Osama bin Laden.

But who the hell would bomb Chelsea?

Maybe one of those extreme anti-gentrification activists?

Theirs was a lost cause in the 80s.

Is this where I confess that I feel like a horrible person for my initial, tenth-of-a-second thought being ‘This is going to bump Trump’s numbers’ rather than ‘Gee, I hope everyone’s OK’?

This topic was automatically closed after 153 days. New replies are no longer allowed.