How many cops and national guardsmen are Boogaloo sympathizers? Their groupthink needs to be aggressively rooted out.

Rather than ban the users and the groups they just make the groups harder to find? Good job.

Here’s an idea, Mark: why not make them unfindable, as in, non-existent?

That makes too much logical sense.

You’re a fan of those coolers as well?

At least we’ve still got our shared love of blue goo. 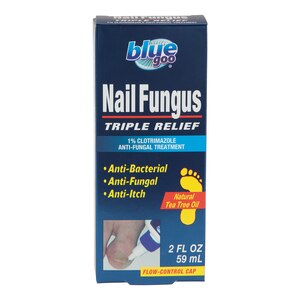 (as an aside, I assume that there’s likely some real overlap in interest in the groups…)

Rather than ban the users and the groups they just make the groups harder to find? Good job.

Keep them for FBI surveillance?

Hey, as long as Facebook has stopped recommending “boogaloo” groups this issue is done and dusted. Right? /s

Facebook is such a miserable pile of steaming feces.

How brave of them.

The GOP is the “Big Igloo” party.

Christ, I hope Zuck doesn’t go after my “Bugaloos” group.

How about a concerted effort to figure out the crossover of membership of police/military/ice etc… and these facebook groups, and then dishonorably discharging/firing with prejudice all these a-holes?

Then set up a bunch of decoy groups to attract the same. Make it so racist a-holes never know if the group they’re joining is quite possibly a fake designed to lure them out.

If you’re not going to ban this sort of crap wholesale, then at least use it to root out the rot within.

There was a really interesting blog post on these nutty groups on bellingcat. They are really odd and I am sure capable of violence. the study of their imagery, references was realling interesting and the bleed between incel/supremacy/alt-right/racist is alarming

The Boogaloo Movement Is Not What You Think - bellingcat

On May 26th, crowds gathered in Minneapolis, Minnesota, to protest the death of 46-year-old George Floyd at the hands of the city’s police department. Floyd was black. Many of the protesters were people of color.  The department fired four...

What we really need is an announcement for an “Electric Boogaloo: Breakdance 2” remake to crapflood the hashtag.

That was a fascinating article and I just read the whole thing. But the title is a bit misleading because the text showed the boogaloo movement is exactly what I thought it was.

Stuff like that should be required reading for every journalist. The inside knowledge from Bellingcat’s embedded investigators really cuts through the layers of irony and symbolism these kinds of groups use to confuse journalists and law enforcement.

That was an insane read. Thanks for posting. That movement seems to be a textbook example of online incestuous amplification.

Facebook is such a miserable pile of steaming feces.