Not an excuse, but I can easily see two teenaged boys doing this and not considering the ramifications.

Not an excuse, but I can easily see two teenaged boys doing this and not considering the ramifications.

The time has passed when white teenaged boys can assume they have that luxury. In addition to being fired they should be prosecuted for a hate crime.

I can too, which speaks volumes to the sorts of lessons we (as a society, not you and I in particular of course) teach (white) teenage boys about what is funny/edgy/whatever as opposed to what we should be teaching them about harming others. The problems we’re seeing are bone deep in our culture.

That doesn’t preclude their facing serious consequences. The days of “(white) boys will be boys” and “just joking” should be over. 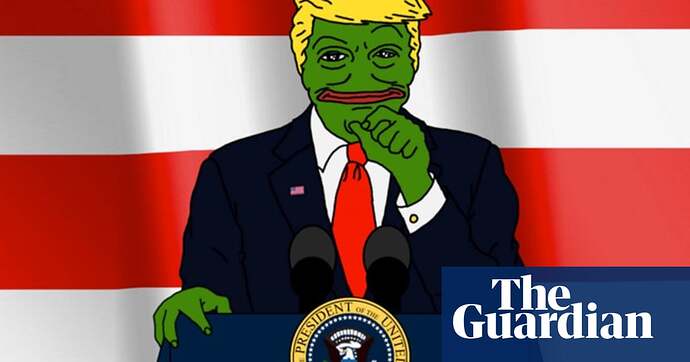 Hiding in plain sight: how the 'alt-right' is weaponizing irony to spread...

Being transgressive is part of growing up. They’re trying to figure out where the line is and how close they can get to it.

I agree that teenagers (boys and girls and non-binary) are going to be impulsive and maybe even cruel at times regardless of all other factors because of development. But the particularly nasty flavor of hateful “haha Nazis are funny and I hurt your feelings!” humor that this kind of thing could represent is couched in so much other stuff. I don’t know…I have a hard time imagining this stuff isn’t strongly linked to the various toxic forms of privilege and power baked into the racial/gender/religious issues the US has yet to root out.

“One of the Rice Krispies said, ‘snap, crackle, fuck you!’”
-George Carlin

Boys being boys will likely be their parents’ narrative too. They likely won’t own it as their parenting failure.

but I think it’s part of being a teenaged boy, not just being a white teenaged boy, to act impulsively without ever thinking through the results.

Teenage girls and all teens of color aren’t afforded that luxury.

Being transgressive is part of growing up.

Not for everyone, no. And if you think a symbol of white supremacy is “transgressive” in modern america… I don’t know what to tell you.

maybe even cruel at times regardless of all other factors because of development.

Except not all of them are, and teen girls and teens of color are held to a different standard.

Is this evidence that only fascists hate pineapple on pizza?

tried to call the story but

It amuses me they got it backwards. I hope they were working from one of their tattoos.

I wonder if these two ignorant dumbfucks will have more trouble getting another fast food job one town over than cops who are fired?

… only fascists hate pineapple on pizza?

Unless I’m an outlier, no.

I can think of actual people I’ve met and or worked with irl and see how they might have done something like this based on their own anecdotes. I’m glad it’s harder to get away with. And to this day I don’t really know how to handle that situation where a forty something year old dude in the office tells you a funny story from their youth that leaves you creeped out for years after you left the company but if I had to summarize the impression I’ve been left with then that impression is that WHITE BOYS ARE GETTING AWAY WITH TOO DAMN MUCH.

Facing the consequences of acting impulsively without thinking of others is how one learns to modify that behavior. You say it’s not an excuse but… It kind of is though? Because otherwise why bring it up at all? Asking sincerely fwiw.

Yeah me too. I was made less mad when I realized it was a grab and go which was like oh just teenagers being idiots and not thinking it through. On the other hand it is obviously not the kind of shit that will be put up with anymore. I am sure they will find another fast food job soon.

Facing the consequences of acting impulsively without thinking of others

Or oneself for that matter which was most if not all of my teenage stupidity.

I kind of agree. The ultimate failure is that society gives teens, naturally testing boundaries, the impression that swastikas are merely ‘edgy’ or “a bit naughty”, rather than utterly ****ing unthinkable.

OTOH, I think that impression needs to be conveyed by…

Well, education would be ideal, but I do think that needs to be reinforced by the possibility of serious criminal charges with permanent impact on future lives.

[And, as @TornPaperNapkin quite rightly points out below, they need to be applied equally to all. That’s a bigger issue!]

Is this evidence that only fascists hate pineapple on pizza?

An object featuring pineapple is not a pizza.

Personally I think the boundaries themselves are the problem. Privileged kids test them and find they will be allowed to get away with more and more and that is what they learn to expect. For some kids impulsively stealing a candy bar is a literal death sentence.