“But overall, we saw, we see Boston continually priding itself as a kind of liberal, not racist city, and are reminded also constantly that it’s actually an extremely segregated city.” 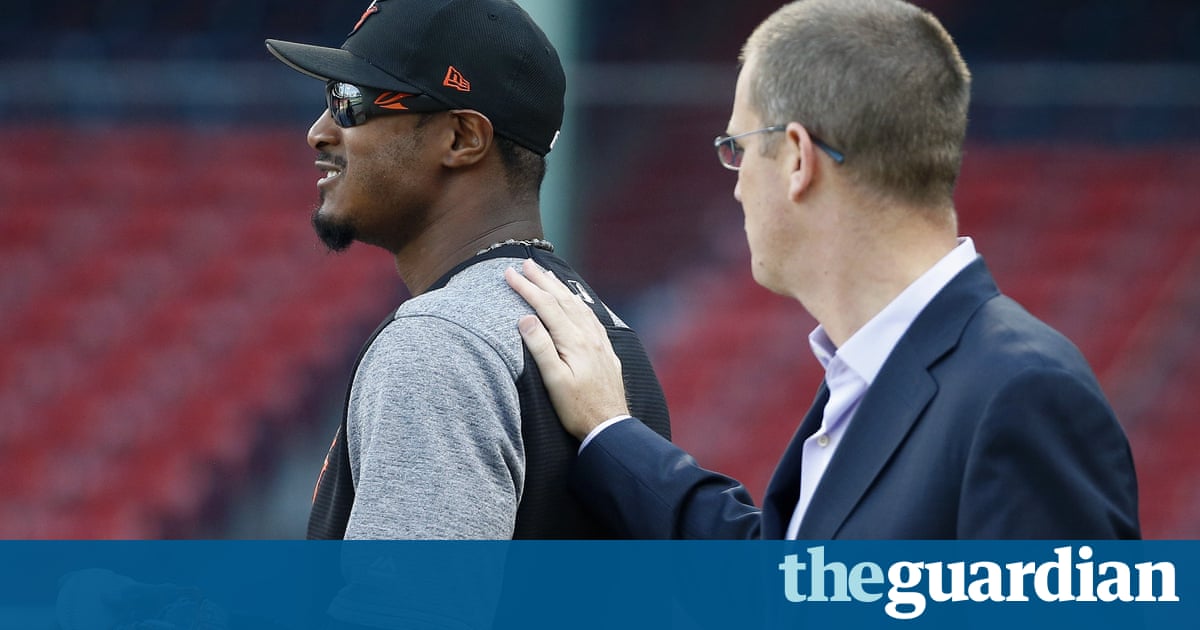 Adam Jones had to endure racist slurs at Fenway Park earlier this week, and it raised uncomfortable questions for not only Boston but baseball itself

To say nothing of the racist history of Baseball.

Yeah, I’d give them +10 points for intent and -8 points for clarity of message.

Exactly. They stupidly made it ambiguous. It should have said “Racism is Unamerican.”

They apparently occupy a world where we can assume a person thinks “racism” is bad.

Americans don’t like things hitting too close to home [plate].

Reminds me of that observation “someone drew a swastika on Trump’s star on the Hollywood Walk of Fame and there’s no way to know if it was put there by someone who hates him or someone who supports him.”

It was like the Pink Floyd-esque “Trump Wall” shirts. It was far from obvious whether they were put together by someone who was pro- or anti-Trump (they were pro-Trump, it turns out).

Agree with the ambiguity observations here. I’d expect more clarity from city dwellers coming from an area that has a college or university every 100 feet.

Whether it was badly phrased or not, they are correct. The truth hurts, especially if you’ve spent your entire country’s existence denying and marginalizing it.

we see Boston continually priding itself as a kind of liberal, not racist city,

Never been to Boston, but that is NOT the stereotype I am aware of.

“Racism Is As American As Baseball.”

Uh yeah, but many people, including myself, see that as a pro-racism statement. Honestly, before I read the article, I thought it was an alt-right message.

Baseball is seen as a wholesome, good thing. The National Pastime. And when you say Racism is as American, or as “good”, it is pretty easy to see where the signals get mixed up.

I guess if ones view skewed more towards America being horrible, and not liking baseball, it would make more sense. But if your message requires this much explaining/context, then I would recommend clearing it up some.

I’m glad that the Red Sox are applying the rule fairly without making exceptions based on the content of the banner.

Only white people holding up that banner. Kind of an object lesson.

If it was a group of black/POC, then I think I would have gotten the intended message.

I don’t like baseball and I, too, found the banner ambiguous in meaning.

Even now understanding its intent, I find the message confusing. Are they saying that American has always been racist. I’d agree to that. But it also could be seen to say part of what it means to be ‘american’ is to be racist and that sounds more like advocacy or at least tacit approval of racism.

I could not determine if it was intended to be a pro-racism banner or an anti-baseball banner.

“But overall, we saw, we see Boston continually priding itself as a kind of liberal, not racist city, and are reminded also constantly that it’s actually an extremely segregated city.”