This could have been avoided if Georgia had just offered him a free game of golf, a free meal, and maybe a rent boy for the evening. Apparently that’s all it takes for this boot-licking moocher to show up for anything.

“Why when they say ‘Everything trump touches dies’ they surely don’t mean senior senators! Why just look at Tom Cotton there! He’s do’n jus’ fine. …sure mah lawyers will straighten out this here little imbroglio in due time. Yes indeed.” [jaw drops off during smile. reattaches it with great aplomb] -sigh-

Your honor; I was lead to believe that I was above the law.

Fingers crossed said testimony actually goes somewhere too instead of getting dropped by the wayside.

Remember when he briefly pretended to care about actual election results and the peaceful transfer of power for during the 45 minutes or so in between the violent chaos of the January 6 insurrection and the first polling results showing that Republican voters were mostly cool with said insurrection? 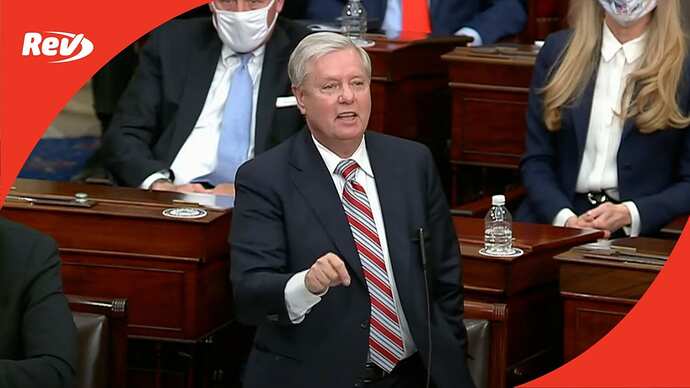 Senator Lindsey Graham gave a speech on the Senate floor on January 6, after Donald Trump supporters and protesters broke into the Capitol building. He acknowledged that Joe Biden legally won the 2020 presidential election and supported counting the...

I do. Also remember that Kevin McCarthy nearly grew a spine for a few minutes during that time as well. But we all knew it wouldn’t last.

I have high hopes that my state will actually follow through on this to a satisfying conclusion. I suspect I’ll be disappointed.