Good news, but this kind of thing should also remind those who fear Trumpism that he and his minions have been working furiously – behind the scenes of Trump’s Daily Outrageous Tweets – to fill courts with extreme rightwing judges. And to replace apparently fair-minded ones like U.S. District Judge Susan R. Bolton.

When we dismiss this administration as woefully incompetent, we do so at the risk of overlooking the many nefarious, damaging things it’s doing, behind the scenes as it were.

As for Trump himself, with all the time he’s spent battling this and that in court, I wouldn’t be at all surprised if he’s had an active hand personally in this court-packing effort. 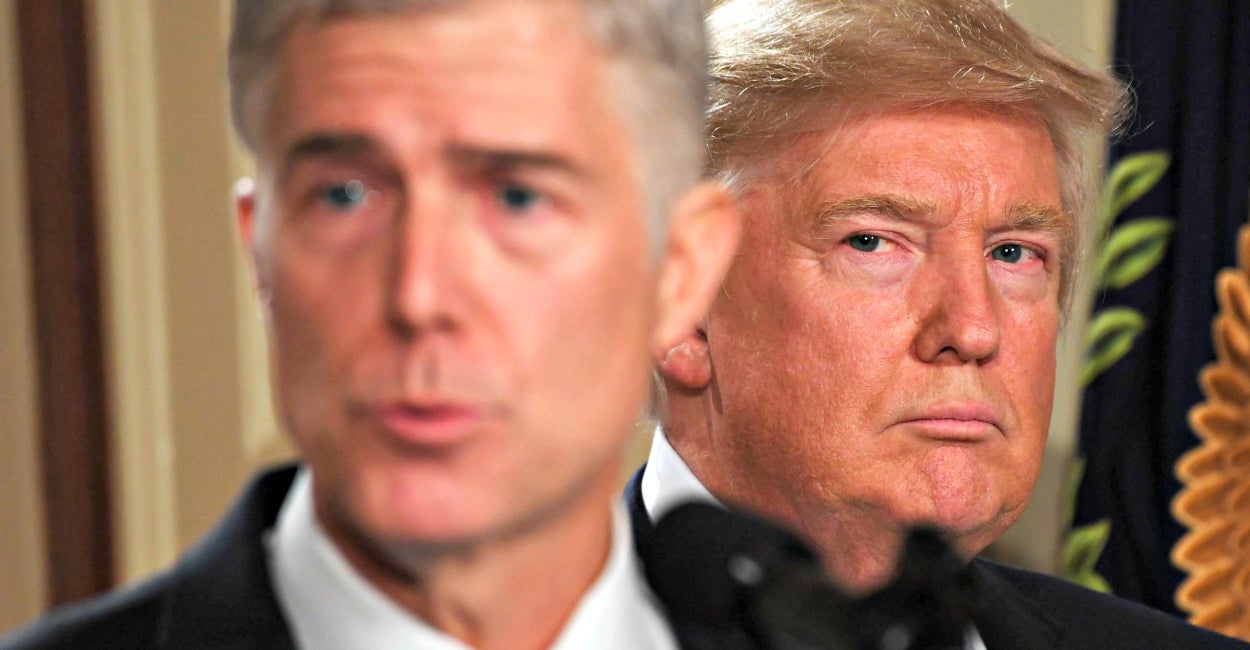 Trump has nominated 44 federal judges across courts, and has eight confirmations from the Senate.

Hopefully, civil suits will break Arpaio and his family.

As for Trump himself, with all the time he’s spent battling this and that in court, I wouldn’t be at all surprised if he’s had an active hand personally in this court-packing effort.

It is certainly true that the Tweeter in Chief has been involved in more than his share of litigation.

But I would credit his extraordinary number of judicial appointments to the Republican leadership in the Senate.

They basically held all of these appointments open for him, Gorsuch being only the most notorious example.

The Republicans are playing a long game here. They’ve been doing it since at least the wave election of 2010, where their focus on down ticket contests gave them the ability to gerrymander the living shit out of things, to the detriment of Democrats in specific and democracy in general.

I think Republicans are out-playing Democrats rather dramatically in the long game. It’s as if the Democrats can’t even perceive what’s happening.

No, state and local government have his back. Party of personal responsibility, you know.

The Democrats perceive what’s happening just fine. But they have limited options for doing anything about it.

The existing systemic bias is already strong enough that the Republicans are getting away with open voter suppression, for example. How do you beat that?

Follow-up note: Some backwards-thinking conservatives have the misguided notion that expunging records/wiping the slate clean means that the bad press is all behind them, yet life still finds ways to prove that assholes are still gonna asshole.
I predict this is just a political warm-up session for Arpaio, unless he kicks the bucket soon.

So if the conviction stands does this mean Asspiao can no longer vote?

Matters less that he is retired, but I think the big takeaway is that he is still excluded from certain roles by virtue of having a “criminal record.”
E.g. No chief of police job for you.

Asspiao can no longer vote?

That depends on each invidual state. In Florida, not until pardoned by the state governor. In Vermont/New Hampshire (can’t remember which state) felons can vote while incarcerated.

Yeah, I looked it up and he can. Arizona automatically restores voting rights after completion of period of supervision. (Or if pardoned)

Which is good as I thought this was permanent for all felons but bad as I wanted the bastard punished in SOME way.

I was curious about this, so I looked up the statute. There is an interesting wrinkle. For a first felony, restoration of civil rights requires that the convicted person “completes a term of probation or receives an absolute discharge from imprisonment.” Since Arpaio was convicted, but wasn’t sentenced (and can’t be), I don’t see how he can meet the requirement of AZ law that the sentence be carried out prior to restoration of the voting right.

It would be interesting to hear from an Arizona criminal attorney on this!

Hopefully he can’t own firearms anymore either…

It’s Arizona. I think there are zero restrictions on owning/carrying/brandishing firearms.

Want to give your five year old a Glock so he can take it to kindergarten for show and tell?

No problem, just move to Phoenix.

Shows you what I know: I was less bothered by Donald’s pardoning of Arpaio because that’s what a piece of shit like Donald does to pander to his base, but by the timing, before any verdict was reached. Very weird, to me. The timing, not the pardon.

Did his criminal contempt qualify as a felony?

Can a Felon Own a Gun in Arizona? | Felony Gun Laws

Click to learn about gun laws for felons in Arizona, and what you can do to restore your gun rights after a felony.

Officially branded as a Capital “R” Racist by the US Government. I bet he’ll still make plenty of money addressing KKK and White Supremacists rallies though.

If it was a felony conviction, then federal law would prevent him from owning guns, even if AZ law wouldn’t.